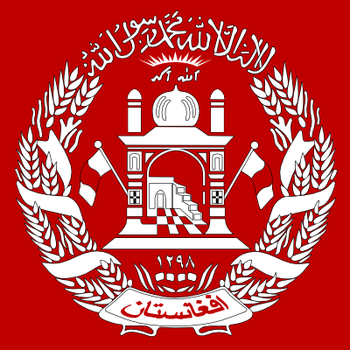 Afghanistan is a country with many different cultures – a crossroads between East and West – and has been a former center of trade and migration. It is an important geographical strategic location that connects southern, central and southwestern Asia. During its long history, the country has experienced numerous invasions and conquests, while on the other hand, local units invaded the large surrounding areas to form their own kingdoms. Ahmed Shah Durrani created the Durrani dynasty in 1747 with its capital Kandahar. Afterwards, the capital was moved to Kabul and most of its territories were handed over to the former surrounding countries. During the late 19th century, Afghanistan became a buffer state in the “Great Game” between British India and Tsarist Russia.

Since the late 1970s, Afghanistan has been hit by continuous and brutal civil wars, including foreign interventions in the form of the Soviet invasion in 1979 and the recent invasion in 2001, led by the United States, which ousted the Taliban regime. In late 2001, the UN Security Council approved the creation of the International Security Assistance Force (ISAF). The force is made up of NATO troops who are assisting President Hamid Karzai’s government in establishing law and order, as well as rebuilding the country’s infrastructure. In 2005, the United States and Afghanistan signed an agreement on strategic cooperation that binds both countries in a long-term relationship. At the same time, the international community has also contributed billions of dollars for the reconstruction of the country.

In recent years, opium trade has increased sharply in the country, and in 2006 it was estimated to account for about 35 percent of Afghanistan’s GDP. Afghanistan accounts for 93 percent of total opium production in the world. Several of the country’s historical monuments have been damaged or destroyed during the wars in recent years. Two famous statues of Buddha in Bamian province were destroyed by the Taliban who believed and claimed that they could influence the faith of the people. Under Taliban rule, women and girls were excluded from schools and education. Now the girls have started being let into the schools again, but many are still outside the school system.

The following objects in Afghanistan are listed as a UNESCO World Heritage Site.
The year in which the item was added to the list is indicated in parentheses.

Electricity and electrical outlets in Afghanistan

According to Countryaah, Kabul is the capital of Afghanistan, and has about 3 million residents (2005). The city is the country’s economic and cultural center, and is strategically located in a narrow valley along the Kabul River, high in the mountains before the Khyber Pass. From Kabul, a tunnel runs under the Hindu Kush Mountains to Tajikistan.

The city’s main trade products include ammunition, fabric, furniture and beet sugar, however, constant warfare since 1979 has limited the city’s economic productivity. Kabul is one of the cities in the world with the most landmines. Its population is multicultural and of several different ethnicities (mainly Pashtuns, Tajiks and Hazaras), which reflects the country’s ethnic diversity. However, the city is still under reconstruction after decades of war and destruction, and it is therefore difficult to safely assess its population within different groups.

Kandahar is a city in southern Afghanistan with 450,300 residents (2006). It is the capital of Kandahar Province. The city has very old origins, but in its current form it must have been founded by Alexander the Great when Afghanistan was part of his great power Macedonia.

In 1747, Kandahar became Afghanistan’s first capital. The city was the headquarters of the Taliban movement between 1994 and 2001. The war in the 1980s between Soviet troops and Afghan guerrillas and the US bombings in 2001 wreaked havoc on the city and its surroundings.

Mazar-e Sharif is the largest city in northern Afghanistan and the capital of Balkh Province. The city has 254,300 residents (2004), mainly Tajiks, and the dominant language of the city is Dari. The city is of particular religious importance to Shia Muslims, who believe that Ali, the fourth caliph, is buried there.

After the Taliban took control of much of Afghanistan, Mazar-e Sharif remained a stronghold of resistance groups for several years. Between May and July 1997, the Taliban tried to take control of the city, but failed. However, they succeeded in capturing the city in August 1998. In November 2001, the city was recaptured by the Northern Alliance after heavy fighting with the help of the United States.

Mazar-e Sharif was originally a suburb of the city of Balkh (formerly Baktra). The name is Persian and means the tomb of the saint. The Blue Mosque in Mazar-e Sharif is considered one of the most important shrines in Islam. Ahmed Sanjar already built a mosque on the same site in the 12th century, but it was destroyed by Genghis Khan in the 13th century. Today’s building was erected in the 15th century by Husain Baiqara.