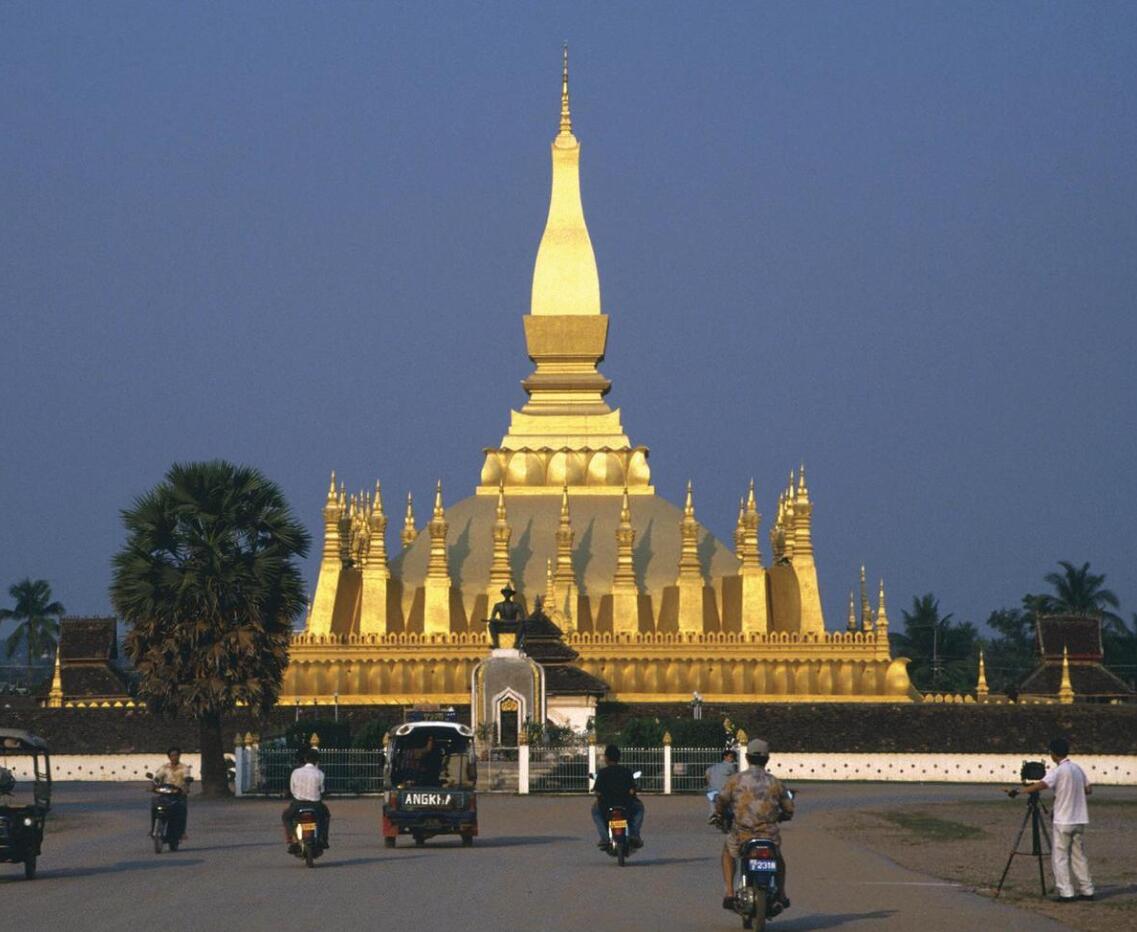 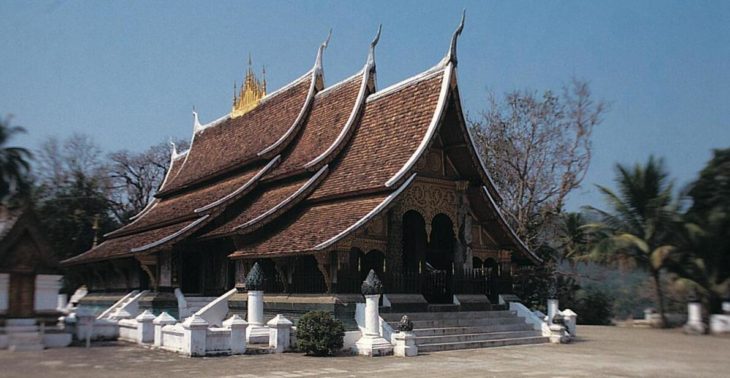 Characteristic of Laos’ temples are two-tiered ceilings that swing in elegant curves, erected on a wooden frame.

The most typical religious building in Laos, as in other Buddhist countries in Southeast Asia, is the stupa (that). It is very sturdy, built of brick and is often domed. Most characteristic is the stupa with onion-shaped spire (That Luang in Ventiane). The stupa contains Buddhist relics, legal texts or ashes of the deceased. Laos’ temples often have two-layered roofs that swing in elegant curves, erected on a wooden frame. The ceilings can also rest on wooden or masonry columns in an enclosed gallery.

The most important Khmer monument in Laos is the Vat Phu temple, built on a hillside overlooking the Mekong River, about 8 km south of Champassak, south of the country, built in the 600-100s.

A distinctive and original architecture developed during the Lan Xang Kingdom (1353-1707), but also shows influence from Khmer art and especially Thai art (Ayutthaya). The oldest monuments in the Lan Xang Kingdom are Vat Visun (1503) with the great stupa That Mak Mo, and Vat Xieng Thong (1561), both in Luang Prabang. Characteristic of the temples in the north are the huge roofs that swing over very low walls (Vat Xieng Thong). In Vientiane in the south, the temple of Vat Ho Phra Kaeo was erected, with the great stupa That Luang (1566). Characteristic of the temples in the south is that the walls are higher and that the roofs are not so oversized. In the 1700s and early 1800s, few temples of significance were erected, but older buildings were rebuilt and restored.

In Luang Prabang and Vientiane, brick villas were erected under French colonial rule (1893–1947), often with ocher-colored plaster. The largest ones often have a terrace, highlighted in the middle, in some cases supported by columns. The Royal Palace in Luang Prabang, erected in 1904-24, was transformed into the National Museum in 1976. After independence, modern buildings were erected in the cities, i.a. The Anusavari (Independence) Monument in Vientiane, a concrete triumphal arch, overlaid with decorative motifs.

An important task in recent times has been to reconstruct and restore older temple architecture. New construction and reconstruction have often been based on the most original temple model from the north; the one with the big sweeping, sweeping roofs that almost reach the ground. 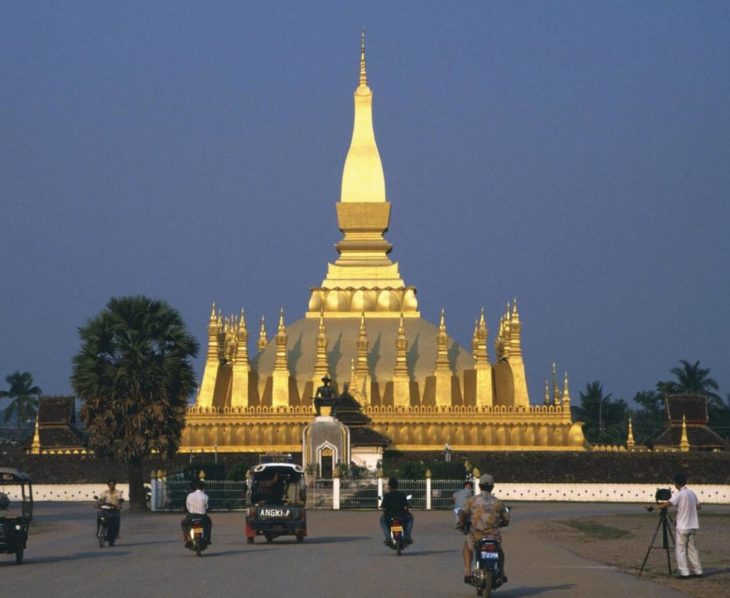 Pha That Luang in Vientiane, The Great Stupa, is the most famous Buddhist temple in Laos. It was built by King Setthathirath in 1566 and is said to have contained a Buddha relic. In front of the temple is a statue of the king erected. The 45-meter-high building has been destroyed by invaders a number of times, but is now nicely restored. The temple is one of Laos’ national symbols and is part of the country’s national arms.