Armenia is located in the South Caucasus in West Asia, and borders Georgia, Turkey, Azerbaijan and Iran. In the south, Armenia also has a border with the Autonomous Republic of Nakhchivan, an exclave to Azerbaijan. 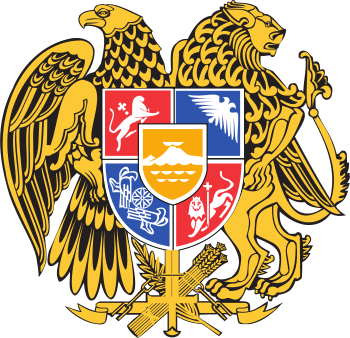 Armenia as a state formation has a history that extends to before the beginning of our era, eventually in the form of the Armenian kingdom. Throughout the course of history, it has had varying sizes, the largest being around 80 BC. as it stretched from the Caucasus down to the Mediterranean. This kingdom was also the first country to adopt Christianity as the state religion, in 301. The kingdom was eventually conquered by the Roman Empire, by the Byzantine Empire, by Persia, and by the Caliphate. From the beginning of the 16th century Armenia was part of the Ottoman Empire and from the beginning of the 19th century it came under Russian supremacy. Today’s independent state first emerged in 1918, after the Russian Revolution, but became Russian again in 1920, this time as a Soviet republic.

Armenia’s borders have been moved countless times throughout history and migrations have taken place, which is why large groups who consider themselves Armenians today live in the neighboring countries. Following its independence, Armenia has been involved in an armed conflict with its eastern neighbor Azerbaijan over areas believed to have Armenian populations, most notably Azerbaijan’s Nagorno-Karabakh, which has been controlled by Armenia since 1994. This conflict has still not been resolved.

Another unresolved issue concerns the responsibility of the Armenians killed during the period 1915 to 1920 in Western Armenia in Turkey. On the basis of extensive evidence, Armenia claims that a genocide was committed and that Turkey is responsible for this. Turkey believes instead that no systematic killing of Armenians has taken place. This, together with the fact that Turkey is closely allied with Azerbaijan, means that Armenia also has strained relations with its neighbor to the west.

Geographically, Armenia is often considered to be in Asia, but the country’s political and cultural ties to Europe mean that it is often included among European countries.

The following objects in Armenia are listed as a UNESCO World Heritage Site.
The year in which the item was added to the list is indicated in parentheses.

Electricity and electrical outlets in Armenia

According to Countryaah, Yerevan is the capital of Armenia. It is close to the border with Turkey and has just over 1.1 million residents (2007). When Noah, according to legend, came down from the biblical mountain of Ararat with his animals after the flood, the valley of Ararat, where the city is located, was the first thing he saw. Yerevan in Armenian means “vision”.

Yerevan is considered one of the oldest existing cities in the world. During its long history and due to its strategic position, Yerevan was conquered and controlled by the Arabs, Persians and the Ottoman Empire before Russia annexed the city in 1828. After the entry of the Red Army, Yerevan became the capital of the Armenian SSR and thus part of the Soviet Union. between 1920 and 1991. Since 1991, after the dissolution of the Soviet Union, it has been the capital of independent Armenia.