Arts and Architecture in Iran 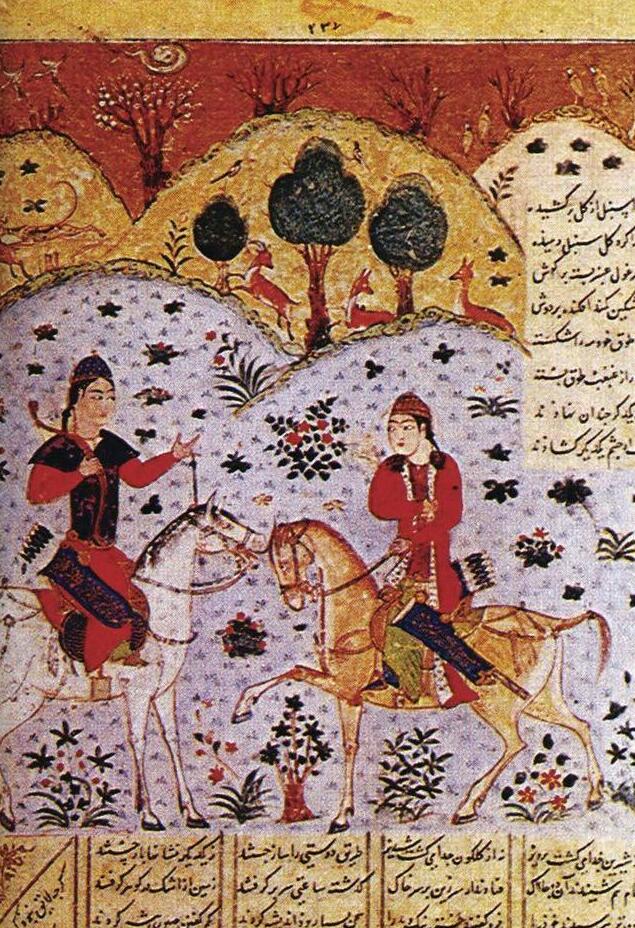 The prehistoric art in Iran is linked to several centers, of which Sialk south of Tehran is the oldest. The richest finds date from the 900-800 BCE. and includes ceramics and metalwork. Metal art has always been high in Iran. In the early period (700–600 BCE), the bronze from Luristan in the Zagros Mountains in western Iran was especially famous. They were exported and found among other things in Greece. Certain motifs in both early Greek and Etruscan art seem to be inspired by Luristan bronzes. Also the medical arts from the 600-500s have left behind beautiful metal works. 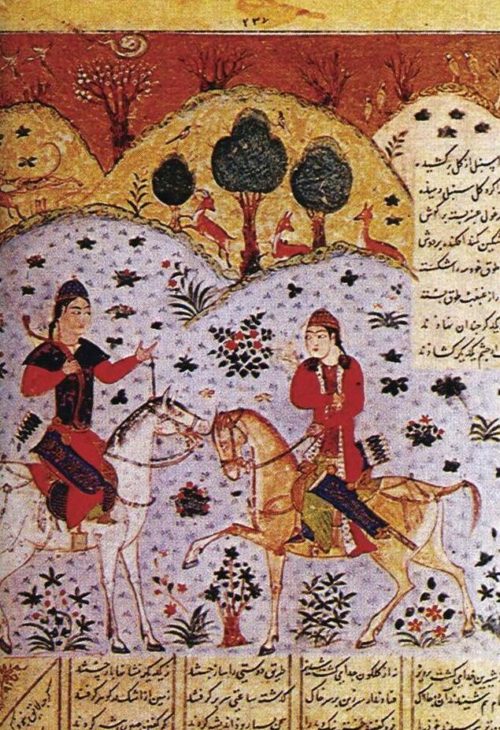 Book illustrations from the 1400s. It was at this time that perhaps the finest Iranian miniature paintings were made. The picture to the left is from an anthology for Prince Baisungur, from 1420. It depicts a hunting scene with Khusrou and Shirin.

In Persepolis, the staircase facades are richly decorated with reliefs that mainly show the Persian king’s subjects marching in long rows. Some of the characters are drawn into the architecture and look as if they are walking up the stairs. From Akemenidic times, there are also reliefs carved into the rock wall, an art form that is especially developed later, during the Sasanids. Other Acemenidic artworks include metal works and beautifully carved bricks.

With the conquests of Alexander the Great, Iranian art was strongly influenced by Greek. On the one hand, works of a purely Greek nature, on the one hand, a mixture of art that developed after the parties’ conquest of Iran, and which flourished in the centuries surrounding the birth of Christ. Stylistically and motivationally, you notice some inspiration from the Greco-Roman world, but the art also has a distinctly eastern feel.

Partial sculpture includes statues of rulers and dignitaries as well as reliefs in stone and stucco. The art of the parties also influenced the surrounding areas, including the city of Palmyra in Syria. Typical of Sasanidic art (200-600 AD) are the huge rock reliefs of Bijapur, Taq-i-Bostan and other places that glorify the rulers’ businesses. Otherwise, rich decorative reliefs have been preserved. The textile and metal works were exported and came to influence contemporary Byzantine art.

Persian pottery stood high during the Islamic period. The oldest one is influenced by the Sasanidic, later the contact with Chinese pottery came to seem stimulating. The Seljuks introduced the use of decorative, multicolored tiles, often in different blue colors, to cover interiors, facades and domes.

Another branch of art that flourished under the Safavids was the miniature painting. The Persians took the Islamic image ban less solemnly than many others, so the miniatures depict rich religious and secular character scenes. The artistic highlight is reached in the 15th and 16th centuries.

The Persian flat art best known outside of Iran is undoubtedly the textile art. Persian rugs, where geometric and vegetable motifs predominate, have maintained their high level up to our days. 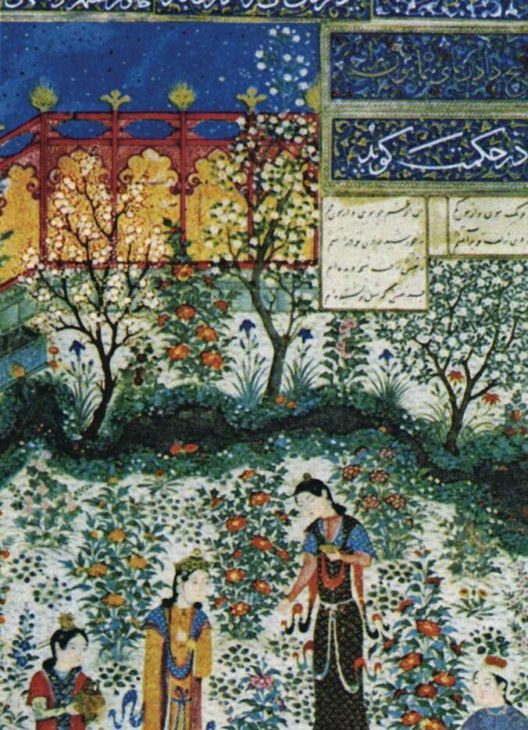 The picture is from a handwriting with the so-called Humay and Humayun poems. It was created by an artist from the Herat school in the early 1400s.

The architectural monuments of prehistoric times have largely been destroyed when they were erected in unburned clay. Only from the Acemenidic period (559–330 BCE) has monumental architecture been preserved in stone. The palaces of the Pasagardae (500s), Susa (500–400s) and Persepolis (400s) are relatively well preserved and give the impression of the splendor of the Acemenid rulers. Characteristic are the large hypostyle halls and stairwells, where the relief-adorned stairs in Persepolis are particularly famous.

One of the best-preserved partisan centers is Hatra, which had its great period in the 100s and early 200s. The architecture here is characterized by the so-called liwans (or iwans ), large, vaulted halls that open onto a courtyard.

During the Sasanids (226-651 AD), the architecture forms a continuation of the partial with the development of the liwan element (an example is the royal palace in Ktesiphon with its 43 m high liwan).

During the reign of the ill-souls, the Liwan principle was resumed in Persian mosques, and the madrasa was introduced. One of the most beautiful examples is Masjid-i-Jami in Esfahan from the late 1000s. The architecture of the Timurids in the 1400s was characterized by increased use of tiles in facades as well as large screen facades, pishtaq, around the opening of the iwan. An example from this period is the Blue Mosque in Tabriz.

During the Safavids, a number of significant buildings were erected. Some of the most noteworthy ones, such as the Lutfullah Mosque (1602–03) and Masjid-i-Shah (1612–13), both in Esfahan, are covered with multicolored ceramic tiles that help to enhance the beauty of beauty.

In the 1800s, architecture was made of a more intimate character with pavilions in larger gardens, including Naranjestan (Orange grove) in Shiraz. The modern architecture of Iran is built in the Western style, but some monumental buildings are inspired by older Iranian tradition. 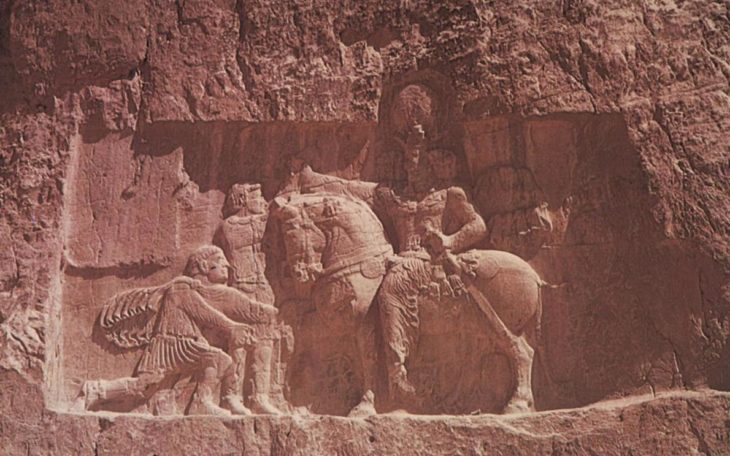