The countries of Asia form the largest and most populous continent in the world. These Asian countries are distributed in six regions full of particularities.

The countries of Asia form the largest continent in terms of territory and are home to the largest number of inhabitants among the continents. Together, these countries have a territory of more than 43 million km 2 and an additional 4 billion people live in them.

Among all the countries that make up the Asian continent, there are countries that have the largest areas in the world, high levels of human development, but also some that are underdeveloped. Therefore, we can say that Asian countries are quite diversified in terms of area, population, geography, economy, politics and culture.

The largest continent in the world is made up of 49 countries and among them some are considered transcontinental, that is, they belong to more than one continent. In addition, in Asia, there are also some dependencies, recognized international entities and territories that, although located on the continent, belong to countries located in others.

* Countries whose territories are located on more than one continent, called transcontinental.

Due to the great extension and plurality of the Asian territory, culturally, economically, politically or socially, it was necessary to regionalize the continent in order to facilitate the analysis and studies of the areas. There is no single regionalization of Asia, so there is more than one denomination for the same area. One of the classifications divides the Asian continent into six major regions:

→ Region of the Commonwealth of Independent States

Region located in the north of the Asian continent, which covers the territories of nations that formerly belonged to the former Soviet Union, such as Armenia, Kosovo, Moldova, Russia, Azerbaijan.

For centuries many conflicts have developed in this region, where there is contact between three continents. We can say that this is one of the most conflicting places in the world. It is noteworthy that most of them are related to religion, or rather to religious intolerance. We should also stress that much of the conflict involves the conquest of territories by the countries that make up the Middle East themselves.

In addition, the climatic conditions in the region make it dependent on exports of water and other products. One of the most notable is the conflict between Arabs and Jews that was intensified in modernity after the first world war. However, it was only after World War II that the UN decided to create a state for each of them. Given this proposal, Palestine was divided into two parts, one Jewish and one Arab.

As the Jews had a larger portion of the territory (about 57%), the Palestinians (Arabs) were unhappy with the sharing. Shortly thereafter, in 1948, the Jews created the State of Israel and the Arabs declared war. However, the Palestinians were defeated and as a result, the Jewish territory grew even more, by about 20%. Undoubtedly, this has still been one of the biggest reasons for the lasting conflicts over territory conquest in the region. Noteworthy is the Gaza Strip, a site disputed between Palestinians and Israelis.

Another conflict that deserves attention is between Sunnis and Shiites. Both are Muslims and have political and religious differences. This has led to increased tension in several Middle Eastern countries, notably Iran and Saudi Arabia. In addition, the site continues to be the target of various wars such as the Iraq War, the Syria War, the Gulf War, the Six Day War, etc. Roughly speaking, they were developed by a variety of political interests (including Russia and the United States) and by economic interests as the region has high economic potential.

The wars of 1948-1949 and 1967 put a total of about one million Palestinians to flight. In 2018, more than 5 million Palestinians were registered by the UN as refugees. One date is particularly associated with the fate of the refugees: May 15. The day is celebrated nationally every year, including by Palestinians in Israel.

May 15 is a day of mourning for al-Nakba, the “disaster”. This is called the expulsion and escape of Palestinians in connection with the founding of modern Israel.

Israel proclaimed independence on May 14, 1948, an opportunity opened by the 1947 UN member states voting for a division of land between the Mediterranean and the Jordan River. The Arabs did not accept the split – the neighboring countries went to war against Israel. But confrontations between Israelis and Palestinians took place even before the outbreak of the war, with serious incidents of violence on both sides. Deir Yasin, where about 250 villagers were subjected to a Jewish massacre before the outbreak of war, is best known for the events that spread terror among Palestinians.

More than 700,000 Palestinians were dispersed by the war of 1948-1949. More than half fled to the West Bank, the rest to the Gaza Strip or neighboring countries. From the cities of Haifa and Jaffa, today northern Israel, many fled north toward Lebanon and Syria. From what is today southern Israel many went to Gaza. In 1948, the UN General Assembly adopted Resolution 194, which recognizes the right of refugees to return.

Mahmud Abbas, who succeeded Yasir Arafat (1929–2004) as Palestinian president, was born in the 1930s in Safed, a city in northern Israel that had a mixed population until the area was divided. When Jewish forces entered Safed in May 1948, Muslims and Christians fled. The Abbas family sought refuge in Damascus in Syria.

The United Nations Relief and Works Agency (UNRWA) was formed in 1949, through Resolution 302 of the General Assembly, to deal with the refugee situation. When UNRWA began its work in 1950, the organization provided for approximately 750,000 people. Today, UNRWA has over 5.5 million Palestinians registered as refugees. Being registered with the UN gives entitlement to certain forms of support. UNRWA mainly manages schools and health care in refugee camps.

During the June 1967 war, Israel occupied, among other things, the West Bank, which has listened to Jordan since the war of 1948-1949. Many Palestinians now fled a second time, from the West Bank to Jordan.

A large part of the refugees began to camp in tents, when towns and villages on the West Bank became overcrowded. The camps have gradually received the most concrete buildings, but congestion and poor sanitary conditions have continued to characterize the existence, which is further hampered by the refusal of the surrounding community to bear responsibility for a refugee situation that has not been caused on site. For example, Lebanon, with a small area and large contradictions between its own population groups, questions why the country should also shoulder responsibility for hundreds of thousands of refugees.

In 2019, UNWRA published this compilation of the number of refugees and camps:

West Bank: 846,000 registered refugees; one-quarter live in the 19 refugee camps, the other in urban and villages that existed before. The camps on the West Bank are smaller than those in the Gaza Strip.

Jordan: Over 2.2 million registered refugees; Nearly a fifth live in one of the ten officially recognized camps. Jordan is the only host country to offer refugees citizenship.

Lebanon: 475,000 registered refugees; here are twelve camps. The refugees have in many ways limited civil rights, for example in terms of work permits.

Syria: Before the Syrian civil war that broke out in 2011, there were 520,000 registered refugees in nine camps. At that time, the refugees had essentially the same rights as Syrian citizens. The bitter and prolonged civil war has created severe stress for the refugees as well. Some have tried to apply to Lebanon, Turkey or Europe. Jordan and Lebanon, each housing one million Syrian refugees, for a time entered into the war their borders for Palestinian refugees trying to leave Syria. In 2019, UNRWA had 560,000 Palestinian refugees registered in Syria.

The actual number of residents in the camps is today believed to be lower than the official; people registered by UNRWA but somehow able to move out of a camp, perhaps to another country, can still remain in the UN rolls. A bill passed in Lebanon in 2017, with the participation of Palestinian representatives, confirmed the picture that the refugees in the camps there are fewer than the UNRWA statistics show.

On the other hand, UN statistics have also included underreporting: Everyone who has a refugee background has not been registered with UNRWA. Palestinians who fled but remained in what is today Israel are not included in the UN figures, nor people who had relatives elsewhere to move to or assets that meant they did not need to seek help from UNRWA.

Sweden is one of UNRWA’s largest donors. What the government calls core support amounts to SEK 1.88 billion during the three-year period, which extends to 2021. The United States, which used to account for 30 percent of the funding, is the country that has over the decades made the most contributions to UNRWA. In early 2018, the United States chose to freeze much of its aid when President Donald Trump reshuffled US Middle East policy (see Current Policy). In 2019, UNRWA was shaken by a corruption scandal that led, among other things, to the organisation’s chief executive leaving his post (see Calendar). Subsequently, the UN mandate for UNRWA was extended.

An event in Israel in 1976 has given rise to “land day”, also called “earth day” or “land day”, which the Palestinians pay attention to on March 30 every year. Six unarmed Palestinians lost their lives in demonstrations against Israeli forced redemption of land in the Galilee, land largely owned by Arabs. The protesters met with gun power. The protests organized by Palestinians beginning in the spring of 2018 in the Gaza Strip, along the border fence against Israel, opened on Land Day, March 30, in support of refugees’ demands to return. 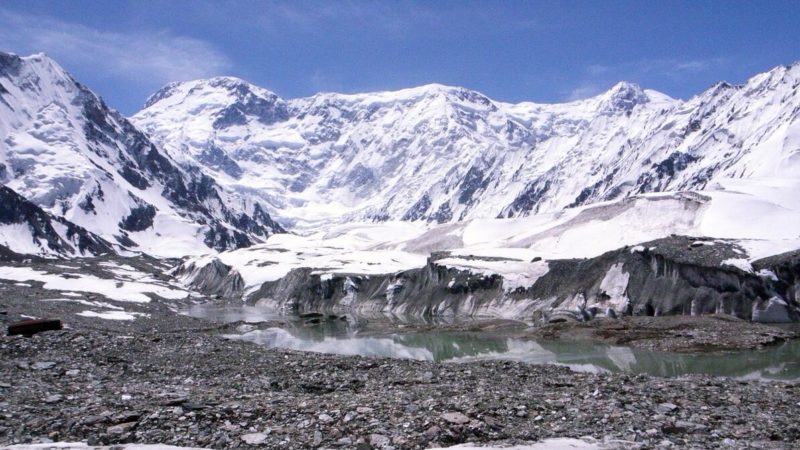 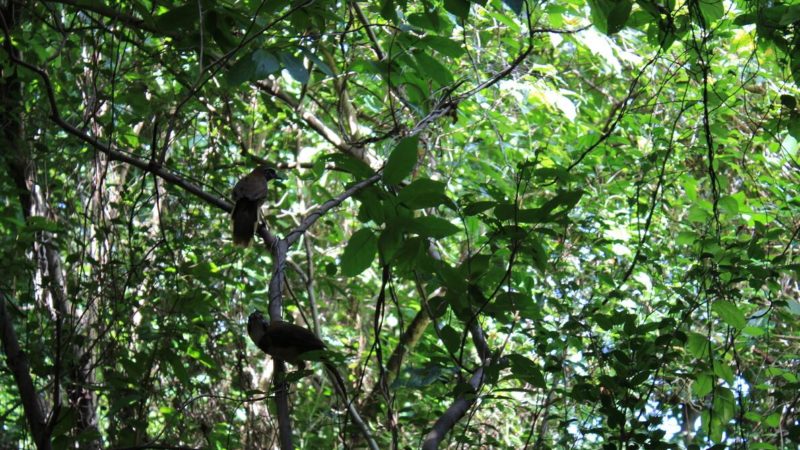 Plant life and Wildlife in China 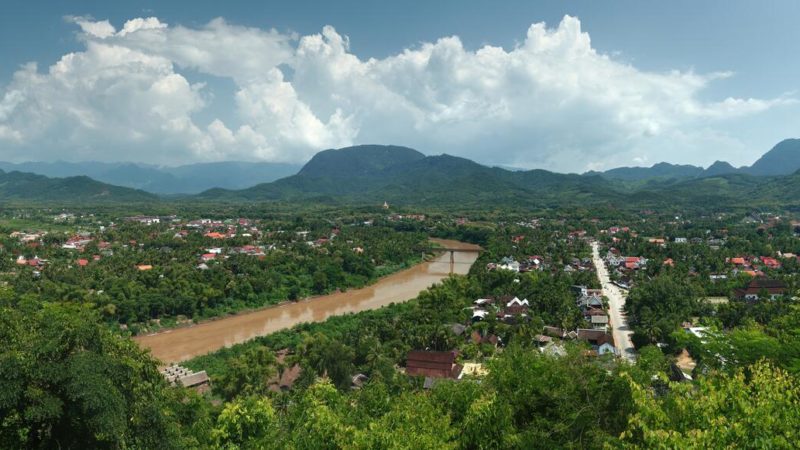