According to Digopaul, Azerbaijan is located in the southeastern Caucasus, which is geographically located mostly in Asia but with a small strip of land in Europe. Politically, the country is often counted among Europe. The country borders Armenia, Georgia, Iran, Russia and Turkey (the latter via the exclave Nachichevan) and has a coast facing the Caspian Sea. 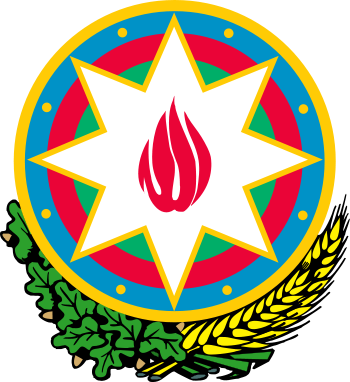 Class society was formed in Azerbaijan at the beginning of the first millennium BC. The first states in the area were Mana, Midien, Atropaten and Caucasian Albania. The population spoke different Caucasian and Azerbaijani languages. During the eighth century, the land was conquered by the Caliphate.

During the 10th century, more Turkish tribes began to move to the country, and eventually mixed with the then population. After the Russo-Persian War of 1804-1813, a treaty was concluded in Gulistan that set the border between Russia and Persia to the river Aras. In 1928, a peace was concluded in Turkmentjaj which reaffirmed the border after Persia broke the previous peace treaty and started the Second Russo-Persian War (1826-1828). The southern part of historic Azerbaijan is still an Iranian landscape.

After the Russian Revolution, the northern part of the historic country was first ruled by Armenian Bolsheviks and Dashnaks who carried out the genocidal policy “to secure the power of the working class”, when armed Armenian soldiers killed at least 250,000 people in Baku, Azerbaijan and other cities. Despite the difficult situation, however, Turkey sent troops to stop the Armenian-Communist annihilation of Azeris, who after fierce fighting managed to drive out the Bolsheviks and take Baku.

In 1918, the country became independent and the world’s first republic with a Muslim majority population was founded. Women’s suffrage was also introduced. The government worked hard to solve economic and other problems and build a functioning defense force. Despite all these efforts, the republic existed for only two years. In 1920, the Red Army invaded the capital Baku and the country was incorporated into the Soviet Union.

The country was part of the Transcaucasian Soviet Republic between 1922 and 1936 and later became the Azerbaijani SSR. The Soviet regime cracked down on Azerbaijani culture (including the demolition of many mosques and the collectivization of agriculture). Population policy was also brutal against the population, as hundreds of thousands of Azerbaijanis were forced to leave their homes in Armenia and Nagorno-Karabakh in the 1930s and 1940s as a result of Josef Stalin’s policies.

With the political uncertainty in the Soviet Union in the late 1980s, nationalist currents began to revive the ethnic conflict between Azeris and Armenians. This led to the Armenian-dominated territory of Nagorno-Karabakh being placed directly under the rule of the Soviet Central Government, which, however, was not recognized by either the Armenian local population or the Armenian government. In connection with the dissolution of the Soviet Union, the former Soviet Azerbaijan became independent again in 1991. Nagorno-Karabakh was then included as an autonomous territory within Azerbaijan, which was not recognized by the Armenian government, which declared the area Armenian. The war was a fact and the Azerbaijani military began bombing the city of Stepanakert, to which Armenia responded by invading and occupying the territory and also the strip of land lying between it and Armenia; from these areas and from Armenia itself, all Azerbaijani – speaking people were deported. Large parts of the Azeri population in the area are believed to have been killed, and Azerbaijan has a very large number of internal refugees (around 1,200,000 people are forced to live in appalling conditions and poverty in refugee camps near the front line). A ceasefire between the two countries was concluded in 1994, but the situation is still very tense. Azerbaijan demands that all occupied territories be brought back under Azeri control, while the self-proclaimed government of Nagorno-Karabakh demands recognition and that Azerbaijan negotiate with them and not with Armenia.

Azerbaijan has also been severely affected by domestic strife between different political groups (especially between nationalists and communists) and the country’s political situation is very unstable.

The following objects in Azerbaijan are listed as a UNESCO World Heritage Site.
The year in which the item was added to the list is indicated in parentheses.

Electricity and electrical outlets in Azerbaijan

According to Countryaah, Baku is the capital of Azerbaijan. It is located on the Caspian coast on the south side of the Apsjeron peninsula. With approximately 1,900,000 residents (2003), it is the country’s largest city. In the entire metropolitan area, however, as many as 3 million people live, many of whom are refugees.

Baku has three dominant urban districts: the old city, the city that grew up around the turn of the century due to oil exploitation and the Soviet-built city. The fort of the old city was inscribed on the UNESCO World Heritage List in 2000. Most of the walls and towers that were fortified after the Russian conquest in 1806 have remained since Persian times. Here are neighborhoods with narrow streets and old houses. Among other things, the Palace of the Chirvan Shahs is very famous.