The majority of Bahrain’s population is Arab; about a fifth are of Persian origin and about a quarter are Indian. About half of the population is foreign migrant workers without citizenship.

Bahrainis with Peruvian origins are called as ajam group and are usually bilingual, and Shi’ite Muslims. Their settlement in Bahrain dates back to times before modern prosperity, but the move has been continuous. 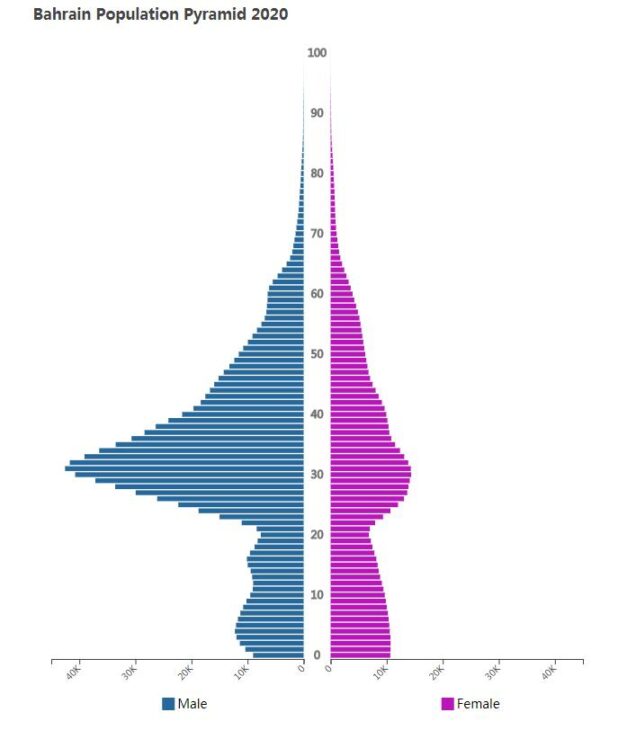 The migrant workers come mainly from India, Pakistan and other Arab countries. A few thousand Britons work mainly as advisors to the authorities. According to a 2010 census, the proportion of foreign migrant workers without citizenship had risen to about 54 percent of the population. Calculations in 2017, which were based on UN reporting, indicated a lower proportion of immigrants without citizenship: 48 percent.

The country’s population has more than six-fold since the early 1970s and amounted to almost 1.5 million in 2017. High population growth, combined with labor immigration, has led to fierce competition for jobs, which has contributed to social and political unrest.

Almost the entire population lives in the cities. The capital of Manama has grown strongly during the 2000s, when the city’s population more than doubled in 15 years.

Official languages ​​are Arabic, but Urdu, Persian and English are also spoken by sections of the population.

Arabic is the official language 2