Brunei is located in Southeast Asia, located on the northwest coast of the island of Borneo. Brunei is a sultanate with the sultan as dictator. The media in the country is extremely positive about the government and the royal family has an elevated status in the country. 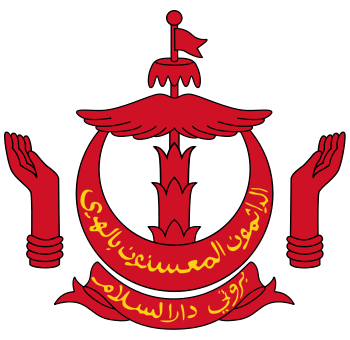 Brunei was early an important trading post in Asia. From the 14th century to the 16th century, Brunei had its heyday and ruled over large parts of Borneo and many of the islands of the Philippines. The sultan’s power then diminished when the Europeans came and took over trade in the area and Brunei became a British protectorate in 1888. Brunei became completely independent again only in 1984.

Brunei is a small but rich country, and is a mixture of entrepreneurship, government, social welfare and rural traditions. It is crude oil and natural gas production that has mainly made the country rich, and makes up about half of the country’s GDP. Income from investments from abroad is mixed with income from domestic production. The government is responsible for healthcare and provides subsidies for food and housing. Future plans include an upgrade of the workforce, a reduction in unemployment, the expansion of the banking and tourism sector, and a general broadening of the economy, which is currently too dependent on oil.

Electricity and electrical outlets in Brunei

According to Countryaah, Bandar Seri Begawan is the capital of the Sultanate of Brunei, and has 46,229 residents (1991). The city is the headquarters for the country’s textile, furniture, handicraft and wood production. The city is also home to the Royal Ceremonial Hall, the Royal Regalia Building and the Brunei History Center.

The Sultan Omar Ali Saifuddin Mosque was built in 1958 and has a giant golden dome and walls built of marble imported from Italy.

The name of the city comes from the Persian word Bandar, which means “port”, and Seri Begawan comes from Sanskrit, Sri Bhagwan, which means “the blessed”. The town was formerly called Brunei Town, but changed its name in 1970.