Nearly four in five Brunei residents live in cities and villages along the coast. Two out of three count as Malays, which means that they are Muslims and have Malay as their mother tongue. Most of them are in fact descendants of various indigenous peoples who were converted to Islam and incorporated into the Malay culture. 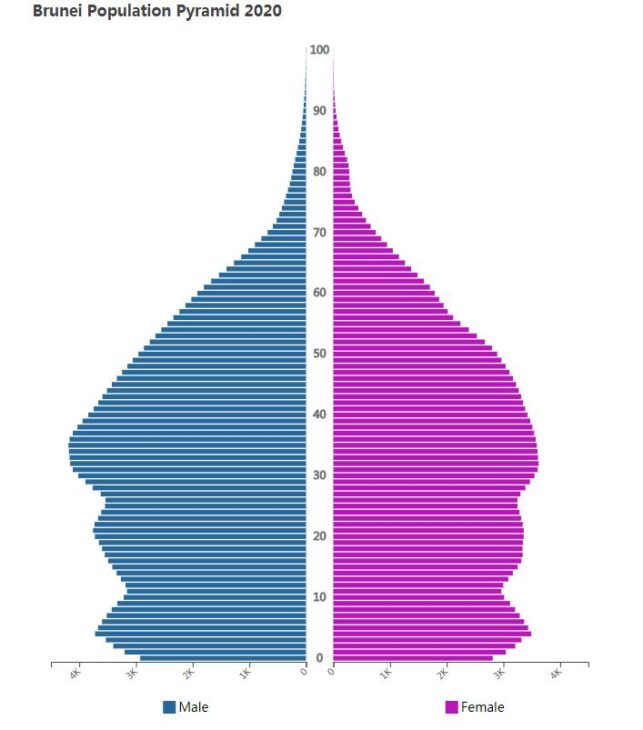 Chinese make up a tenth of the population and dominate the private business world. Chinese and Indigenous people do not automatically gain citizenship, even though they were born and raised in Brunei. A law from 2006 has made it easier for minorities to obtain citizenship, but still a few years into the 2010 century half of the Chinese and some of the indigenous peoples still lacked citizenship. They therefore do not have the right to own land, nor do they receive free medical care and school. Children among the indigenous peoples dusun and iban are often not registered when they are born, which makes it difficult for them to obtain citizenship and to attend school.

Malay is the official language while English is used as a trade language. Other things being spoken include Chinese and Filipino.