The conflict in Kashmir has been the dispute between India and Pakistan for this territory since 1947.

In the 1960s, Pakistan ceded some parts of the region to China, increasing tension between countries.

In addition, the problem is compounded because both nations have nuclear weapons.

Although there are many theories as to the meaning of the word, it is likely that “Kashmir” means “water-dried land.” The term refers to the belief that there was a large lake that disappeared.

The word cashmere also designates wool that comes from native goats and has become known worldwide.

Kashmir is a province in the far north of India. It borders three countries: China, Pakistan and Tibet (occupied by China) and the population is approximately 12.5 million people (2011).

In the Indian part, its capital in summer is Jammu, and in winter, Srinagar.

Since it was integrated with India, the territory has been in constant conflict. In addition to Pakistan, China took over part of the region after the Sino-Indian War in 1962. Now this part is named after Aksai Chin and is claimed by India.

The Kashmir region is rich in water and concentrates important river springs that bathe the lands of the three bordering countries.

The most dependent on these waters is precisely Pakistan and any change in the course of rivers would harm Pakistani agriculture.

On February 14, 2019, a Pakistani suicide bomb attack on Indian police in Kashmir triggered air strikes between the two countries.

On February 27, 2019, the two countries alleged the overthrow of air fighters.

The international community has expressed concern about attacks for fear that both countries will use their nuclear arsenal. 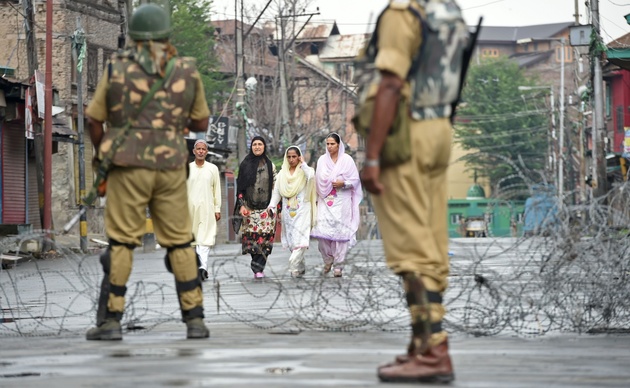 Kashmir’s rivalry between India and Pakistan originated in the 1940s during India’s independence process, when India ceased to be a British colony.

To avoid conflicts with the Muslim minority, the British government decided to create a state for the faithful of that religion. In this way, West Pakistan and East Pakistan, now Bangladesh, were born.

In the Kashmir region, the British proposed to decide by referendum which country they would like to belong to.

The maharaja who ruled the province at that time decided to integrate with India. This resolution displeased local Muslims who protested that the majority of the region’s population was of Pakistani origin and therefore should belong to Pakistan.

An undeclared war between the two countries lasted until 1949. India lost part of Kashmir territory, which was incorporated into Pakistan under the name of Azad Kashmir (“Free Kashmir”).

Similarly, a referendum has been established, but India has not complied with this decision as it considers the region to be its own and there is no need to consult with the population.