Economy and Business in Iran 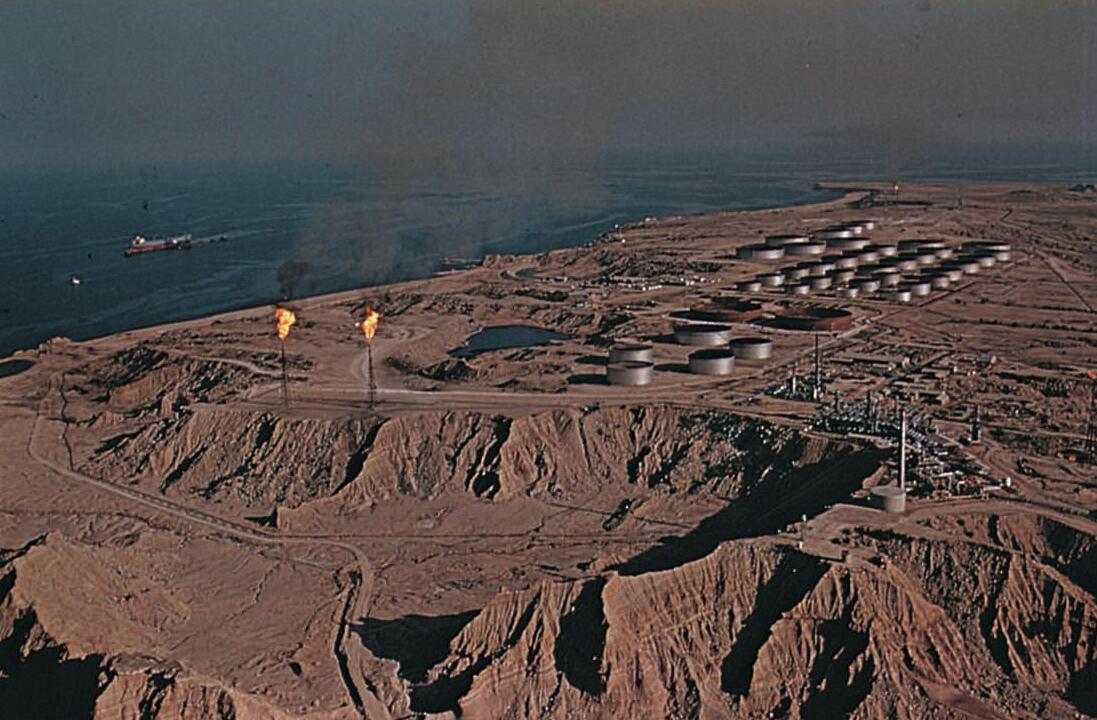 Iran is traditionally an agricultural community, which has been substantially changed over the last decade, both through the influence of large oil revenues and the Islamic revolution in 1979. to make Western-oriented Iran more isolated from the West, with negative consequences for the economy, suffering from a lack of foreign investment, especially to modernize the oil and gas sector. Strong population growth coupled with limited agricultural development opportunities has led to both strong migration to cities and a high dependence on food imports. 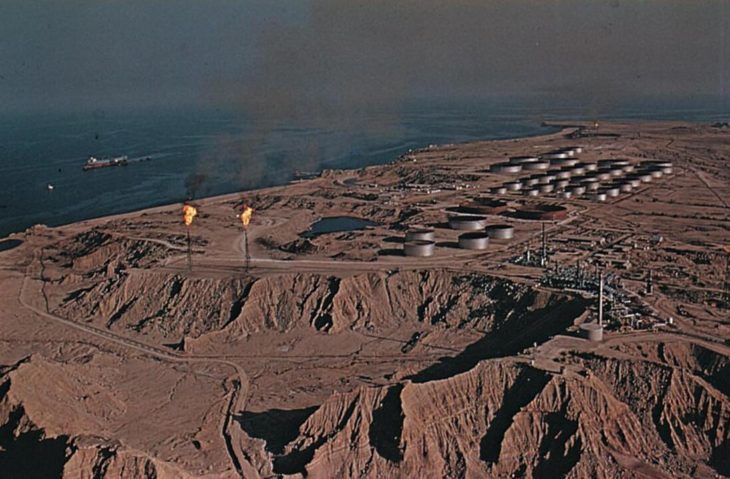 Economic reforms in the 1990s were partly met with riots. Throughout the 1990s, the authorities sought to facilitate private participation in business and sought foreign investment; some state activities were privatized. The United States helped to curb Iran’s plans for increased foreign participation in its development by adopting economic sanctions against the country in 1995, which banned investment there. The boycott was particularly intended to hit Iran’s oil industry, but had limited impact. The practice of Islamic legislation, including in the economic sphere, has hampered Iran’s participation in the international economy. However, Iran has taken steps to position itself against Central Asia, as well as Turkey and other countries in the region, as well as in East Asia. Iran’s extensive bureaucracy is also highlighted as a hindrance to economic development. In 2002 and 2003, Iran was hit by major earthquakes; the most serious in Bam, December 2003, in which around 20,000 people perished.

Iran has significant mineral deposits, and some mining. Extraction of the country’s oil and gas reserves dominates the sector and the entire Iranian economy. Oil exports normally account for 80-90% of total export revenues, and 40-40% of the state budget. In 2005, Iran’s known oil reserves of approx. 125 billion barrels, equivalent to approx. 10% of the world’s known occurrences. In 2004, Iran produced approx. 4.1 million barrels of oil per day. Oil exploration started in Iran only in the 1900s, and the first viable deposits were found in 1908. The recovery really accelerated after World War II, when oil export revenues made the sector politically significant, with the result that the oil sector was nationalized in 1951. This led to draw on British expertise, and Britain launched an embargo on the purchase of Iranian oil and banned the sale of goods to the country. However, Iran was upheld by the international court in The Hague. International oil companies joined forces with Iranian authorities on the extraction, while the ownership of the deposits was transferred to the National Iranian Oil Comapny (NIOC), which in 1973 took control of the entire industry. The war against Iraq of 1980 caused major damage to the oil installations. In the same year, the EU imposed sanctions in support of the United States, as a result of hostage personnel at the US embassy in Tehran. Much of the foreign expertise left the country, and along with several labor conflicts and sabotages, this brought an almost halt to Iran’s oil production, before rising again significantly from 1983. 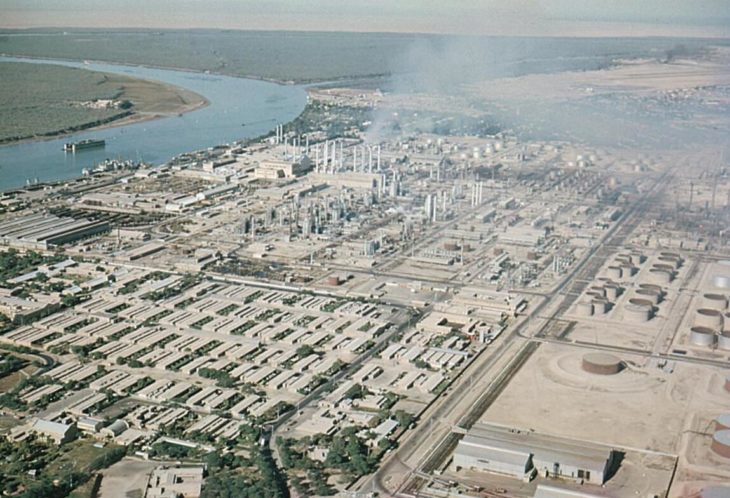 In 2004, production was 4.1 million barrels per day, of which approx. 2.5 million went to exports, mainly to Japan, Korea and other Asian states, as well as Europe. The goal is to reach a production of 7 million barrels per day in 2025. Domestic consumption is rising, with increased population and economic activity, as well as strong subsidization of petroleum products, and to some extent threatens export revenues. Several major discoveries have been made in recent years, including The Azadegan and Darkhovin fields, as well as a large offshore field, Dasht-e Abadan. Iran may have deposits in the Caspian Sea, but it remains to be agreed with neighboring countries about dividing lines.

Most of Iran’s oil reserves are located on land, mainly in southwestern Khuzestan province, but also offshore in the Persian Gulf. Most of the oil is pumped to the shipping port on the island of Kharg in the Persian Gulf; the country’s pipe network is approx. 6000 km. Iran had nine operational refineries in 2005, with a total capacity of approx. 1.5 million barrels per day. These are old and partly worn, and, like the rest of the oil industry, need modernization.

Iran also has significant deposits of natural gas (about 15% of the world’s known reserves); with reserves in the southwest (Khuzestan), in the northeast (Khorasan) and in the Elburs Mountains – where the South Pars field in Khuzestan is the largest, and the development of this is Iran’s largest energy project. After proven reserves, Iran is the world’s second largest gas nation, after Russia. Gas accounts for approx. 50% of Iran’s energy supply, but the country also has the potential to become a major exporter. The state gas pipeline network (IGAT) is one of the largest in the Middle East, supplying the capital of Tehran and other major cities with gas. The gas is exported by pipeline to Azerbaijan and as wet gas to Japan, with facilities for freezing the gas at Kharg and Bandar-e Mashur. In 1994, Iran and Turkmenistan signed an agreement to build a 4,000 km long gas pipeline to Europe,

Iran also has instances of coal, iron ore, copper, lead, zinc, chromium, magnesite, gold, phosphate, uranium and salt, as well as some semi-precious stones, but the deposits are still largely unexploited. Iran is the world’s second largest exporter of strontium. The discovery of uranium was one reason behind the plans, during the show, to build 20 nuclear power plants. The nuclear program has been scaled down, but has continued – and has contributed to the tense relationship between the United States and Iran.

Iran’s rich deposits of oil and natural gas have been extensively used to produce electrical energy. Installed production capacity was approximately 74 GW in 2015. Production was 281 TWh, of which 79 per cent was produced using natural gas. Electricity production was severely affected during the war against Iraq in the 1980s, but has been rebuilt and modernized. In 2005, Iran had five smaller nuclear reactors. In 2013, the country’s first commercial nuclear power plants were commissioned, which in 2015 contributed 3.2 TWh.

Agriculture contributes approximately 1/4 of GDP and 22% of employment. Although close to 1/4 of the land area can be cultivated, cultivated land constitutes only 14% of the area. About half of the cultivated land is artificially watered. Until 1962 most of the land was owned by approx. 10,000 families, who leased it away. Since 1962, ownership has been transferred to users, and today agriculture is run in many places as cooperatives or corporations where the farmers themselves sit with the shares. However, productivity in Iranian agriculture is low, due to both. low rational working methods, lack of water and poor market access. Food production is not sufficient to meet domestic consumption.

The most important agricultural products are wheat, sugar beets, barley, potatoes and rice; besides cotton, melons, grapes and other fruits and vegetables. On the coast of the Caspian Sea, tea, tobacco, sugar cane, southern fruits and mulberry trees, while dates are grown on the Persian Gulf. Opium was formerly an important export but growing (and smoking) was forbidden 1955. For livestock kept especially sheep (about 1/3 of the total population belongs to semi-nomadic tribesmen), goats and cattle.

About 11% of Iran is covered by forests, of which the largest and most commercially important fields are on the northern slope of the Elburs Mountains. The use of charcoal for fuel has led to the cutting down of many forests. The forest has been in state ownership since 1963, and extensive forestry is being run. Most of the harvest is used for fuel, building materials and in the wood products industry.

Fishing has little impact on the country’s economy. Most of the catch comes from the Persian Gulf. In the Gulf of Persia there are over 200 fish and shellfish species, of which 150 are edible, including. mullet, sea bass, sardines and shrimp. Castfish in the Caspian Sea is world famous and provides real caviar which is mainly exported.

Iran developed a broadly composed industrial sector from the 1950s, which together with the oil sector has contributed to the modernization of the country. Much of Iran’s industry was nationalized after the revolution, while some degree of privatization has taken place from the 1990s. The industrial activities are largely concentrated in the Tehran area. The petrochemical and metal industries are the most important sectors. The industry was undergoing rapid development in the 1970s, but in the 1980s, like the rest of the economy, it was hit by the effects of the war with Iraq. Subsidization of loss-making state enterprises is still a significant public expenditure item.

The petrochemical industry expanded especially before the revolution in 1979, and includes large plants in Abadan, Bandar-e Khomeini, Bandar-e Mashur and the island of Kharg. However, the facilities were subjected to major wars of destruction. Traditional industries include the production of textiles (Esfahan, Tabriz, Tehran), the food, leather and metal industries, as well as cement production. The production of Persian rugs is still a significant business. Comprehensive consumer goods industry, including with assembly of cars and production of car parts. The domestic deposits of coal and iron ore have formed the basis for a modern steel industry in Esfahan, developed in the 1970s with Soviet assistance.