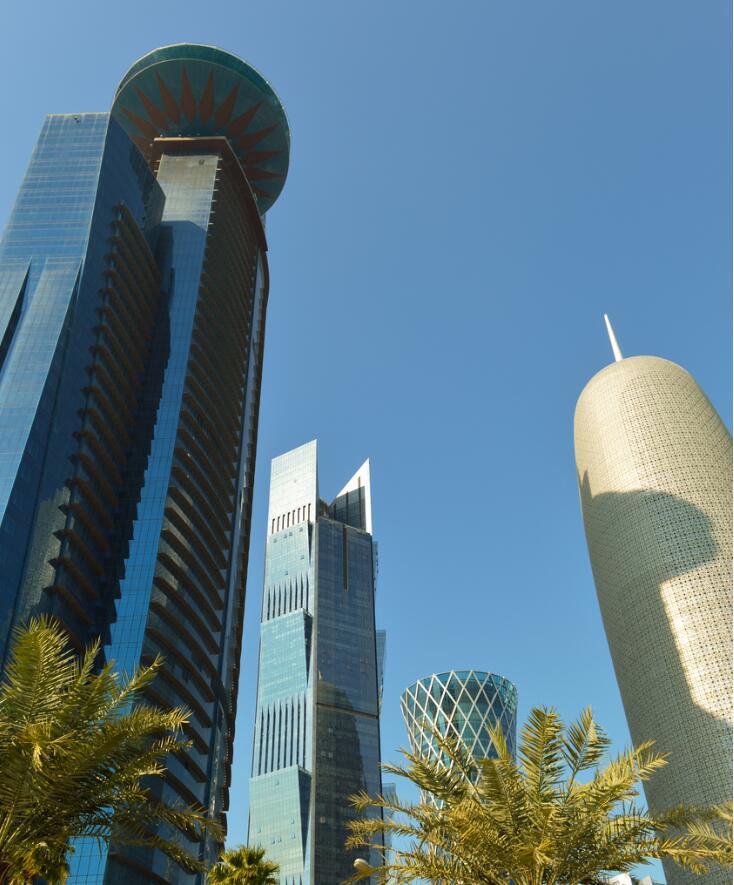 Asia can be divided into several geographically and culturally different parts. To the west lies the oil-rich Middle East, in the interior of the continent we find mountainous Central Asia, and further east are South Asia, Southeast Asia and East Asia. Based on Abbreviationfinder.org, the Pacific region and Oceania are often considered to be Asia, since the links here are strong.

Asia has experienced rapid development and enormous economic growth in the post- World War II era. The largest industry and major markets are now in Asia, and Asia accounted for more than two-thirds of global growth in 2019. Around 60 percent of the world’s population lives in Asia, and the rapidly growing middle class among them contributes to Asia coming to account for 40 percent of the world’s total consumption by 2040. 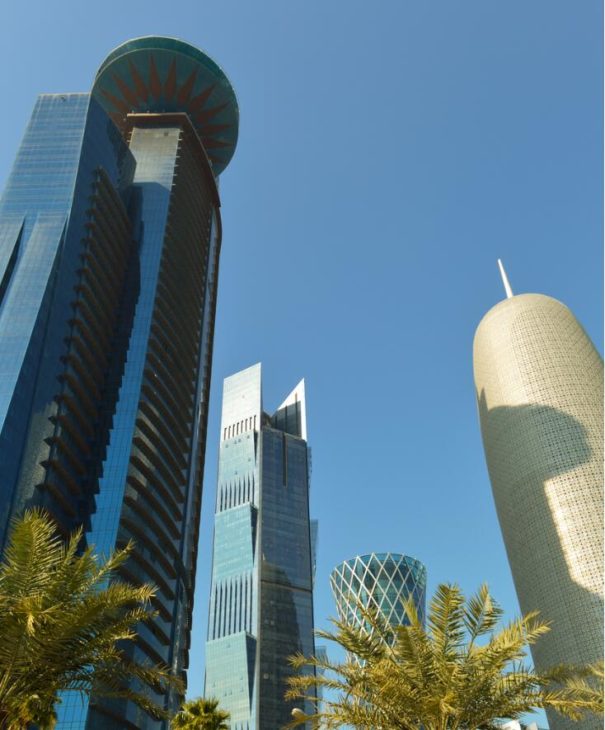 Qatar is Asia and the world’s richest country in terms of GDP per capita.

However, the continent is characterized by great contrasts. Several Asian countries are among the world’s poorest, while others are among the richest. There are also notable differences within the countries.

Asia faces enormous challenges. Population growth, rapid urbanization, corruption, environmental degradation and climate change are just some of the many factors that can stunt economic growth and reverse poverty reduction if countries do not find solutions or adaptations to them.

By the end of World War II, Asia had a very marginal significance in the world economy, and in the first two decades after the war, there were few signs that this situation would change.

Nevertheless, many of the countries had ambitions for rapid economic and industrial development. While the world’s total gross domestic product (GDP) grew by 91 percent from 1970 to 2015, Asia’s grew by 553 percent. In the same period, value added in the commodity industry increased by 286 percent worldwide, but by as much as 3160 percent in Asia. China, where 85 percent of the population lived in extreme poverty at the beginning of the 1980s, is now the world’s second largest economy, and measured in purchasing power parity (PPP) has China’s economy now passed both the EU and the US.

From the late 1960s, the “Asian tigers” – South Korea, Taiwan, Hong Kong and Singapore – emerged. They quickly industrialized, partly through investment and technology from Japan, and were able to show extraordinary growth. Gradually, Malaysia, Thailand and Indonesia followed in their tracks.

Japan was in ruins after World War II and chose to focus hard on industry and production for export. The Korean War (1950–1953) created intense demand for equipment and supplies from Japan, contributing to what has been called “Japan’s economic miracle”: Throughout the 1960s and 1970s, the country established itself as an industrial superpower and eventually became the world leader. on production of cars and electronics, among others. In recent years, however, the country has been characterized by large government debt and low economic growth.

At the turn of the millennium, Asia accounted for about one-third of the world’s GDP in purchasing power parity. Twenty years later, the proportion is over 45 per cent. Asia’s economy is still growing, but growth is slowing. This is most evident in East Asia, where growth was around 5 percent in 2019 – which is the lowest growth rate since 2009.

Since the 1980s, the share of Norwegian goods exports to Asia has increased rapidly, and in 2017 Asia accounted for 24 per cent of Norwegian imports and 17 per cent of mainland exports. In 2017, Norway exported fish to China for NOK 3.3 billion.

Informal economy (also called informal sector) can be understood as economic activity that is unregistered, not regulated by the government and not included in the country’s GDP. Home industries and family-owned businesses are often considered to be part of this economy, along with, for example, street sellers, domestic helpers and day laborers in agriculture. Workplaces in the informal economy are often precarious, hazardous, poorly paid and without welfare schemes.

In the Asia-Pacific region, around 1.3 billion people, or nearly 70 percent of the employed population, work in the informal economy. The size of the informal economy is often related to the degree of economic development. Japan, which has long been Asia’s leading industrial economy, has less than 20 per cent informal economy, while poor countries such as Laos and Nepal have a share of around 94 per cent. In parts of Central Asia, the informal economy is also large, for example in Tajikistan (75 percent), while the share in East Asia was just over 50 percent in 2016. Almost all agricultural work in Asia is informal. 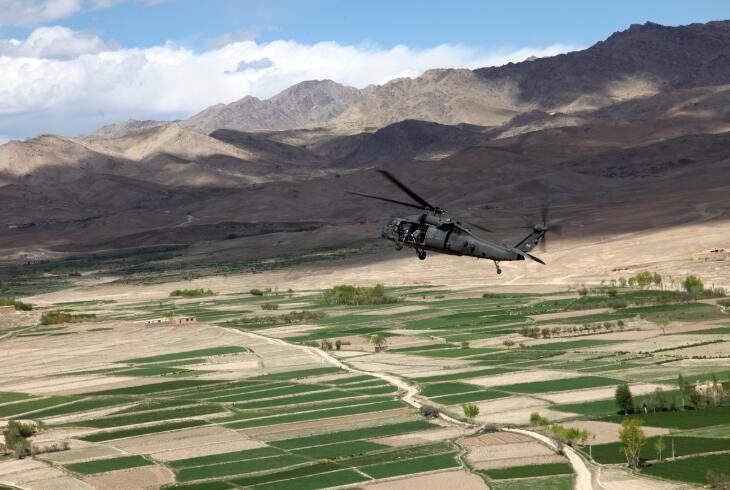 Afghanistan is Asia’s poorest country, and 161 out of 180 in the world measured in GDP per capita. For decades, the Afghan economy has suffered from acts of war, mismanagement and corruption.

Corruption levels are high in many Asian countries, but the variation is large – from Singapore, which is ranked third among 180 countries on Transparency International’s Corruption Perception Index, to Cambodia, Afghanistan and North Korea, which is among the world’s most corrupt countries.

Both Singapore and Hong Kong, which also have low levels of corruption, are small and have strong anti-corruption institutions, which means that they have succeeded well in the fight against corruption despite deficient democratic institutions. Common to many of the high-corruption states is a weak principle of power distribution, authoritarian governance and a lack of freedom of expression and organization. Some of these countries, such as Vietnam and China, have recently tried hard to expose and punish corrupt individuals, but this does not remove the underlying conditions for corruption. 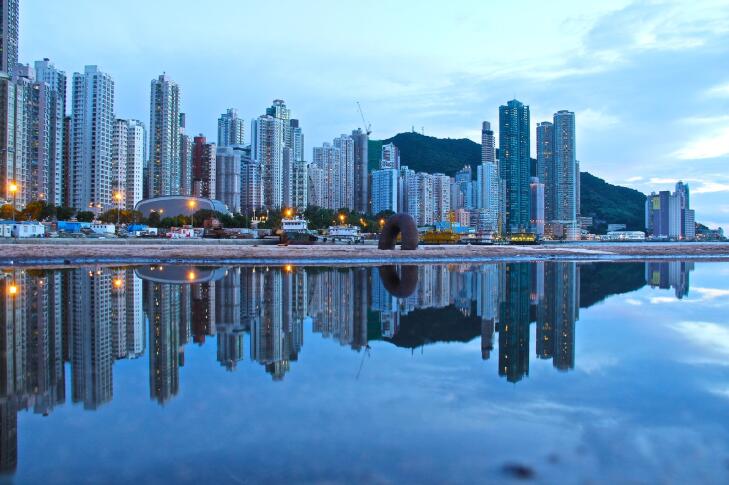 7 of the world’s 10 most populous urban areas are located in Asia. In Hong Kong, the population density is 6845 people per km2.

The railway has been and is important in Asia, and China and India have some of the world’s largest rail networks. In Russia, the Trans-Siberian railroad has linked Moscow with the country’s eastern parts since the early 1900s. The approximately 10,000-kilometer train line is an important transport year between Europe and Russian ports in Asia, and it is usually significantly faster to transport a container from the Pacific coast to Europe by rail than by ship.

China has upgraded its train and rail system to an unprecedented scale and pace. From being dominated by old and relatively slow trains at the turn of the millennium, by 2020 China has around 35,000 kilometers of high-speed lines where trains can run at over 200 kilometers per hour. Shanghai has the world’s fastest commercial maglev train operating at 431 kilometers per hour on its way out to Pudong International Airport. In 2006, China also opened the world’s tallest train line from Qinghai Province to Lhasa in Tibet.

Japan, however, was first out with high-speed trains. In 1964, the first line of the Shinkansen was completed, and since then it has carried around 5.6 billion passengers, around 500 kilometers between Tokyo and Osaka in 2 hours and 22 minutes. Several new lines have subsequently been built, and the Shinkansen now binds cities on all four of Japan’s main islands.

Air traffic is increasing rapidly both internally in Asia and between Asia and other continents. The Asia-Pacific region had 1.36 billion air passengers in 2018, over a third of the world’s total air passengers. The increase is expected to continue, among other things as more and more Chinese are choosing aircraft for work and leisure travel. The international air transport organization, IATA, predicts that China will overtake the United States as the world’s largest aviation market around the year 2024, while India will pass the United Kingdom and take third place in 2025.

The airports in many capitals are run-down, too small and surrounded by long queues, so the growth in air traffic requires large investments and infrastructure improvements on the ground as well. The rapid growth of the Asian airline market has resulted in pilot shortages.

Asia has some of the world’s most dangerous roads when it comes to traffic accidents and the number of people killed. Asia’s high accident statistics are partly due to the fact that there are many motorcycles, bicycles and walking on Asian roads. These road users make up over 80 percent of those killed on the roads in Cambodia, Sri Lanka and Thailand. Traffic accidents are a major cause of death and disability in the region, and the UN estimates the economic cost of road deaths at 1-3 percent of the region’s GDP. Many countries invest large sums in improved road safety, and a rapid increase in private motoring necessitates large-scale expansion of the road network in many places.

The rapid growth has resulted in extensive poverty reduction in Asia. Already in 2011, Asia had reached the UN Millennium Development Goals by halving the proportion of people living in extreme poverty, that is, below $ 1.25 per day. In East Asia, the proportion fell from 61 per cent of the population in 1990 to four per cent in 2015, in Southeast Asia it fell from 46 per cent to seven per cent in the same period. In Central Asia, extreme poverty has been reduced to less than three per cent of the population, while the share is 12 per cent in South Asia.

About 350 million Asians are still living in extreme poverty and around twice as many are in danger of poverty. Most of the poor in Asia live in the countryside, while in the cities there is a huge gap between high-income white-collar workers and the many millions of migrants working in service and construction, often in the informal economy.

Across Asia, economic inequality has increased in line with economic growth. While virtually everyone has gained purchasing power and living standards, the middle class has grown rapidly, and a small proportion have become extremely wealthy and have seized large portions of the region’s total wealth. In many countries, this is a source of social and political turmoil.

In many places, health insurance systems are deficient, so it can be very expensive to get sick. Elsewhere, pensions are low and the proportion of older people is increasing. In addition, climate change is a growing threat to growth and prosperity in many places in Asia. The region’s food production can be severely affected, and the danger of natural disasters will increase.

Girls’ education is an important factor for poverty reduction, and as many girls as boys are now attending school in East, Southeast and South Asia. Women’s participation in working life has also increased, but is still lower than that of men, especially in South Asia, where women’s participation is around 30 percent of men’s rate.