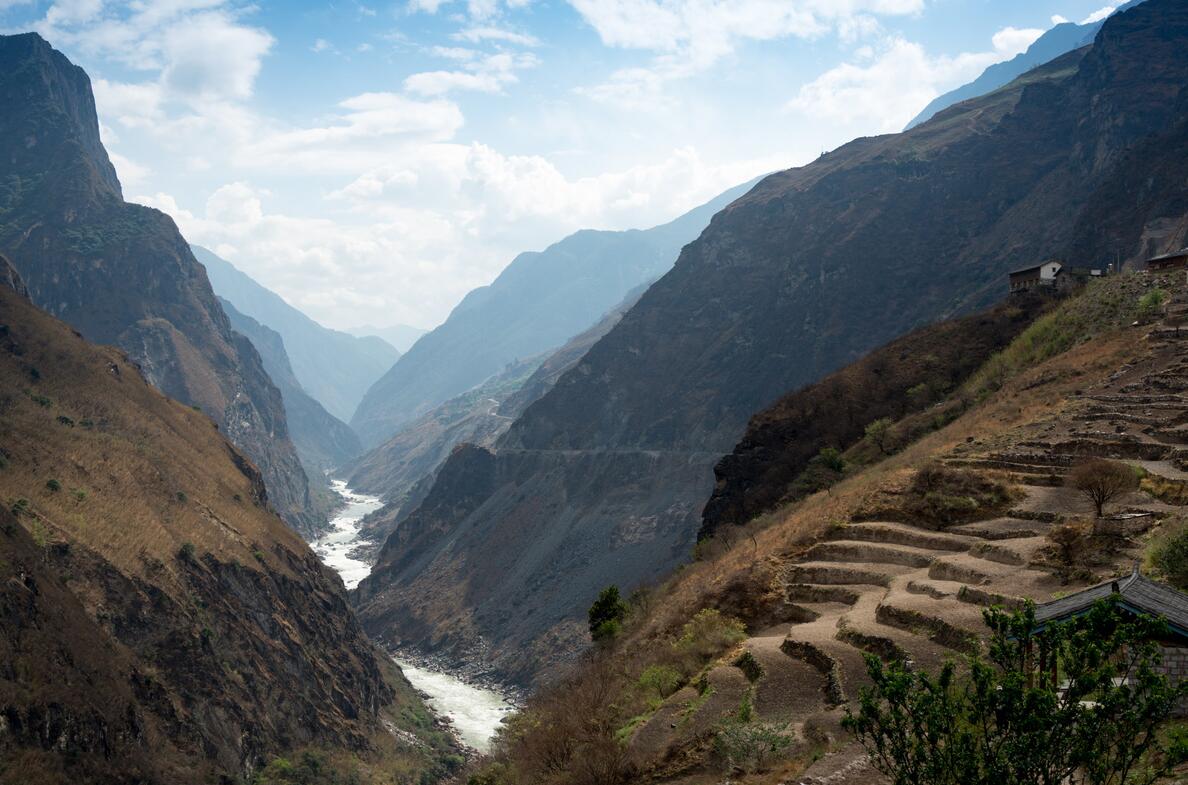 China encompasses areas with a very different geological structure and consequently varying landforms. About 33 percent of China’s total land area is classified as highland, 25 percent as plateaus, 20 percent as basins, and 10 percent each as hilly and plains. More than 25 percent of China is less than 500 meters above sea level, while another 25 percent is higher than 3000 meters above sea level. 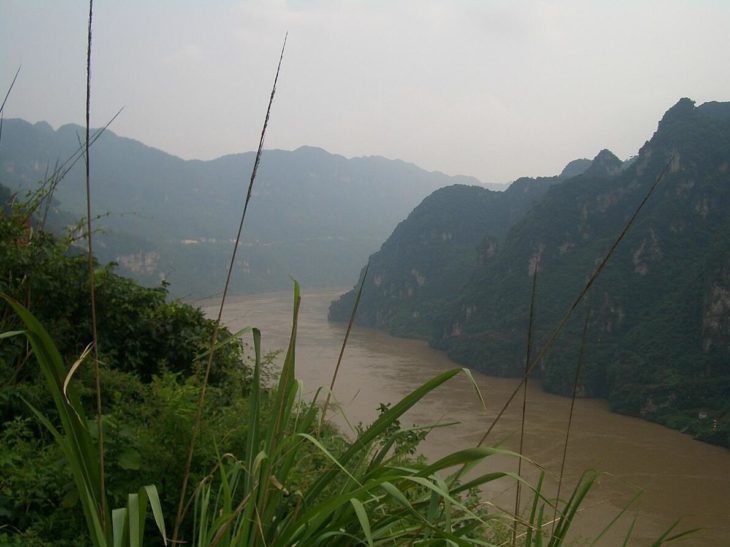 The geological design is determined by three old core areas in the west, north and east respectively. These have probably been stable mainland blocks since Precambrian times and consist mainly of ancient granites and metamorphic rocks. Between these blocks, powerful layers of sedimentary rocks have been deposited during various marine transgressions (sea level elevations) : limestone, sandstone and various forms of shale.

East of the Tibetan Highlands, three elongated mountain areas form the first important element of China’s structure. The westernmost archway runs from Da Hinggan (Great Khingan) in the north to the Yunnan Plateau in the south. The second area forms the highlands of Shandong and Liaoning, and the third includes the highlands of Fujian and Zhejiang. To the west of the easternmost arches is a large, central basin, which consists of a series of basins from northeast to southwest, including the Manjury Plain, the North China Plain and Bo Hai Bay.

A group of west-east-going folding zones, forming an extension of the most important folding axes in the Tibetan highlands, crosses the subsidence area. The main folding zones are from north to south Nan Shan, Qin Ling and Nan Ling. Nan Shan separates northern China from Mongolia, Qin Ling is a continuation of the Kunlun Shan Mountains and forms the physical divide between northern and central China, and Nan Ling is a wide belt of altitude, forming the watershed between Chang Jiang (Yangtzekiang) and Zhu Jiang, and distinguishes between central and southern China.

On the basis of the landscape design, China can be divided into three topographic major regions, East China, Southwest China and Northwest China, and several sub-regions. 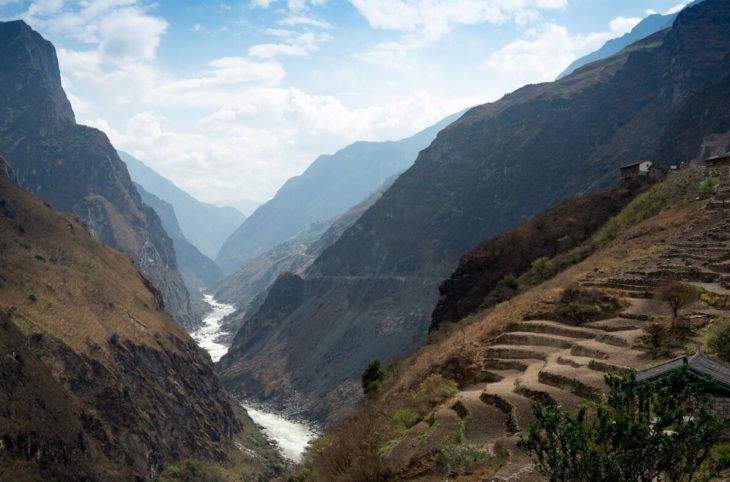