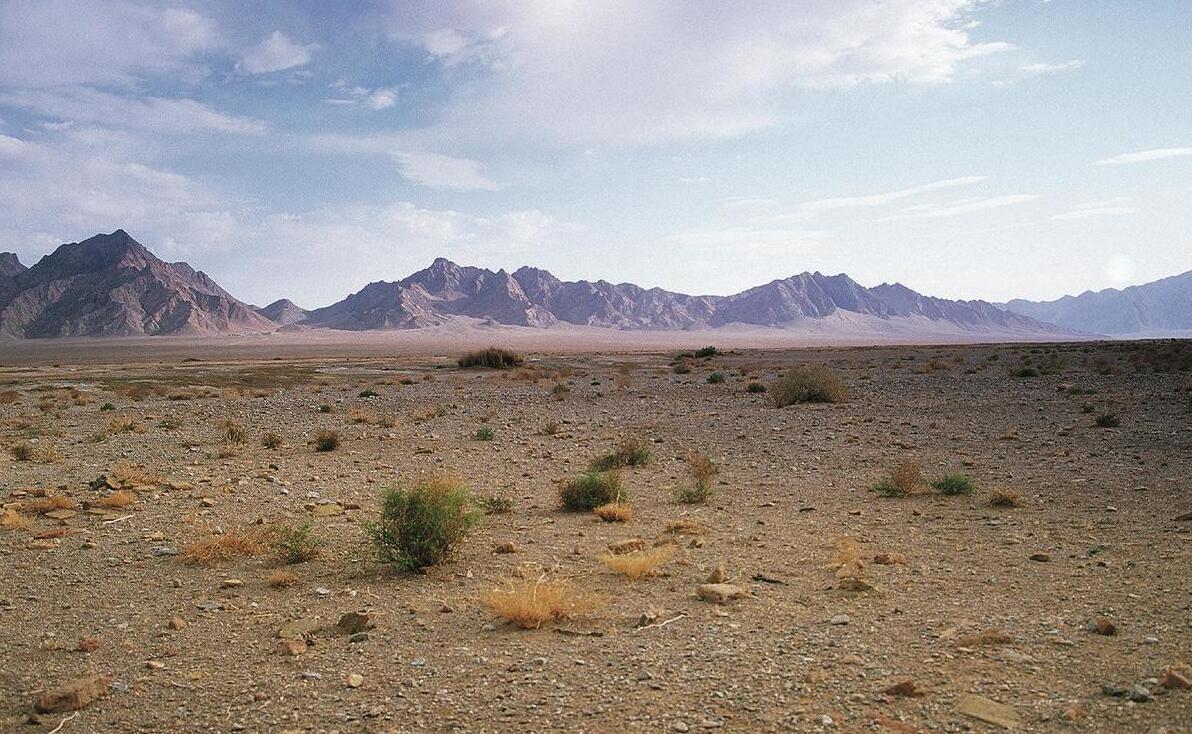 Iran is a topographically a very diverse country. The interior of the country consists of a central highland that is almost entirely surrounded by mountains, all of which are formed during the tertiary folding. The lowlands constitute only narrow strips along the coasts.

The coastal land along the Caspian Sea is very narrow, and some of it is below sea level. The coastal plain consists of sand and sand dunes, followed by a zone of salt marshes and lagoons. The northwest coast of the Gulf of Persia belongs to the Shatt al-Arabs and Karun deltas, and is a flat and swampy marsh area. East of Bushehr the mountains rise steeply from a narrow coastal belt in chains running parallel to the coast.

Geologically, Iran can be divided into three main regions: the central high plain; The Zagros Mountains and their eastern continuation; the northern mountain ranges.

Dasht-e Lut is a large desert in the eastern part of the central high plain. Dasht-e Lut is mainly a sand desert, but also consists of stretches of stone desert.

The central high plateau consists of a bedrock plateau, and covers approx. half of the country’s area. The altitude has an average height of about 1400 meters, but there are also lower recesses, for example in Khorasan.

A large part of the area consists of desert, especially the salt desert Dasht-e Kavir and the sand desert Dasht-e Lut. Both deserts contain stretches of stone desert, bare hillsides, sand dunes, salt lakes and large salt marshes. The rivers on the plateau have drains to inner pools; Most bring water only for part of the year.

The Zagros Mountains run northwest-southeast from Kurdistan at the border with Iraq and Turkey to Bandar Abbas at the Strait of Hormuz. The mountain range is approx. 1300 km long and 160 km wide, and constitutes a complicated geological zone. The highest point is the old volcano Zard Kuh (4547 m asl). The mountains are divided by numerous deep valleys, besides larger recesses. In this lies Lake Urmia (4700 km2 ), the largest lake in the Middle East.

Southwest of the mountains, the country gradually descends towards the Khuzestan lowlands on the Gulf of Persia. Karun, which is Iran’s longest river, leaps into the Zagros Mountains and is navigable in its lower course before uniting with Shatt al-Arab at Khuninshahr (formerly Khorramshahr). In the middle of Iran, the Kuh-e Rud mountain range extends north-west-southeast. The highest point is Kuh-e Hazaran (4420 masl). 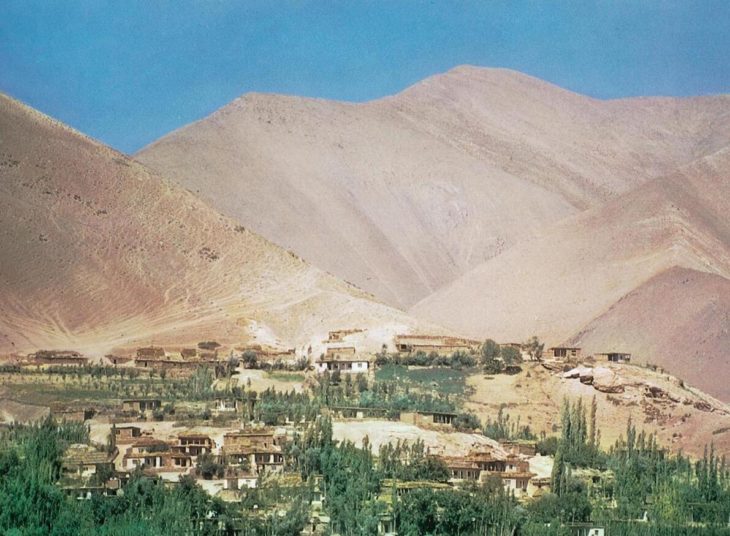 Iran, for the most part, consists of mountains and upland areas with steppe or desert climate. The picture shows a village in the Zagros Mountains.

The northern mountain ranges fall into two main groups: to the west and northwest the Elburs mountains with the outlet Talish, and to the northeast Kopet Dagh which forms a border with Turkmenistan. Elbursfjellene has an average elevation of over 3,300 m., And culminates in the utslokte volcano Demavend (5670 m.), The country’s highest mountain.

Iran lies in the subtropical belt, but the climate is characterized by great differences between the south and the north and between the lowlands and the highlands. The climate is generally continental with large annual temperature variations.

Most of the country has steppe, some areas desert climate, with annual rainfall below 250 mm. In the lowlands along the Caspian Sea and on the northern slopes of the Elburs mountains, however, an average of 1000–1500 mm of precipitation falls per year. The rainy season is most places in winter, which is related to this season’s western type of circulation (Mediterranean climate), but the Caspian lowland areas also have summer precipitation.