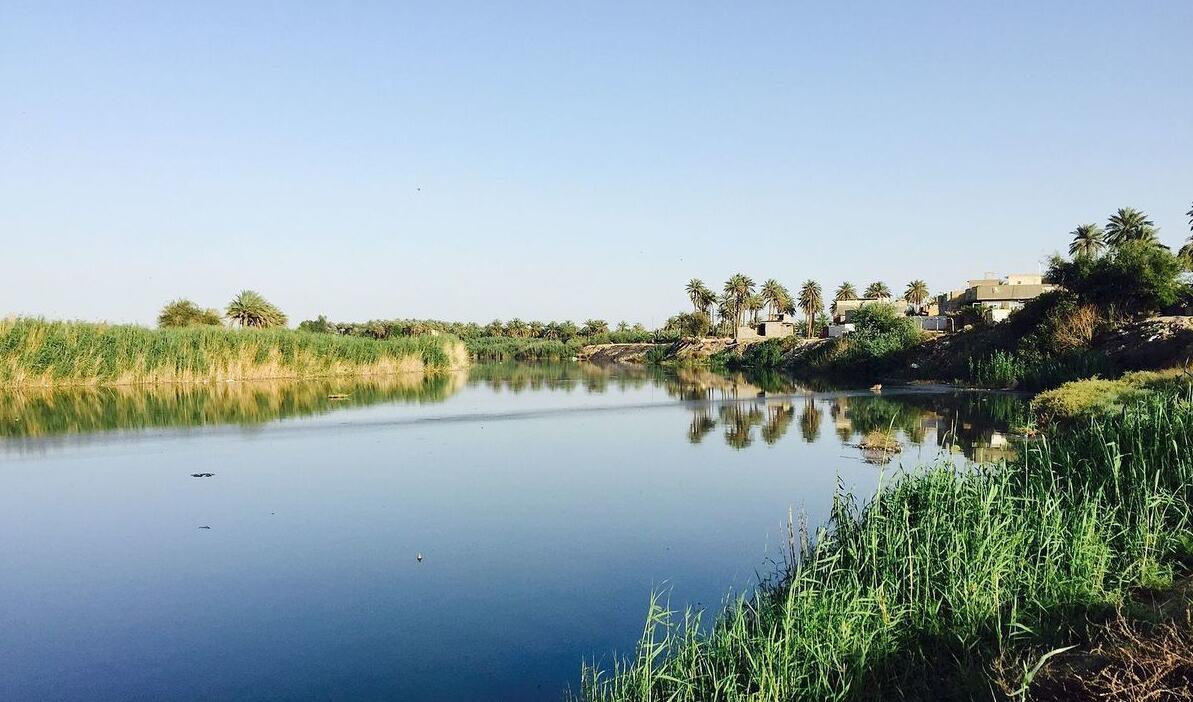 Iraq can be divided into three well-defined geological regions: deserts in the west and south, the river plains between the Euphrates and Tigris and the mountains in the northeast.

The deserts cover a large area west and south of the Euphrates, and extend west into neighboring Jordan and Syria and south into Saudi Arabia. The desert area covers more than half of the country’s area, forming a plateau that rises from the lowlands in several steps. The plateau is intersected by canyons, and at the bottom of the canyons and valleys are dried river beds, so-called wadis. Sand dunes mark the desert edge near the lower Euphrates; elsewhere, shrubs dominate. 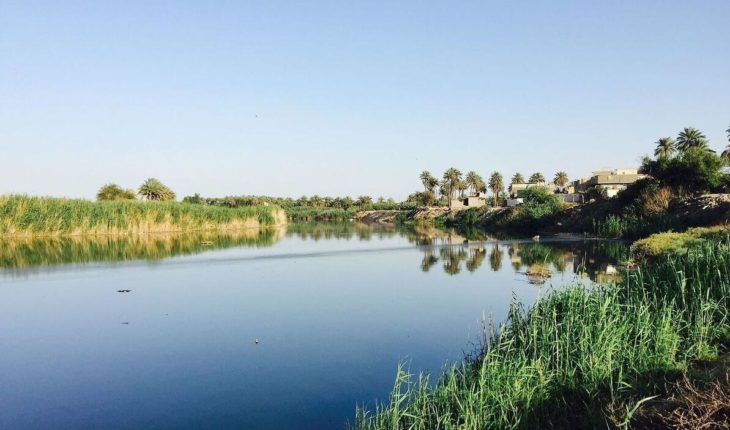 The river plains around Euphrates and Tigris are Iraq’s “heart”, and include ancient Mesopotamia. It forms a large recess filled by river deposits. Along the rivers there are wide belts of cultivated land, otherwise the land consists of grass steppe and partly swamp and desert. Both rivers come from the mountains of the north (Turkey) and run in many turns through the plain, where Baghdad, 550 km from the outlet, is only 35 meters above sea level. The river banks are partly higher than the surrounding country, and many lakes and swamps are filled during the flood. The Euphrates has no regular flow in Iraq, but Tigris receives many rivers from the mountains in the northeast, including the Big Zab, Little Zab and Diyala. North of the port city of Basra meet Euphrates and Tigris and form a common arm of arms, Shatt al-Arab.

The mountains in the northeast belong to the Zagros Mountains, and are part of the West Asian fold mountain range that extends through Turkey into Iran. The mountains are folded below the alpine fold during the Tertiary period, and reach in Iraq at heights of over 3600 m. In the foreland of these folding mountains are rich oil-bearing layers.

Iraq is in the subtropical climate zone. The weather layer is characterized by the great distance from the sea and the mountains’ shielding from moist air currents. The country is also affected by the drought-producing high-pressure high-pressure belt that reaches the far north in the summer. Summer drought and sparse winter rain are typical. The average temperature for July is approx. 35 ° C in the lowlands, 30 ° C is common in the north, approx. 500 m oh January average is approx. 10 ° C in the plain, considerably lower in the north, where it can snow and where the rivers sometimes freeze. The annual rainfall, approx. 150 mm above the plains, falls almost exclusively in winter. It increases from Baghdad and northwards, around Mosul 350-400 mm is common. More abundant rainfall and lower temperatures mean that there is lush vegetation in the mountain valleys. Almost the entire country has desert or steppe climate.