Georgia is a republic in the Caucasus, geographically located mainly in southwest Asia and to a small extent in southeastern Europe. Culturally and politically, it is often considered Europe, for example Georgia is a member of the Council of Europe. The country borders Russia, Azerbaijan, Armenia and Turkey. 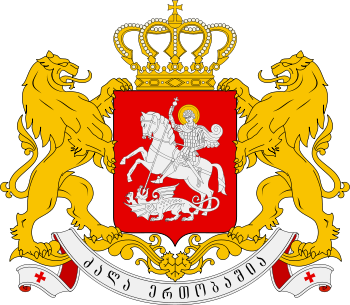 In the 600s BC. Western Georgia was colonized by Greeks who founded the kingdom of Kolchis. Another state formation that was important to Georgia’s history was known as Caucasian Iberia. The country was first conquered by the Roman Empire in 23 AD, then the Persian Empire in 265. During the 700s, the country united during the dredging times which made Georgia a local superpower. In the late 14th and early 15th centuries, Georgia was plundered and ravaged by the Mongol warlord Timur Lenk.

Georgia came under the control of Tsarist Russia in 1801. The Soviet leader Stalin was born in Georgian Gori in 1878 and took an early part in the revolutionary movement. After the Russian Revolution, the Georgian Menshevik Party declared the country independent in 1917. The country was independent for a short time until 1921 when it was invaded by the Red Army. In 1936 it became a Soviet republic in the Soviet Union. During the Soviet era, Georgia was known for its cognac. Georgia was also a very popular destination for holidaymakers in the Soviet Union thanks to its good climate and good food. In fertile Georgia, there was no shortage of food and the shortage of goods was less noticeable as the Soviet authorities failed to control the vast black market of private production of scarce goods.

Voronja Cave is the deepest known cave in the world. It is located in the Gagra Mountains in Abkhazia. The height difference in the cave is as much as 2,140 meters. Georgia has perhaps the world’s oldest tradition of winemaking. Today, white and red wines, sparkling wines and dessert wines are produced.

The following objects in Georgia are listed as a UNESCO World Heritage Site.
The year in which the item was added to the list is indicated in parentheses.

Electricity and electrical outlets in Georgia

Batumi is a city in Georgia on the Black Sea. Batumi is the capital of the Autonomous Republic of Adjara, which has some autonomy within Georgia. The city has 122,200 residents (2007). The climate is subtropical and the city is a distinct holiday resort. Batumi has a famous tennis court, dolphinarium and a botanical garden.

Gori is an industrial city in the Georgia Kartli province of Georgia, located where the river Liachvi flows into the Kura. Gori has 49,500 residents (2002). The city was founded by David IV (1089 ?? 1125), one of Georgia’s most powerful kings. The older city was almost completely destroyed in an earthquake in 1920.

The city is best known as the birthplace of the Soviet dictator Josef Stalin. In the city is the Joseph Stalin Museum with things related to his life and the house where he was born. The museum houses many items that belonged to Stalin during his time as a Soviet dictator, such as rugs from the Soviet Republic of Azerbaijan. The house in which Stalin was born was very small, and was divided between Stalin, his father, his mother and a landowner.

One of the last statues of Stalin in the former Soviet Union stands outside the city hall.

Mtscheta is one of the oldest cities in Georgia and the administrative center of the Mtscheta-Mtianetien region. The city has 7,423 residents (2005).

The city was the capital of the Caucasian Kingdom of Iberia in the 300s BC. to the 500s AD. It was here that the Georgians in 317 converted to Christianity and the city still houses the Georgian Orthodox and Apostolic Church headquarters.

Several historical monuments in Mtscheta were inscribed on the UNESCO World Heritage List in 1994.

Suchumi is a city in Abkhazia in northwestern Georgia with 43,700 residents (2003). Suchumi is the capital of the autonomous Georgian republic of Abkhazia, as well as the separatist republic of Abkhazia which declared its independence in 1994. In practice, the separatist government has its seat in Suchumi, while the Georgian republic government until August 2008 was in Chakhta.

Suchumi is located on a wide bay on the east coast of the Black Sea, and serves as a port, railway hub and holiday destination. It is known for its beaches, sanatoriums, spas and its semitropical climate. The city is also an important air link for Abkhazia. Suchumi contains a number of small and medium-sized hotels, and is visited mainly by Russian tourists. The city also maintains several historic botanical gardens, which were founded in 1840.

According to Countryaah, Tbilisi is the capital of Georgia, and has just over 1.1 million residents (2007). It is located in the eastern part of the country in the Kura River valley, and is an independent city, on the same administrative level as the country’s other regions.

Tbilisi is the largest industrial and cultural center in Georgia. The city has many museums, cinemas and theaters. It also has a zoo and a circus. Tbilisi is a strikingly green city. From Mtatsminda mountain you have a good view of the city. There is also a beautiful park. In recent years, Tbilisi’s appearance has improved. The old parts of the city have also changed.

In the old part of the city stands Tbilisi’s oldest church, the Antjischati Basilica from the 5th century. The church is known for the icon Antjischati, a work of the goldsmith Beka Opizari in the 12th century. The icon was brought there from the Antji Monastery in southwestern Georgia in the 18th century.

One of the city’s new traditions is “Tbilisoba”, a festival celebrated on the last weekend in October. Farmers from all over Georgia show their achievements in agriculture. Guests from different parts of the country and from other countries come to Tbilisi to take part in the party. During the party, performances and concerts are performed in different parts of the capital.