In conjunction with the modernization of the country and the rise in capital imports, progressive political ideas began to come into play, and under Nasireddin’s weaker successor Muzaffareddin (1896-1907) a movement emerged demanding a certain goal of political liberalism and constitutionalism. After pressure, the shahe in 1906 signed a constitution that established a kind of national assembly, the judiciary reformed according to European pattern and secured certain elementary civil rights, but it mainly benefited the privileged strata of society. Democratic self-government committees arose around the country, demanding measures against corruption and all borrowing abroad. The United Kingdom and Russia saw with concern this development and in 1907 entered into an agreement to divide Iran into a British, a Russian and a neutral zone. In 1908, the Shah used its Cossack brigade, which had been established under Nasireddin, trained by Russian officers and was the most effective force in the country, to chase the National Assembly apart. Civil war broke out, and Muhammad Ali Shah (1907–09) had to flee from Tehran. His son Ahmad (1909–25) reintroduced the constitution and convened for a short time the new National Assembly, until in 1911 it was again dissolved following Russian pressure and military interventions in the border areas. 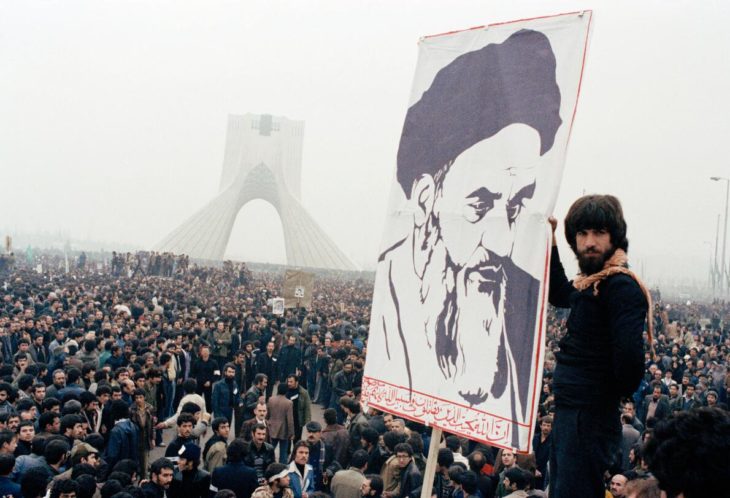 In 1978, large crowds, led by students, went out into the streets of Iran, demonstrating against the board of the authoritarian show. The rallying point was the religious leader Ayatollah Khomeini, who was in exile in France. The following year, the Shah was deposed and Khomeini returned to Iran and became the country’s supreme leader in what is known as the Islamic Revolution.

To save himself from the Bolsheviks, in 1919 the Shah signed a treaty with the United Kingdom, which de facto made Iran a British protectorate. 1919–21 increased the anti-critical mood in the country, and in 1921 nationalist Cossack officer Reza khan could easily carry out a military coup in Tehran. The Iran-British treaty was canceled that year, and the Soviet Union also agreed to write off all old loans to Iran. In 1923 Reza Khan became Prime Minister, in 1924 the Shah fled and in 1925 Reza became Emperor under the name Reza Shah Pahlavi. He fought hard on all separatist and rebellious tendencies and created a personal military dictatorship, while reforming to transform Iran into a modern state, strengthen state power and consolidate conditions in the country. In 1933, he succeeded in forcing the powerful Anglo-Iranian Oil Company to agree on new licensing terms that provided Iran with greater revenues and other important benefits of oil recovery, which had been going on in the country since ca. 1900. In counterbalance to British influence, an American company was granted concessions in Northern Iran. The emperor conducted an energetic reform work according to the Turkish pattern, but found it impossible to break with the powerful Shiite religion society. Nor was the alphabet Latinized as in Turkey. Cultural life was kept under strict control, and efforts were made to bring to life real, pre-Islamic cultural traditions. In 1935, the official name of the state was changed from Persia to Iran.

When the Second World War broke out, considerable German infiltration took place in Iran, including a large number of German oil experts. To open transit routes from the Gulf of Persia to the Soviet Union after the German attack on Russia, British and Soviet troops moved into the country in August 1941 (in 1942 also American). As German-friendly politics had failed, Reza Shah abdicated in 1941 in favor of his son Muhammad Reza Pahlavi, and Iran declared war on Germany in 1943. At the Tehran conference in November – December 1943, the Allied superpowers expressed their support for a free and indivisible Iran, but towards the end of the war, autonomous governments emerged in Iranian Azerbaijan and Kurdistan. In early 1946, British troops escaped Iran, and later the Soviet Union withdrew from Iranian Azerbaijan and the other northern districts, after trying to push for oil concessions in northern Iran. The autonomous governments were then liquidated with a hard hand.