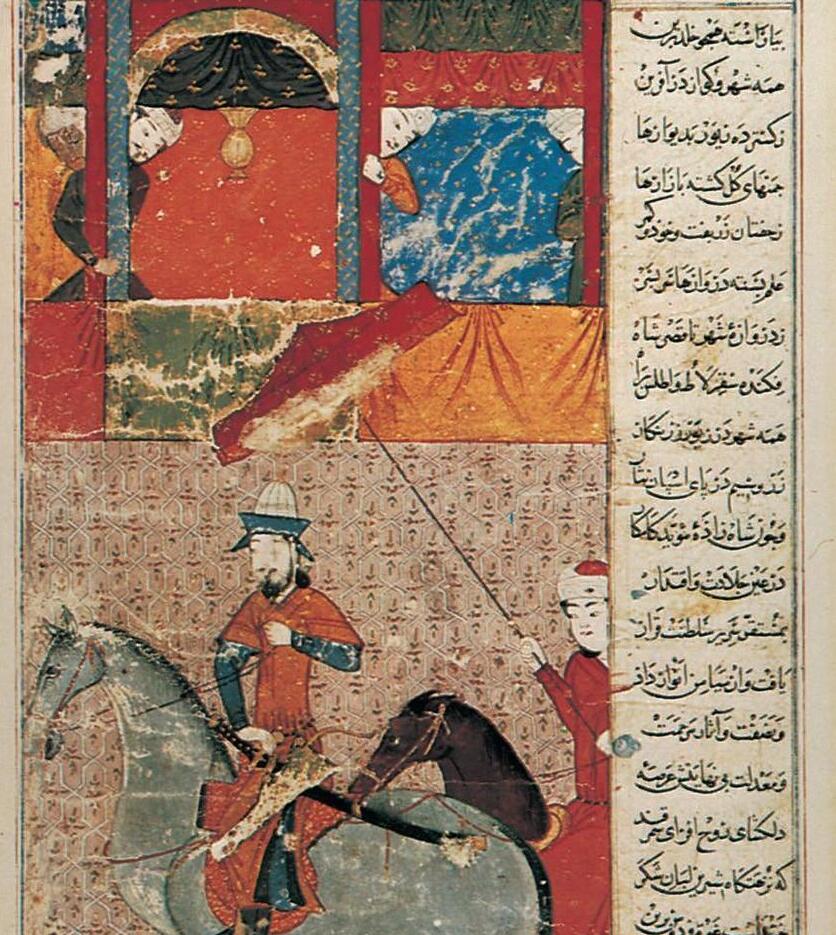 Until 1935, Persia was the name of today’s Iran. The Persian Ancient Empire originated around 550 BCE. under King Cyrus. In the 630-640 years, the area became the subject of Arab conquest, which led to the introduction of the new religion Islam and a cultural boom. From 1050, Iran was under Turkish rule, which in the 1220s was expelled by the Mongols. Timur Lenk and his descendants ruled the area from 1381 until the Safavids came to power and founded an Iranian nation state in the 16th century, and Shiism, the Islamic direction that has characterized Iran since, became a national religion.

In the 19th century, Iran came under strong European influence and debt, and in 1907, Britain and Russia signed an agreement to divide Iran into a British, Russian and neutral zone, in response to Shah’s liberalization and democratic reforms. The large oil deposits in the country made Iran attractive for power play, leading to a backlash in the Iranian people and the appointment of Muhammad Musaddiq as prime minister in 1951. Musaddiq’s nationalist politics led to conflict with the United States and Britain, and in 1953 the Shah fled the country before Musaddiq was deposed and the Shah reinstated in a US-backed coup. Shah Muhammad Reza Pahlavi gradually reigned supreme, and in 1978 major protests broke out against the regime, with the religious leader Ayatollah Khomeini as a rallying point. When the Shah lost his support in the army, an Islamic republic under the leadership of Khomeini was proclaimed in what has since been called the “Islamic Revolution”. 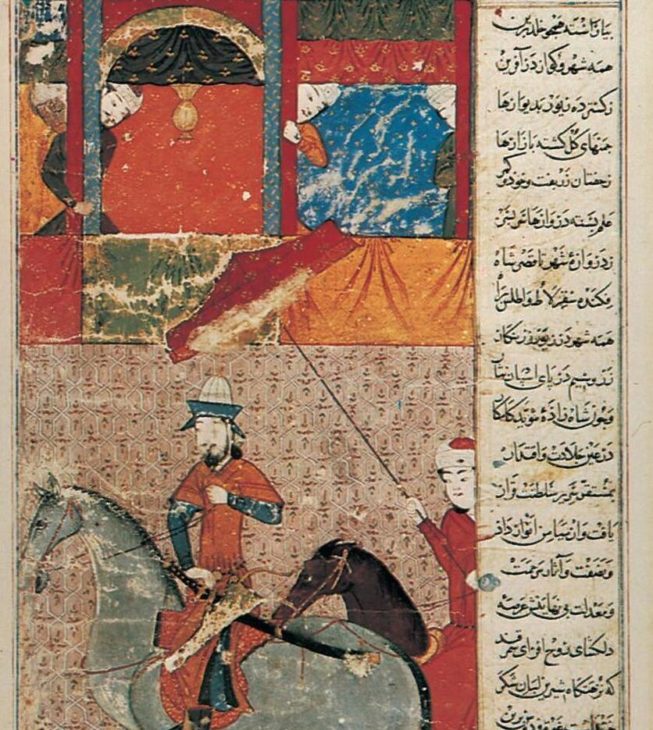 Timur Lenk, Mongol ruler and descendant of the Genghis Khan, conquered Persia in 1381. His descendants, the Timurids, ruled the Safavids under Ismail 1 (1501–24) came to power and founded an Iranian nation state. Persian miniature painting from ca. The 1430s, taken from the Smithsonian Institution, Freer Gallery of Art, Washington.

The Arab conquest of the 630-640s became a turning point in Iran’s history. Gradually, most of the people switched to Islam, but no violent repression of the Iranian tradition seems to have taken place. Within the Arab Empire, Iran and the Iranians played a significant role, especially after Islam under the Abbasids (from 749) assumed a more cosmopolitan form. Eventually they tore remove provinces in eastern Iran and Central Asia free under their own fyrstehus, as Samanids in Bukhara (800) and Ghaznavids in Afghanistan (about 1000). During these principalities, which ruled most of eastern Iran and central Asia, a cultural renaissance took place in the 800s and 900s. About. 1050, the Turkish souls (under Tughril Beg, 1038–63) surrendered most of Iran and became the dominant superpower in For Asia; during Alp Arslan (1063–73) and Malikshah (1073–92), the Seldom seas reached the peak of their power.

Culturally, this time is one of the richest in Iranian history – the golden age of the literary literature is now beginning. The realm of self-righteousness was already in disarray when the Mongols in the 1220s swept across For Asia. Iran now became part of the Mongol Empire, but gained an independent position under the Ilkhans (1256–1335), who soon converted to Islam and eventually became Iranian. The Mongolian army caused the cities to be leveled, the land decayed and the nomadic system widened. Towards the end of the ilk, Iran was once again dissolved into small states. In 1381, the country was conquered by Timur Lenk (dead 1405), whose descendants, the Timurids, ruled the Safavids under Ismail 1 (1501-24) came to power and founded an Iranian nation state.

Ismail 1 created a modern empire, which established diplomatic relations with several countries in Europe, and where business and trade flourished. Shi’ism was now definitely a state religion, and Iran came into conflict with the Ottoman forces in the West and other Sunni neighbors like the Uzbek people. During Abbas 1 the Great (1588–1629) the dynasty had its heyday, with conquests outward and magnificent building activity inward. But internal contradictions, numerous wars and insurgencies weakened the state, and in 1722 Sunni Afghans occupied most of the country. Field Lord Nadir Shah finally managed to drive them out and stretched their conquests all the way to Delhiin India. After his death in 1747, anarchist relationship reigned for a few years, until Muhammad Karim Khan, a skilled soldier of low burden, in 1750 founded the Zand dynasty, which ruled until 1794. In Afghanistan, in 1747, Ahmad Shah Durrani established an independent Austrian nation-state which has since passed beside Iran. In 1794, the last Shah of the Zand dynasty was assassinated by Agha Muhammad by the Turkmen Kadjar tribe. He founded a dynasty that remained on Iran’s throne until 1925. Under him, Tehran became the capital. 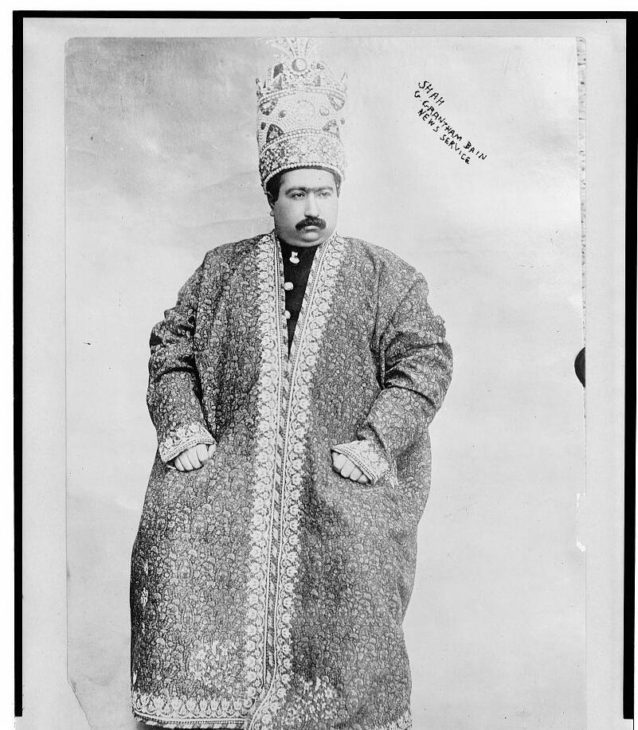 In 1909, civil war broke out in Persia, and Muhammad Ali Shah, who had only ruled for two years, had to flee from Tehran.

In the time of Fath Ali Shah (1797-1834), Iran established regular and continuous diplomatic relations with the European great powers, and the country was increasingly influenced by foreign capital interests. The Shah was drawn into the fray between the great powers, first in the Napoleonic era and later during the rivalry between Britain and Russia, which eventually deprived Iran all its possessions in eastern Armenia and the Caucasus. European technology and educational methods gained entry into the Persian army. Throughout the 19th century, Tsarist imperialism was a permanent threat, and under Nasireddin(1848-96) Iran became almost a European semi-colonial. Indeed, because of the competition between the great powers, Iran managed better than Turkey to preserve its territorial integrity, but still the country was deeply indebted for constant wars and royal wastefulness: the financial strangleholds of European credit nations became increasingly sensitive. 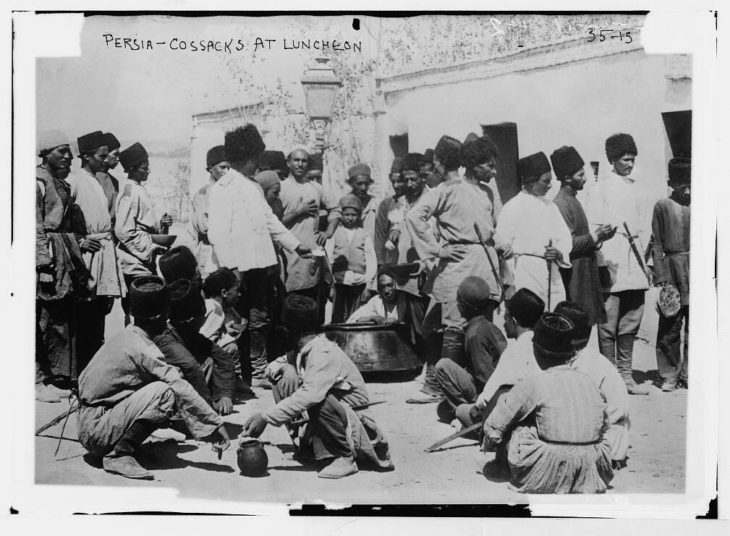 Shah Nasireddin had created his own Cossack brigade, trained by Russian officers and the most effective force in the country.