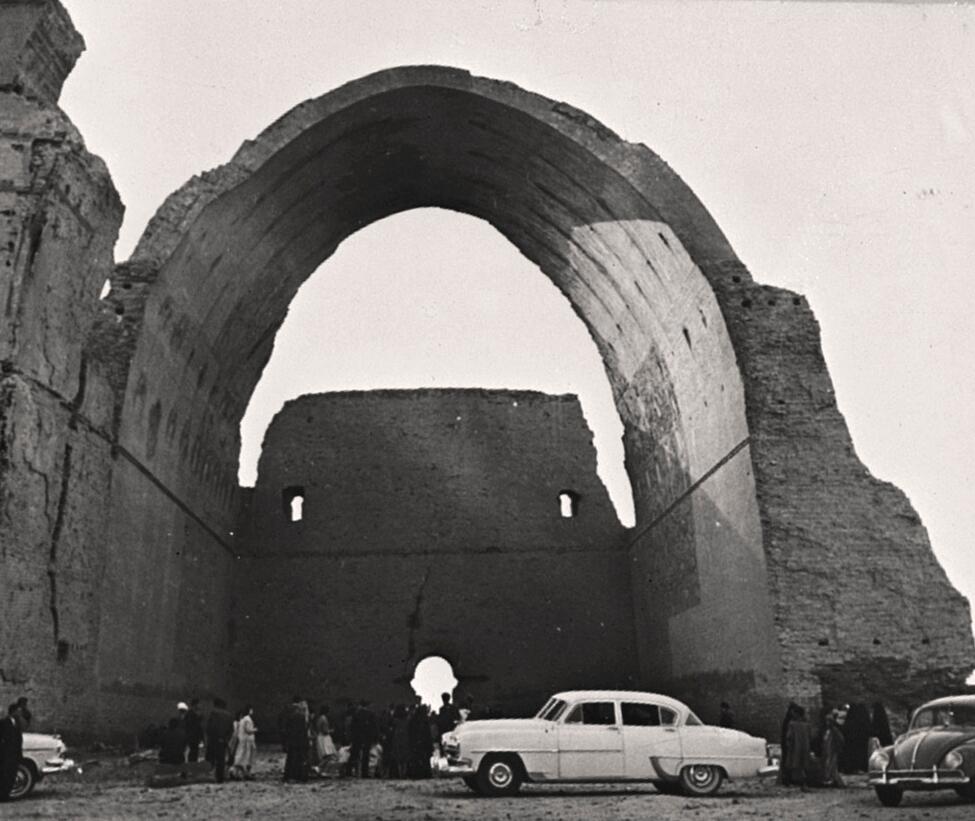 The land area that today constitutes Iraq was a core area during the spread of Islam from the 6th century. From 1534 the area was part of the Ottoman Empire, until a state formation that resembled today’s Iraq became a British mandate after World War I with Feisal as the inaugurated king. Iraq first became an independent state in 1932, and continued as a kingdom until Feisal 2 was deposed and killed in a coup in 1958. A republic was proclaimed, with strong inspiration from Arab nationalism that spread across the Middle East at this time.

This began a long period of military – led and authoritarian rule of Iraq under the Baath Party, first under alternate and chaotic leadership, then under President Saddam Hussein of 1979. In parallel with increased concentration of power and increased oil revenues, the president built a personality cult around himself. He led the country into the very bloody eight-year Gulf War against Iran, before an invasion of neighboring Kuwait led to a humiliating defeat in the Second Gulf War in 1991 against a multinational force led by the United States. After this war, Saddam was seen as one of the world’s worst dictators and mass murderers and Iraq an international pariah state. After several years of harsh sanctions against the country, the United States mistakenly accused Iraq of acquiring nuclear weapons, and then went to war against the country in 2003 to oust Saddam and introduce democracy, but the war and Saddam’s fall led to chaos, terror and civil war instead. 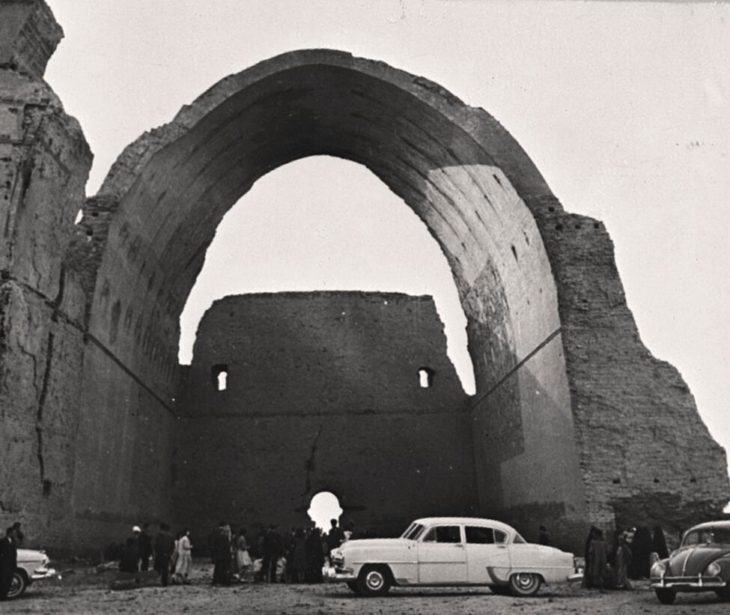 The territory that today constitutes Iraq was part of the Persian Sasanid Empire when Islam was spread in the Middle East after Muhammad’s death in 632. In 633, the Arabs attacked the city of Hira and succeeded in conquering it without much resistance, and the Arab forces continued their conquest of the Persian-controlled areas. In 637, the Arabs organized a decisive attack on the city of Qadisiya, where 20,000 Persians were conquered. When the Arabs later struck the Jalula later that year, the entire Iraq was conquered by the descendants of Muhammad under the leadership of Omar, the second Caliph of Islam, effectively ending Sasanidic rule in Iraq. To prevent the influence of Persian and local chieftains, Omar developed the cities of Basra and Kufa as military garrison towns. Access to the cities by non-Arabs who wanted to convert to Islam turned them into cultural melting pots and into political rebel centers and a base for the Abbasid clan’s struggle against the Omayyad dynasty that ruled the Arab empire. There was a dispute between Ali, the Prophet’s son-in-law, and Muawiya, former governor of Syria. Ali fell in battle in 661, paving the way for the Omayyad dynasty, under Syrian hegemony. In 750, this was replaced by the Shiite Abbasid dynasty, and its second caliph, Abu Jafar al-Mansour (see Almansor ), chose Baghdad in 762 as the capital of the Arab kingdom. 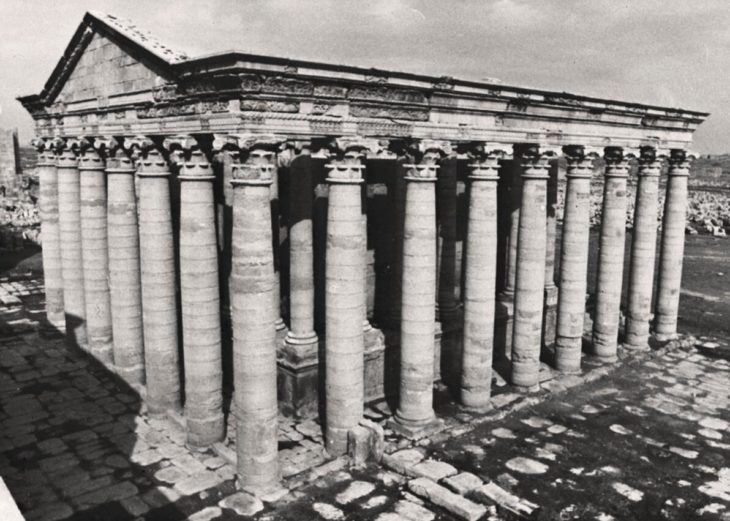 Iraq has many memories of the great empires that dominated the area at different times. To the left: A temple ruin from the 10th century AD in the archaeological site of Hatra (al-Hadr), south of Mosul. The temple was built by the parties and is clearly inspired by Hellenistic-Roman building style.

Under the Abbasids, Islamic civilization grew. The economy was good, trade increased, efficient irrigation systems with water from Euphrates and Tigris were developed, and there was increased agricultural production, construction activity and infrastructure development. In the Arab empire, Syrian, Roman and Persian political and cultural traditions were brought together, and variation in language, religion, cultures and ideas led to intellectual and artistic activity flourishing. Baghdad remained a center of cultural and scientific activity throughout the Abbasid era. Harun al-Rashid, whose place in history is made known through the adventure collection Thousand and One Nights, the ruler of the Baghdad Caliphate was 786–809. His second successor and son, Mamun, Caliph 813–833, sought to resolve the battle within Islam between Sunnis and Shi’ites. He tried to appoint a Shia to his successor as a caliph, but the Iraqi people rebelled against the proposal and the proposed candidate was assassinated. In 945 was the Abbasid caliphate in Baghdad was conquered by the Persian Shiites, buwaihidene. In 1055, the Turkish souls conquered Baghdad. These were Sunni Muslims and their conquest of Baghdad was supported by the Abbasids. The Seljuks restored the authority of the Abbasid caliphate in Baghdad and again expanded its territory.

In 1258, Baghdad fell to the Mongols, who destroyed the city and ended the Abbasid caliphate. The Mongols burned all schools and libraries, destroyed mosques and palaces, and murdered up to one million Muslims, while Christians and Jews were spared. Various Iraqi provinces were now controlled by the al-Khanids, the descendants of the Mongols, who largely married and were assimilated by Turks and Persians. Iraq became a province in a kingdom ruled by the Mongolian Khan in Persia, then came under the control of the Jealous rites and then under Turkmen control. From 1508 Iraq was under Persian rule, until the Ottoman Turks conquered Baghdad in 1534–35. Except for a period of Persian rule 1623–38, Iraq was under Ottoman (Turkish) control until the disintegration of the Ottoman Empire after the First World War. In the 18th century, several Mamelukan pasha were engaged in war with Persia, as well as against Kurdish rebels in the north and Wahhabite tribes in the south. Under the Ottoman rule, Iraq was divided into three provinces: Basra, Baghdad and Mosul. Until the mid-1800s, these were oriented in different directions, and the country was divided, with different tribal groups as local power factors. There was also a split between Sunni Islam and Shia Islam as well as some other religious minorities (mainly Jews and Christians), as well as ethnic differences between Kurds and Arabs, between city and country and between Bedouins and nomads and residents.

Only from the end of the 18th century did European influence prevail in Iraq, where France and the United Kingdom in particular showed interest. In 1802, the British opened a consulate in Baghdad, after the first sent an envoy to Basra. French and Italian religious orders also settled in the country. Throughout the 19th century, European influence also became evident through the introduction of modern services such as steamboats and telegraphs, while a railroad first opened in 1914. The Ottoman regime sought to impose direct control over Kurdistan in the mid-1800s. At the beginning of the 20th century, Arab nationalism emerged. in Basra, demanding autonomy from Istanbul.

In the fall of 1914, the Ottoman Empire and Britain were at war, and British forces occupied the Shatt al-Arab area, and the port of Basra was expanded. A British advance against Baghdad in 1915 was halted, and a new offensive was launched the following year, which led to Baghdad being conquered in March 1917, Kirkuk the following year. Before Mosul could be taken, a ceasefire with Turkey was entered into in 1918. 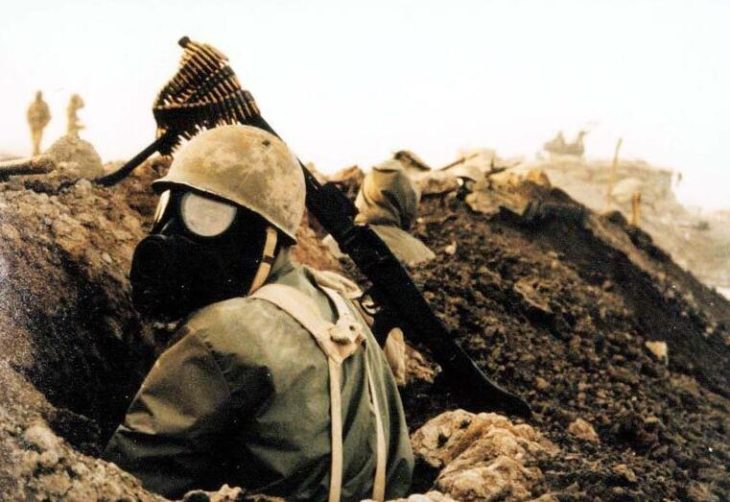