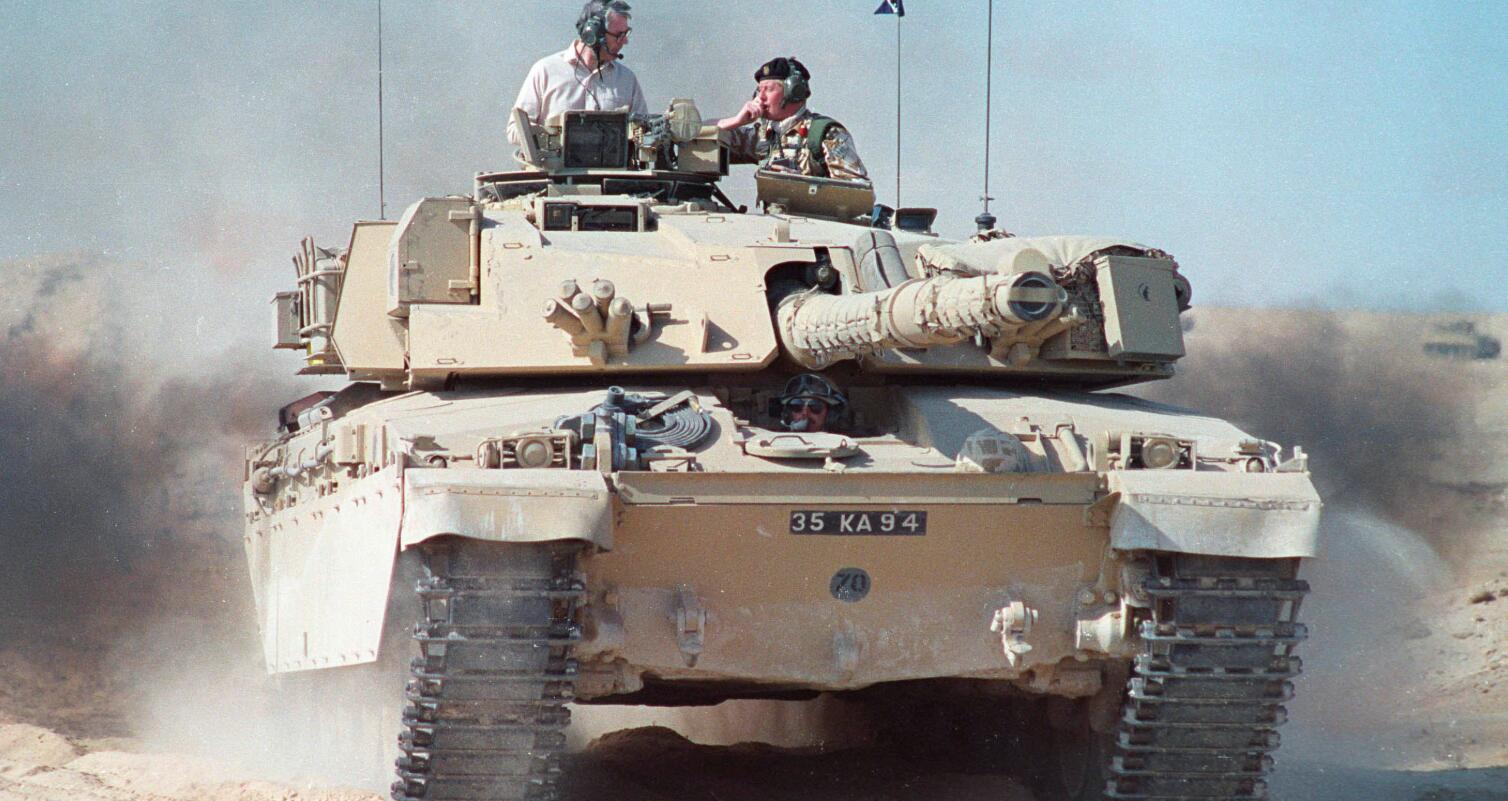 The Iraqi leadership was worried about developments in Iran after the revolution in 1979. Not least, the Sunni regime feared the influence the Iranian Shiite regime could have on Iraq’s own Shiite majority, which was in latent conflict with the Baghdad authorities. An Iraqi regime in economic progress, and with increased confidence and ambition to become the dominant power in the region, went to war against Iran. On September 22, 1980, Iraqi forces moved into Iran. Iraq had revived in advance old disagreements over the border between the two countries at Shatt al-Arab and disagreement over the status of Khuzistan / Arabistan province in southwestern Iran.

Iraq had some success in the first phase of the war, with the conquest of Iranian territory. But progress stopped soon. In 1982, Iran came on the offensive, and President Saddam Hussein acknowledged that the invasion had been a mistake. He withdrew his forces, after which Iranian troops entered Iraq. Iran attacked Northern Iraq in 1983 and threatened Iraq’s oil exports from Kirkuk. With political and military support from Egypt, France, China, Kuwait, Saudi Arabia, the United States and – above all – the Soviet Union, Iraq responded with a bomb attack against Iran and threatened the country’s oil export facility on the island of Kharg. The war was also waged out in the Gulf, with attacks on tankers. After more or less stagnation, Iran conquered the Iraqi oil port of Fao in 1986 and approached Basra. The fear of Iran spread in the Arab states in the Middle East, and the entire Arab world gradually supported Iraq in the war.

In 1987, the UN Security Council passed a resolution to end the war and to set up a commission to investigate which of the parties was an aggressor. Iraq accepted it, but not Iran. In the spring of 1988, Iran launched an offensive north of Iraq with the assistance of Kurdish forces, and conquered the city of Halabja on March 15. The following day, Iraqi pilots bombed the city with poison gas, killing 6,000 civilian Kurds. 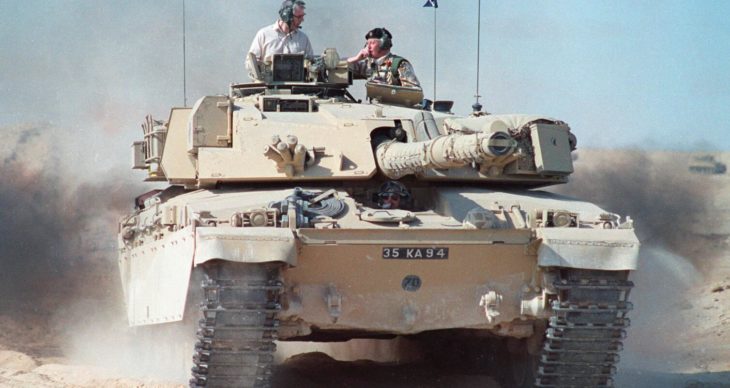 As of July 1988, the Iraqis had recaptured close to all the conquests Iran had made of Iraqi territory. On July 18, Iran announced its acceptance of the UN resolution. On August 20, both the Iranian and Iraqi troops had withdrawn to their own borders, and a ceasefire was entered into. Two years later, Saddam granted Iran the same provisions as the 1975 agreement, which meant that the war did not entail territorial change. In May 2005, Iraqi authorities officially admitted, for the first time, that Iraq was the aggressor in 1980. Earlier, Iraq had claimed that the war started with the Iranian bombing of Iraqi border posts.

According to Western sources, about 400,000 people were killed in the war and over 750,000 wounded; about one-third were Iraqis. Iraq’s financial losses were estimated at around $ 452 billion. Iraq’s infrastructure was significantly damaged during the war, but the country was strengthened militarily, including ground-to-ground missiles. Before the war, Iraq had an army of 190,000 men. This one had grown to close to one million by the end of the war; soldiers like Saddam Hussein then had to employ.

After the war, Iraq had $ 68 billion in foreign debt, the majority to Saudi Arabia and Kuwait. Iraq’s financial difficulties, as well as disagreements related to repayment of debt to Kuwait, as well as disagreement over the allocation of oil production quotas between Iraq and the Gulf states, were the main reason for Iraq’s attack on Kuwait in 1990. In addition, the Iraqi regime used a border dispute with Kuwait as a pretext for war. Iraq also threatened countries that broke OPEC’s production quotas. Iraq further accused Kuwait of stealing oil from Iraqi territory and suggested that its debt be erased. Negotiations between Iraq and Kuwait on both territorial disputes and the debt issue were held in Saudi Arabia in July 1990, but broke down on August 1.

On August 2, 1990, Iraq invaded Kuwait and annexed it as an Iraqi province. The overwhelming Iraqi military power met little resistance, and Kuwait was quickly captured. At the same time, fears of a further conflict escalated, with Iraq also mobilizing forces along the border with Saudi Arabia, while the United States and Britain sent naval vessels to the Gulf. At the request of Saudi Arabia, the United States sent combat troops and aircraft there.

Iraq refused to withdraw from Kuwait, despite international condemnation, UN-approved economic sanctions and building a multinational military force in Saudi Arabia and the Gulf region. In November 1990, the United Nations Security Council gave Iraq the deadline for January 15, 1991, to withdraw from Kuwait. Iraq did not comply, and on January 17, 1991, the Allied force began to bomb strategic targets in Iraq. Iraq retaliated with sending scud missiles to Saudi Arabia and Israel. This led to fears that Israel would retaliate, which would have blown the coalition into over 30 countries, many of which were Arab. However, Israel refrained from responding to the attacks, and after five weeks of bombing Iraq, Allied ground forces entered the country on February 23, crushing the remnants of the Iraqi army. Norway also participated in the multinational coalition,

A ceasefire agreement was declared on February 27, 1991, and Iraq waived its claims on Kuwait. The war destroyed much of southern Iraq and crippled the country’s infrastructure. Poor sanitary conditions and a lack of clean water led to outbreaks of epidemics in several parts of the country. Between August 1990 and February 1991, an estimated 100,000 Iraqis were killed and around 300,000 injured. 2.5 million Iraqis were forced to leave their homes. The cost of infrastructure destruction amounted to more than $ 170 billion.

In March 1991, riots broke out in southern Iraq. A few days later, a new Kurdish uprising began in the north, where Kurdish forces took control of several major cities. Both in southern Iraq and Iraqi Kurdistan, the United States was expected to support the rebels, but that did not happen, and the United States entered into a ceasefire with Iraq instead. In doing so, the Iraqi regime was able to defeat the insurgency, causing 35,000 people to be killed, and about two million Kurds and Shi’as fled to Turkey or Iran. The regime continued the fight against the Shi’ites by draining a large part of the wetland areas in the south, which deprived the population of their livelihoods.

The US and coalition partners did not intervene in the south, but intervened in the north, after both the humanitarian and security situation had dramatically deteriorated, and where Turkey’s security was also threatened. The international response to the crisis in Northern Iraq was a so-called humanitarian intervention, including the establishment of a so-called safe zone, which in practice became the start of Kurdish autonomy in this part of Iraq. One reason why the United States did not want to rule Saddam Hussein at this time was the fear that Iraq could disintegrate as a state, which would have contributed to instability in the region and increased influence for Iran.