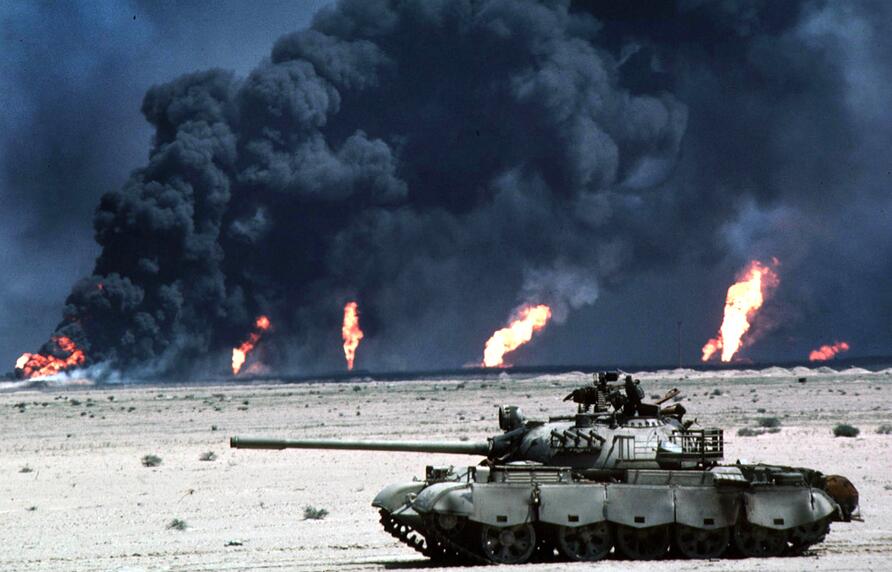 At the same time, the two neighboring countries controlled a significant portion of the world’s oil and gas resources, at a time when the United States was still dependent on oil imports and where there was growing international competition for access to these strategic goods, including from China, which grew stronger current both economically, politically and militarily. In the second half of the 1980s, a proposal was made for a new US policy aimed, inter alia, at securing energy supply through better control in the Gulf region, including regime change in Iraq.

The election of George W. Bush as new president from 2001 strengthened the political and economic forces that in the United States worked to remove Saddam from power. Among the central so-called “hawks” in the new US administration were Vice President Richard “Dick” Cheney, Secretary of Defense Donald Rumsfeld and Deputy Secretary of Defense Paul Wolfowitz. The terrorist attacks against the United States in 2001 were also argued for a regime change in Iraq. To this end, a political argument for military intervention in Iraq was to remove an authoritarian regime and replace it with a democratic election, which would then serve as a model for democratic governance, following Western thinking, also in other parts of the Arab world. 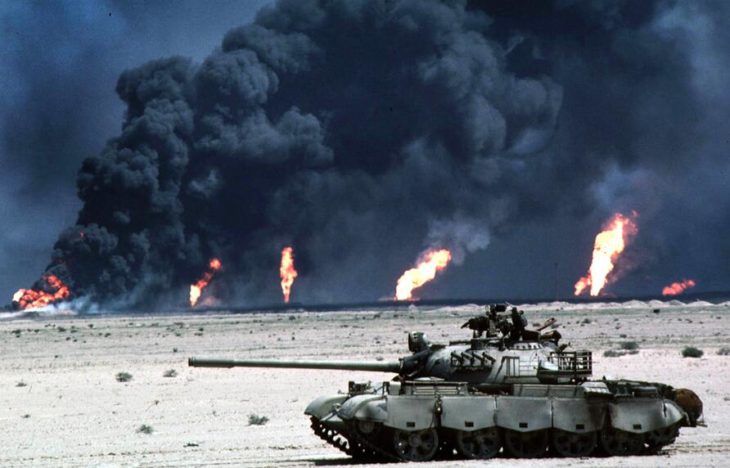 After the decision to go to war against Iraq was actually made in 2001, the United States built a political platform with arguments for the war. From 2002, the United States referred to Iraq, Iran and North Korea as the “axis of evil” and thus, but separately, as the enemies of the United States. There was no direct contact between the three states, and the United States also failed to find any connection between the al-Qaeda terrorist network and the Iraqi regime. The allegations of such contact – which would have made it easier to gather support for an attack, such as against Afghanistan in 2011 – were countered, above all by the point that while Osama bin Laden stood for a radical, militant Islamic direction (Wahhabism), Saddam most often pursued a secular policy which meant that in bin Laden’s eyes he was an apostate. Nor did the United States convince skeptics that Iraq was in possession of, or was once again developing, its ability to produce biological and chemical weapons, or nuclear weapons. Nevertheless, this – Iraq’s alleged possession of weapons of mass destruction – became the stated cause of the 2003 attack.

In the fall of 2002, Iraq again opened for UN weapons inspectors through UNMOVIC. President Bush stated that military action against Iraq was inevitable unless Iraq complied with UN resolutions. On December 7, the country’s authorities presented evidence to prove that Iraq had neither weapons of mass destruction nor facilities for manufacturing them. The United States considered the documentation incomplete, and thus found an opportunity for military action.

In January 2003, UNMOVIC reported that inspectors had not found weapons, but that they needed more time to draw final conclusions; an extension the US would not agree to. UNMOVIC’s head Hans Blix asked the US and the UK for proof of their claim that such weapons existed. US Secretary of State Colin Powell then presented the Security Council to what the Bush administration stated as evidence that Iraq had withheld the facts of the weapons programs for the UN. The United States view was supported by the United Kingdom, which sought to show that Iraq had revitalized several key parts of its weapons program, and that the country was five years from producing nuclear weapons. A British report also claimed that Iraq had continued to manufacture biological weapons and that the country had retained rockets capable of carrying biological or chemical warheads. It was further claimed that Iraq had begun the development of a new missile with a range of over 1000 km. The UN did not prohibit Iraq from possessing missile weapons, but set an upper limit for the range of 150 km.

In parallel with the diplomatic struggle, the war was prepared in several ways. In the routine air patrol, the US bombed Iraqi targets in the fall of 2002, which were considered a threat to an upcoming attack. There was significant activity by special forces from several countries, and units from Australia, Israel, Jordan, the United Kingdom, Turkey and the United States were active in Iraq to locate targets. Several of these units support Iraqi forces. Israel was preparing for missile strikes from Iraq and possible increased activity from Hezbollah in southern Lebanon, which received new weapons supplies from Iran, via Syria.

In the political sphere, the United States stepped up assistance to Iraqi exile groups, not least the Iraqi National Congress (INC), which was established with the CIA’s assistance in 1992. INC was one of the US’s most important intelligence sources for development in Iraq, and its leader Ahmed Chalabi was one of the The US’s closest confidant both before and after the invasion. The United States, the United Kingdom and Saudi Arabia also supported the Iraqi National Accord (INA), founded in 1990 and led by Iyad Allawi, who later served as Iraq’s prime minister, 2004–05. The Iraqi National Forces Coalition (INFC) umbrella organization was established in London in 2002. Prior to the war, the United States also established contact with several Shi’a groups in southern Iraq and sought to cause these to revolt as soon as the war began. Other Shia groups, such as The Supreme Council for Islamic Revolution in Iraq (SCIRI), led by Muhammad Baqir al-Hakim, was supported by Iran.

Britain’s Prime Minister Tony Blair was America’s most important supporter of the war – in a matter that divided Europe. The strongest opponents were France’s President Jacques Chirac and German Chancellor Gerhard Schröder. US strong pressure on its European allies to support a military campaign also met widespread popular opposition in Europe. With the threat of French veto against a resolution seeking UN mandate for attacks, the United States chose to go to war without UN support. On March 16, 2003, the leaders of the United States, the United Kingdom and Spain met in the Azores, stating there the possibility of a resolution that would give the UN mandate.