India is a country of great contrasts, and a multitude of cultures, languages ​​and religions. It is the world’s second most populous country after China, which is expected to pass in 2030. 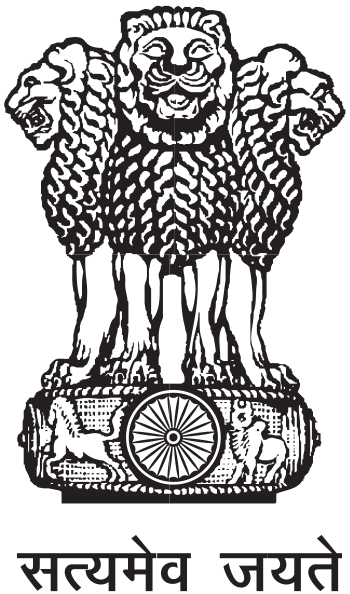 It is on the surface the world’s seventh largest country, and seven times as large as Sweden. The geographical contrasts are great. In the northernmost regions, there is the snow-capped Himalayas, the world’s highest mountain. In the northwestern part, on the border with Pakistan, lies the dry and desolate Thar Desert, also known as the Great Indian Desert, with an annual average rainfall of less than 250 mm. Some years no rain falls at all.

In the northeastern part lies Assam with tropical rainforests and the earth’s probably the highest precipitation. The city of Cherrapunji holds two world records for the highest rainfall in the Guinness Book of Records, with an average annual rainfall of 12,000 mm. In some years, almost 23,000 mm have been measured.

In the southern part it is drier, and the coasts have white sandy beaches and idyllic lagoons. On the west coast is the popular tourist destination Goa, which until 1961 was a Portuguese colony, and which was voted by Lonely Planet’s readers in 2012 as the world’s most relaxed destination.

India is today Asia’s third largest economy after China and Japan, and has a growing middle class. Officially, the proportion of poor people in the country has decreased from 51% (1990) to 37% (2011). At the same time, the gap between the richest and the poorest in the country has widened, and hundreds of millions of Indians are still living in extreme poverty.

The James Bond film “Octopussy” is largely shot in India. The same goes for the movie “Gandhi”, which won eight Oscars. It is also the film in world history that has used the most extras, almost 300,000 people.

The following objects in India are listed as a UNESCO World Heritage Site.
The year in which the item was added to the list is indicated in parentheses.

Electricity and electrical outlets in India

Agra is a city on the river Yamuna in the western part of the Indian state of Uttar Pradesh, and is the administrative capital of the district of Agra. The city is located just over 200 km south of Delhi, and has just over 1.2 million residents (2001).

From 1586 to 1658 the city was the capital of the Mughal Empire. Agra is known for hosting the Taj Mahal, a mausoleum from the 0’s. The Taj Mahal was inscribed on the UNESCO World Heritage List in 1983. In 2007, the Taj Mahal was named one of the world’s seven new wonders.

Amritsar is a city founded by Guru Ram Das, and is the holy city of Sikhism. The city has just over 2.5 million residents (2004). In Amritsar there is the Golden Temple (Harmander Sahib), which is the central shrine of the Sikhs. It was completed 1 and Guru Granth Sahib, the holy book of the Sikhs, was placed 4 in the sanctuary.

Bangalore is called “The Garden City of India” and is the capital of the Indian state of Karnataka. The city has about 6.2 million residents (2007). Bangalore has recently become the center of the Indian IT industry and houses many domestic and foreign IT companies.

Bodh Gaya is a city in the Indian state of Bihar with 30,883 residents (2001). The Buddha is said to have attained enlightenment during long meditation in Bodh Gaya, and the city is therefore a major pilgrimage destination for Buddhists. There are many Buddhist archeological remains and medieval sculptures.

Calcutta, or Kolkata as it is also called, is the capital of the Indian state of West Bengal. The city is located in northeastern India on the eastern bank of the Hugli River. With suburbs, the population is about 15 million residents, making it India’s third largest metropolitan area after Bombay and Delhi.

Calcutta was the capital of India under British India until 1911. After being the center of modern education, industry, science, culture and politics in India, Calcutta has witnessed intense political violence, conflict and economic stagnation since 1954. Since 2000, economic renewal spurred the city’s growth. Like other metropolitan areas in India, Calcutta continues to grapple with problems of urbanization, such as poverty, pollution and traffic jams. Most of the residents of the city are Bengali and speak Bengali.

Calcutta is well known for its revolutionary history, which stretches from the Indian struggle for independence to left-wing and trade union movements.

Chennai is located on the Coromandel Coast on the south east coast of India. The city has a large port from where the ferry to the Andamans goes and in its own opinion the world’s second longest beach, Marina Beach. Many manufacturing industries, including car factories, are located here. The majority of the population speaks Tamil, but a significant minority speaks Telugu.

Dharamsala is a city in the western part of the northwestern Indian state of Himachal Pradesh, and seat of the Tibetan government in exile. The terrain is highland because this is the Pir Panjal region on the edge of the Himalayas. The city was nothing more than a sleepy little town, albeit of ancient origins, when the Dalai Lama made it its provisional capital in 1960. Today, 8,000 exiled Tibetans live in Dharamsala.

Hyderabad is one of India’s largest cities and has 8.8 million residents (2008).

The city is characterized by rich culture and ancient origins, as well as by dynamic industrial development. Prominent industries are IT, biotechnology, pharmaceuticals, the film industry and the construction industry.

Jaipur is called the pink city of India and has 3.3 million residents (2005). The city was founded in 1727 by the king and astronomer Sawai Jai Singh of the Kachhawah dynasty. The pink color that left its mark on the city derives from the color that the houses were painted with during the time of the great moguls, to give the impression of being built of red sandstone.

In the city inside the walls is the palace and one of the five astronomical observatories that Maharajah Sawai Jai Singh had built. Just outside the walls you can observe the Hawa Mahal (Palace of the Winds), built in 1799 by Maharajah Sawai Pratap Singh. Outside Jaipur is the Jaigarh Fort, built in 1726, with the world’s largest cannons on wheels.

The city has a well-preserved city wall and is dominated by a large fortress on a cliff above the other buildings. Jodhpur includes the textile, metal and tobacco industries.

Khajuraho is a city in the Indian state of Madhya Pradesh, which was the capital of the ruling dynasty of Chandella between the 8th and 12th centuries. The city is best known for its large number of Hindu and Jain temples. It was rediscovered, covered in dense jungle, by a British officer in 1838 after being abandoned in the 14th century. Khajuraho has 19,282 residents (2001).

In 1986, several of the monuments in Khajuraho were placed on the UNESCO World Heritage List.

Mumbai was called Bombay before 1996 and is a large city on the west coast of India with a total population of 13.6 million (2008). In the entire metropolitan area, Mumbai has just over 20.8 million residents (2008), making it India’s most populous city.

According to the 2001 census, no less than 49 percent of the city’s population lives in slums, which is partly due to the overheating of the city’s economy and land and property prices in absolute world class. The largest slum is called Dharavi, and is located in the middle of the metropolitan area.

Attractions in Mumbai and its immediate vicinity include the Elephanta Caves, Haji Ali Mausoleum and Chhatrapati Shivaji Station, all of which are a UNESCO World Heritage Site.

According to Countryaah, New Delhi is the capital of India and is located in northern India. It has 302,363 residents (2001). Despite its importance, it is a relatively small city, and is a suburb of the much larger Delhi.

Under British rule, the Indian government moved from Calcutta to Delhi in 1911. Government buildings had then been erected in the Raisina Hill area of ​​present-day New Delhi, with the Viceroy’s Palace in the center.

In New Delhi, there is the seat of the federal government, the presidential palace Rashtrapati Bhawan, the prime minister’s office and residence, foreign missions and more.

Pahalgam is a city in the state of Jammu and Kashmir with 5,922 residents (2001). The city is popular with tourists and is usually described by some as one of the most beautiful places in the world.

Panaji is the capital of the Indian state of Goa. The city has 65,000 residents (2001), and 100,000 residents with suburbs. The city is a quiet small town with obvious European influences, and a contrast to Goa’s hectic beach life.

About a mile from Panaji is Old Goa, formerly the capital of the province, but abandoned in the 19th century after a devastating cholera epidemic. Old Goa is a UNESCO World Heritage Site.

Pondicherry is the capital of the territory of the Union of the same name. This is governed from Delhi, and not from the state of Tamil Nadu where Pondicherry is geographically located.

The city has 735,332 residents (2007), and the whole of Pondicherry is a former French colony on the coast. The architecture of the city is more reminiscent of a small French village than an Indian city. Many people visit the city to view the French cultural heritage of India and eat French food.

Srinagar is the capital of the Indian state of Jammu and Kashmir, but only in the summer. In winter, Jammu is the capital. The city has 588,000 residents (1981), and was founded in the 500s AD.

The city of Varanasi has just over one million residents and is located in the state of Uttar Pradesh, on the river Ganges. Millions of Hindus come here on pilgrimage, to bathe at one of the many ghats that lie by the river bank in hopes of being cleansed from the sins of their lives. Many are also those who are cremated on large crematoria next to the river, to then have their ashes scattered in this holiest of Hindu rivers.

Varanasi is said to be the oldest, still inhabited city in India and one of the holiest. It has also been called Benares and Benaras. The city has a very long history, from about 500 BC. Mark Twain has written; “Benaras is older than history, older than tradition, older even than legend and looks twice as old as all of them put together.”

The place is mentioned both in the Mahabharata and in Buddhist scriptures. About a mile south of Varanasi, in Sarnath, the Buddha (Siddhartha Gautama) gave his first sermon.

The city is often referred to in Hinduism as the “land of origin”, as it was here that the gods Shiva and Parvati are said to have married. According to the myth, the connection between these two is so strong that it laid the foundation for the whole creation. This is where everything began, and this is where everything will return when everything goes to rest.