Indonesia consists of about 17,500 islands, spread over an area larger than Australia. The country is located in Southeast Asia, on either side of the equator, and is the world’s fourth most populous country. Indonesia also has the world’s largest Muslim population. 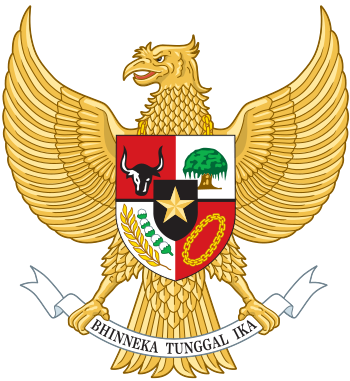 About 6,000 of the islands are inhabited, the largest of which are Java, Sumatra, Sulawesi and Bali. In addition, Kalimantan (two thirds of the island of Borneo) and West Papua (the western part of the island of New Guinea). Four fifths of the country consists of the sea. In the west and south of the Indian Ocean, and in the northeast of the Pacific Ocean. The islands have been inhabited for at least 12,000 years, but preserved architectural monuments can only be found from the Stone Age and Bronze Age in the form of megalithic tombs and dolmens.

Indonesia has over 300 ethnic groups, and its physical and cultural composition reflects the history of the island kingdom. The population of West Papua consists predominantly of Papuan tribes, whose culture is very different from the Indonesian. The cultural survival of these peoples is now threatened by the government’s migration program, which will move 20 million people from Java to West Papua.

Today’s population is unevenly distributed between the different islands. Java, Madura and Bali cover about eight percent of the country’s area, but have over 60 percent of the country’s population. Java is one of the most densely populated areas in the world. In the last century, there has been a large influx of people there, and the island has become increasingly overpopulated.

Indonesia’s industrialization today poses a serious threat to ecology. Although the Indonesian government prioritises environmental issues, it must at the same time weigh them against the widespread poverty in the country. Important environmental policy issues are deforestation, forest fires with associated smoke problems, and overfishing. There are also problems due to urbanization, such as air pollution, waste management and water resources. Several plant and animal species are endangered, including 140 mammals. Within the framework of UNESCO, several sites have been declared biosphere reserves.

With over 300 ethnic groups, the cultural diversity of the country is noticeable, but modern Indonesian culture is often a mixture of these ethnic elements. Apart from the cultures of the indigenous peoples, there are significant cultural influences from Indians, Arabs, Chinese, Malays and Europeans.

The following objects in Indonesia are listed as a UNESCO World Heritage Site.
The year in which the item was added to the list is indicated in parentheses.

Electricity and electrical outlets in Indonesia

Balikpapan is a town on the Indonesian part of the island of Borneo. It is located in the Kalimantan province of Timur and has 780,000 residents (2007). Balikpapan has an international airport which is one of the largest in the country. The city also has two ports.

Denpasar has been the administrative capital of the province of Bali since 1958, and has 574,610 residents (2005). Bali is also the only airport in Denpasar.

The city is located on Jakarta Bay in the western part of the island where the river Ciliwung empties into the sea. Outside the city there is agricultural land and partly rainforest. The city area includes 105 larger islands located about 45 km north of Jakarta city center. They are called Kepulauan Seribu (“Thousand Islands”).

The city was founded as a trading post for the Dutch East India Company in 1619. It was then called Batavia and retained that name until 1949. The city is named after an old Indonesian port city on which the ruins of Batavia were built. The city’s old center has canals based on the Dutch pattern.

Jayapura is a city in northern New Guinea in Indonesia. It is the administrative capital of the province of Papua and has 200,524 residents (2005). Jayapura has changed its name a few times during the 20th century and was known under the names Hollandia (1910 ?? 1962) as well as both Kota Baru and Sukarnapura during the subsequent period until 1968. The city got its current name at the end of 1968.

Pontianak is a city in western Borneo, Indonesia. It is the administrative capital of the province of Kalimantan Barat and has 501,843 residents (2005).

Samarinda is a city in eastern Borneo, Indonesia. It is the administrative capital of the province of Kalimantan Timur and has 574,439 residents (2005).

Surabaya is a coastal city in East Java in Indonesia. It is the administrative capital of the province of Jawa Timur and has just over 2.6 million residents (2005), making it the country’s second largest city.

Yogyakarta is a city on the island of Java in Indonesia. It is the administrative capital of the Yogyakarta region and has 433,539 residents (2005). The city is one of Indonesia’s major cultural centers, and was also the capital of Indonesia between 194650 during the War of Independence against the Netherlands. The city was founded in 1755.