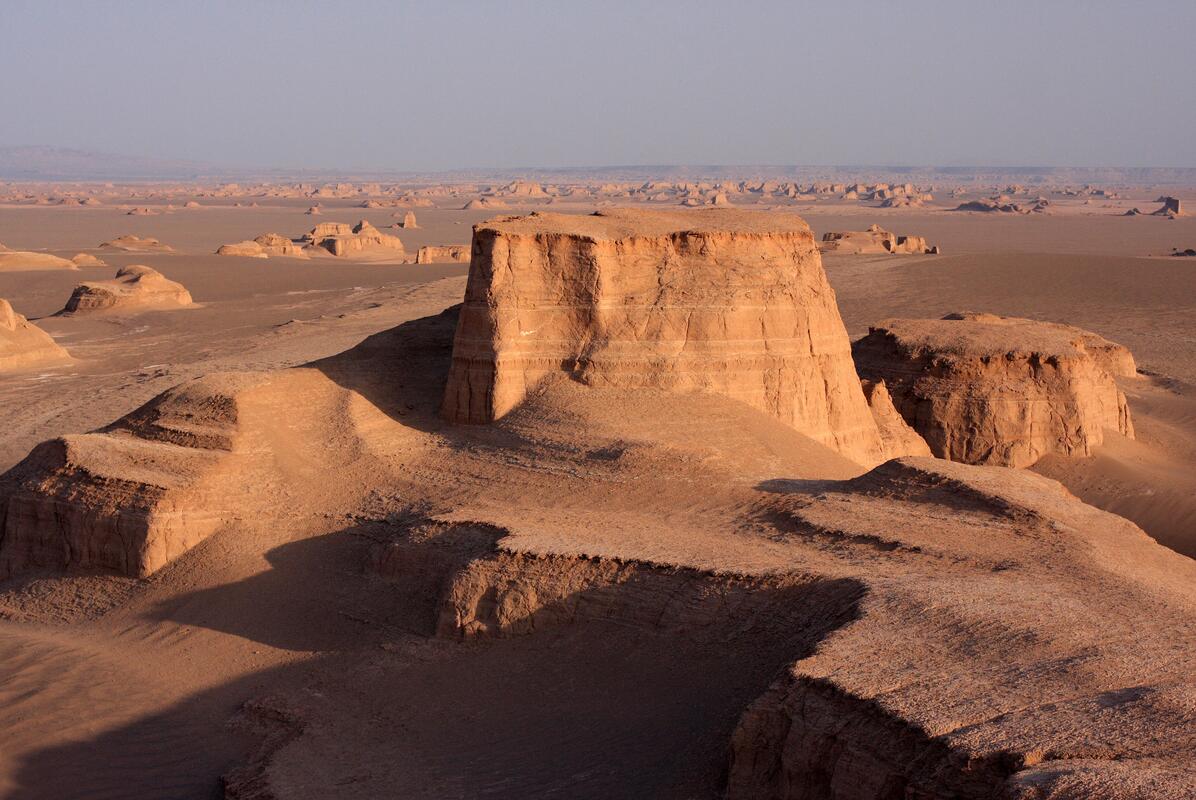 Iran is a republic in the Middle East, bordering the west toward Iraq and Turkey, in the north towards Azerbaijan, Armenia, the Caspian Sea and Turkmenistan, and in the east to Afghanistan and Pakistan.

The Republic also includes Qeshm, Kharg and other islands in the Persian Gulf. In addition, three small islands ( Abu Musa, Greater Tunb and Lesser Tunb) enter the Hormuz Strait, which the country took possession of in 1971. The topography is very varied, and the land consists of a central highland almost completely surrounded by mountains.

The population is about 80 million (2015) and consists of many different ethnic and linguistic groups, of which Persians are the largest. The majority of the people are Shia Muslims.

About half of the economy is centrally controlled, and about 30 percent of government spending is channeled through religious foundations. Oil and gas production dominates, but revenues have fallen as a result of increasingly stringent international sanctions due to the country’s disputed nuclear program.

Since the 1979 revolution, Iran has been an “Islamic republic” where the supreme religious leader is also the head of the republic ( Wali Faqih ). Religious leaders also sit in other executive positions. In the fall of 1980, Iraq went to war against Iran, and half a million soldiers and an unknown number of civilians were killed in the war before it came to a truce in 1988, while the borders remained as before. 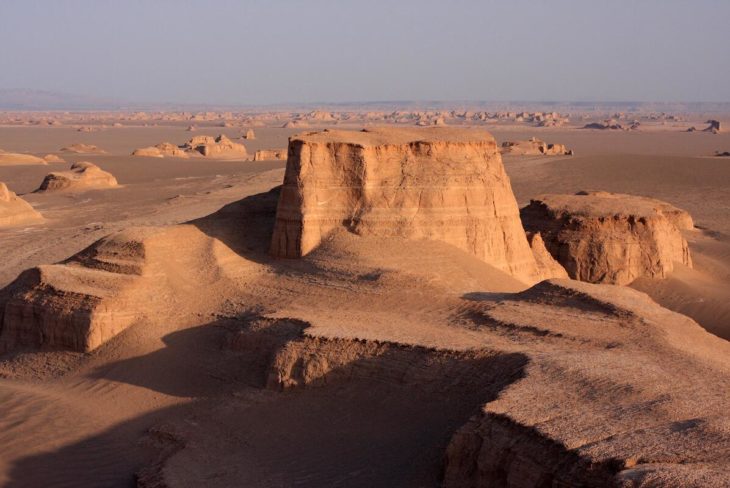 Iran is topographically a very diverse country. The interior of the country consists of a central highland that is almost entirely surrounded by mountains. The lowlands constitute only narrow strips along the coasts. The coastal land along the Caspian Sea is very narrow and some lie below sea level. Geologically, Iran can be divided into three main regions: the central high plain; The Zagros Mountains and their eastern continuation; and the northern mountain ranges.

The northwestern part of the coast towards the Persian Gulf belongs to Shatt al-Arab ‘s and Karun ‘s deltas, and is a flat and swampy marsh area. East of Bushehr the mountains rise steeply from a narrow coastal belt in chains running parallel to the coast.

Iran lies in the subtropical belt, but the climate is characterized by large differences between the south and the north and between the lowlands and the highlands. The climate is generally continental with large annual temperature variations.

About a tenth of the country is wooded, and the largest forest areas are found in the Caspian region, on the northern slope of the Elburs mountains, with summer-green deciduous trees, but almost no conifers. At the Gulf of Persia, date palms and other fruit trees are grown. There are over 5000 species of seedlings in Iran; many are endemic (native).

Wildlife is characterized by species adapted to steppe and desert environments. Most species are Palarctic ( bear, lynx, wild boar, deer ), but there are features from both Indian and African fauna. 520 bird species have been observed in Iran. 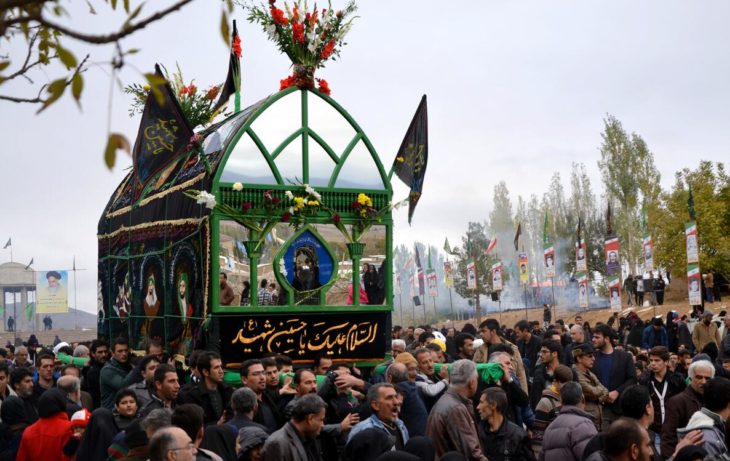 In 2015, Iran’s population was estimated at 79.1 million. A baby boom after the 1979 revolution means that the population is still young.

The majority of the population lives in cities (71 percent), and life expectancy is 72 years for men and 75 years for women.

The population belongs to many different ethnic, religious and linguistic groups. The Iranian language group counts about 70 percent of the population, including Shia Muslim Iranians (45 percent), Sunni Muslim Kurds (8 percent), and Baluchs (2 percent), who are, in part, nomads.

About 30 percent are Turkish-speaking, including Azerbaijani (16 percent) in the northwest and the semi-nomadic Turkmen in the northeast.

The Indo-European language Persian (parsi, parsi) is the official language and mother tongue of half the population. A total of about 30 other languages ​​are spoken from several different language families.

About 98.4 percent of the population in Iran are Muslims, of whom 90.4 percent are Shia Muslims. Sunni Islam is first and foremost represented among minority groups such as Kurds, Turkmen and Baluchis. The country has a number of religious minorities. The Constitution guarantees religious rights for the approved minorities, ie Jews, Christians and Zarathustra followers ( parsers ).

Iran is an Islamic republic. The political system in the country has its basis in the Constitution of 1979. It was later revised in 1989.

According to the constitution, the state is to be governed by Islamic scribes. The head of state, Wali Faqih (the supreme leader), is elected by a separate council, Majlis-e Khobregan (Expert Council), which consists of 86 clergy. The Constitution gives the supreme leader wide authority in all areas of society: He controls key institutions such as the judiciary, the police, the army and the media. He can reject all decisions made by the president and parliament and has the decisive say in shaping domestic and foreign policy.

The executive power is added to the president, elected in the general election for four years. The president can be re-elected once. After a change in the constitution in 1989, the president is also the head of government. The legislative power has been added to the Majlis-e-Shura e Islami Parliament (the Islamic Consultative Assembly) with 290 members elected in the general elections for four years.

The current president is Hassan Rouhani, elected in the 2013 presidential election. He was re-elected in 2017.

Other important bodies are the Guardian Council, which will ensure that Parliament’s decisions are in line with Islam; The Broker’s Council, which has a conflict-solving function when the Parliament and the Guardian Council disagree and an advisory function to the Chief Executive; and the Revolutionary Garden, created in 1979 to defend the revolution. Many centers of power compete for influence in a complicated political system.

The Persian Empire was founded around 500 BCE, and was in ancient times one of the first real world empires. During Dareios 1, it stretched from Greece to India. The country was conquered 641 AD by the Arabs, who introduced Islam. It was later conquered by Turkish seals and then by the Mongols (1221).

In recent times, Persian culture experienced a flourishing period during the Safavids in the 16th and 16th centuries. During the 19th century, the country was increasingly influenced by British and Russian influence. Reza Khan, an officer in the Iranian Cossack Regiment, seized power in a coup in 1925 and ascended the throne as Shah of the Pahlavi dynasty.

During World War II, British and Soviet troops invaded the country. When Stalin, Roosevelt and Churchill met in Tehran in 1944, they were protected by the Red Army. In 1953, the elected prime minister, Muhammad Mossadegh, who had nationalized the oil industry, was deposed in a British / American coup, and the young Mohammad Reza Pahlavi was inaugurated.

He was a close ally of the United States until 1979, when the Islamic Revolution brought Ayatollah Khomeini to power. When Khomeini died in 1989, Ali Khamenei became the supreme leader. Under him, pragmatic, conservative, populist and reform-oriented politicians have shifted to holding the presidential office.

Iran is considered a regional superpower, and plays an important role in the world economy due to the country’s large reserves of oil and natural gas. In 2012, Iran was ranked No. 25 (nominally) and No. 17 (adjusted for purchasing power ) on the list of the world’s largest economies. Growth was estimated at 1.9 per cent and inflation at 34 per cent. The Revolutionary Guard controls an estimated 1/3 of the economy. 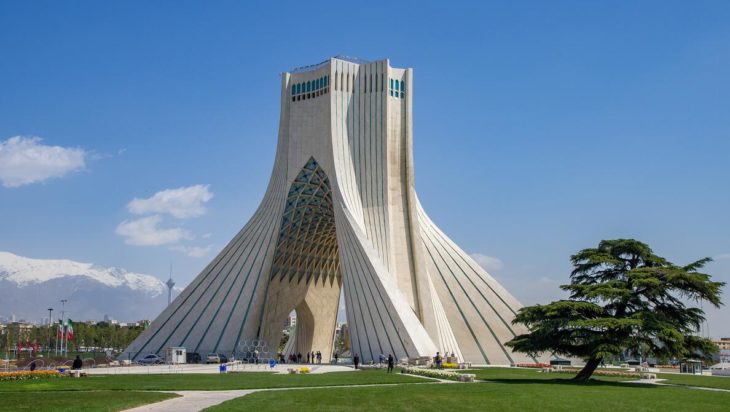 The Tower of Liberty ( Azadi Tower ) is a well-known landmark in the capital Tehran, and was erected by the last Shah in 1972 to mark 2500 years since the formation of the Persian Empire.

Iran’s controversial nuclear program has led to international sanctions that have cut oil exports by half. Self-sufficiency and domestic investment have picked up, but unemployment is double-digit and many Iranians are seeking work abroad. The brain drain is extensive.

The International Monetary Fund (IMF) describes Iran as a transitional economy, that is, from planning economy to market economy. The country has had observer status in the World Trade Organization (WTO) since 2005, but the United States and other countries oppose full membership for the time being.

Iran is one of the oldest cultural nations in the world. During the “great kings” of Kyros, Dareios, Xerxes and others, the Persian Empire was 559-330 BCE. the world’s leading superpower, and the capital of Persepolis, the world’s cultural center. Several basic elements of Western culture originate from this, thus the perception of existence as a struggle between the good and the bad, as well as the idea of ​​a Messiah (who first appeared in the Bible after the Persians had freed them from captivity in Babylon).

The Sasanidic Empire 226-651 rivaled Rome and Byzantium over 400 years. After the Arab invasion of 651, the Iranians were converted to Islam, but unlike other Islamized peoples, they succeeded to a great extent in preserving their original culture under Islamic varnish, and numerous ancient Iranian elements live on in Iranian Shiism.

After some dark centuries, from about 950 to 1500, Iran experienced a unique cultural (especially literary) flowering. Poets such as Ferdousi, Omar Khayyam, Sadi, Rumi and Hafez are among the great names of world literature, and Hafez (dead 1390) is still the most widely read author in Iran. 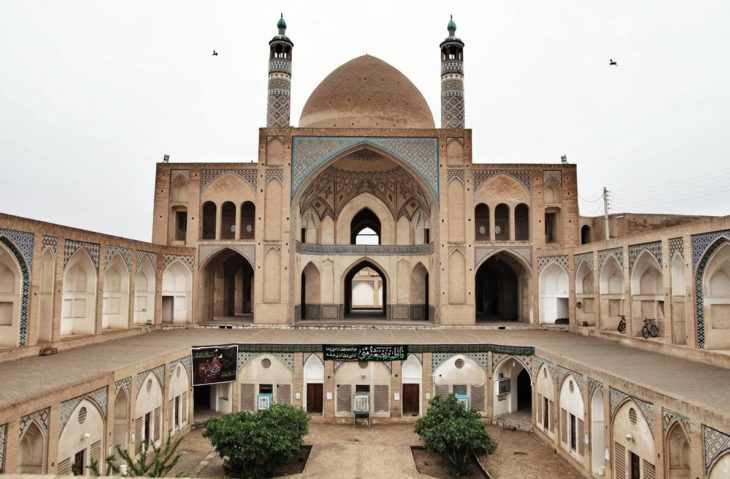 The Agha Bozurg Mosque is considered to be one of Iran’s most beautiful and magnificent buildings.

In 1501, the “Twelve Muhammadans”, a fanatical Shiite sect, came to power and the nation’s population was converted to this sect. They have left behind a number of magnificent mosques, but there were narrow grounds for literature and thinking. In the 20th century, society began to be modernized, but with the Islamic revolution in 1979, the country re-emerged under the strict regime of the Twelve.

Iran’s largest media channel is television, which reaches 86 percent of the population. Satellite equipment is in principle prohibited, but is allowed in practice. More than 50 percent of the population has access to the Internet, which is the largest platform for political activism. Western social networks such as Facebook, YouTube and Twitter are blocked and opposition bloggers are imprisoned.

Iranian universities have traditionally had a high proportion of female students (60 percent), but the new law of 2012 prohibits women from immersing themselves in all subjects, including accounting, consulting and engineering. It is compulsory for both genders to follow Islamic practices. Women risk prison sentences for not covering their hair, and Western attire is considered by the clergy to be morally corrupt. Multiculturalism is allowed, but less common in urbanized areas. Schools, bathing beaches, libraries and hairdressing salons are separated from the sexes. According to the law, weddings, conferences and funerals are also gender segregated, but this is rarely followed in practice.

Iran follows Islamic timescale based on lunar orbit. According to the Western (Gregorian) calendar, the calendar year begins March 21 and lasts until March 20 the following year. The timing begins in the year 622, which marks Prophet Muhammad’s escape from Mecca to Medina. 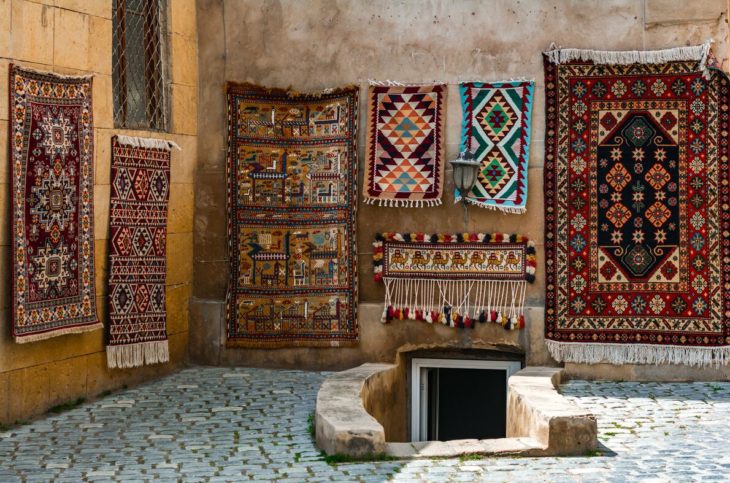