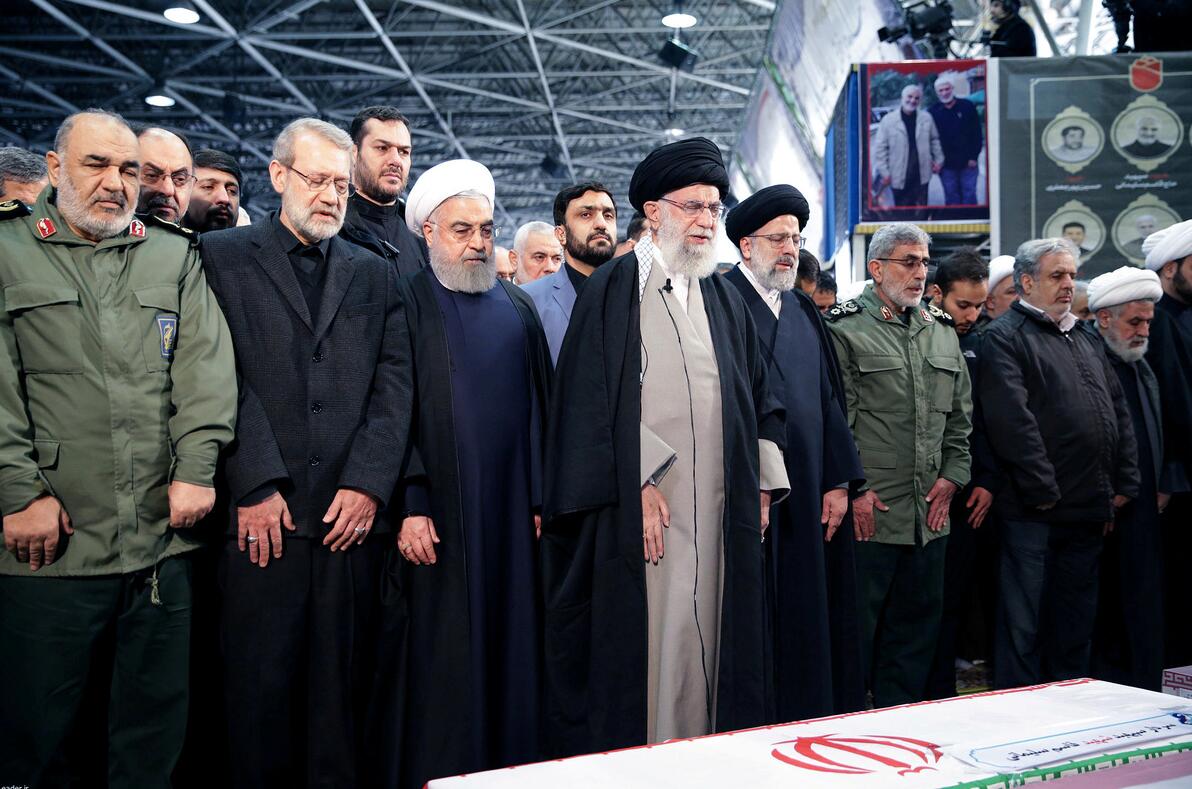 At the elections of parliament majlis in 1992 strengthened the moderate wing significantly at the expense of the Conservatives. A majority were prepared to follow Rafsanjani’s economic reform program, but many fell from when tightening was decided. The president also met opposition from the traditional trade stand in the bazaars. In 1994, private banks were allowed and the currency devalued. In 1995, there were riots in Tehran in protest of commodity shortages and a doubling of gasoline prices, and in the 1996 parliamentary elections the Conservatives strongly retreated at the expense of more pragmatically oriented candidates. 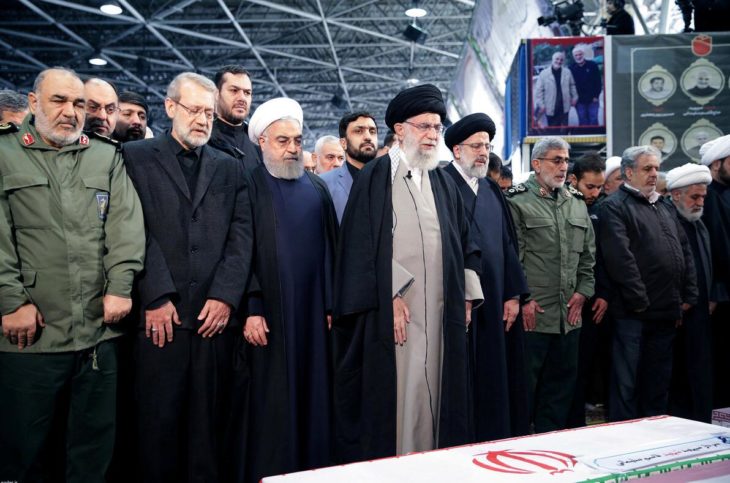 On the night of January 3, 2020, the United States liquidated Iranian Major General Qassem Soleimani with a drone attack on the car he deployed at Baghdad International Airport in Iraq. Soleimani was one of the most powerful people in Iranian politics and society, and led the Quds forces in the Revolutionary Guard, which stands for Iran’s support for especially Shiite militant organizations and rebel groups in the Middle East. Here, Iran’s top leader Ayatollah Khamenei (in front, in gray) and President Hassan Rouhani (in white turban) pray over Soleimani’s coffin.

1997 was the start of the “Iranian Spring” when the reform-friendly Ayatollah Muhammad Khatami was elected President. Khatami’s program of greater political and social freedom made him very popular, especially among women and youth. The 1999 general election became an overwhelming electoral victory for reform candidates, and the reform movement gained a solid majority in the 2000 parliamentary elections. However, the powerful non-elected Guardian Council halted most attempts to reform and democratize Iranian society. As a result, Khatami, his government and the reform movement were gradually discredited in large sections of the population.

Iran’s political system is based on the principle that the state is governed by Islamic scribes. Iran’s head of state is the supreme religious leader, faqih. He oversees key institutions such as the judiciary, the police, the army and the media. He can reject all decisions made by the president and parliament and has the decisive say in shaping domestic and foreign policy. The Guardian Council, which consists of six clergy appointed by the Supreme Leader and six lawyers appointed by Parliament, has the task of ensuring that all decisions in parliament are in accordance with Islam and the Constitution.

President Khatami was re-elected in 2001 with 75 percent of the vote. The reform program, however, suffered repeated defeats, and the second presidential term was strongly marked by frustration and wear and tear on the popularly elected part of the system. Some important progress was made, including a moratorium on the use of stoning, the same amount of “blood money” for Iran’s four recognized religions (Muslims previously received twice as many other religions), and the strengthening of women’s rights under the Family Law. Some greater social and cultural freedom was accepted, the requirements for women’s dressing were somewhat muted and the sexes could be more easily socialized without being harassed and punished. It was also possible, upon application, to establish NGOs, something both ethnic and religious minorities, human rights defenders and socially engaged Iranians took advantage of.

However, important reform proposals to strengthen the power of the president and the National Assembly at the expense of unelected bodies were rejected by the Guardian Council. After 2000, the domestic political situation was characterized by an increasingly tight power struggle between the reformists and the conservatives, between elected bodies and the non-elected bodies of the priesthood. In the fight to neutralize the reform movement, the conservative forces have harassed and imprisoned a significant number of intellectuals, students, journalists and cultural activists. Several intellectuals have been killed, MPs from the reform movement refused to stand for election or imprisoned and harassed – and hundreds of newspapers, magazines and websites have been closed. From July 1999 there was also growing internal turmoil in the form of student demonstrations in Tehran and other major cities. In addition to protests against the Conservatives’ abuse and repression, protesters increasingly expressed strong frustration over the lack of actual reforms and widespread corruption in Iranian society. The increasing resignation in the people was expressed in earnest during the local elections in February 2003, which received very low support and became a conservative victory.

The February 2004 parliamentary election was a major victory for the Conservatives and a defeat for the reform movement. Voter turnout was about 50 percent nationwide. Preparations for the election were characterized by extensive fighting and power struggles because about 2000 reform-friendly candidates were disqualified by the Guardian Council, and because parts of the reform movement called for a boycott of voters. Following the election, the Conservative majority in Parliament removed what was left of the reform policy from 2000-2004, including the rejection of reform proposals to strengthen women’s legal rights, revocation of the government’s right to enter into contracts with foreign companies and reduction of the costly system of subsidization of state-owned enterprises and important consumer goods.

The election campaign ahead of the June 2005 presidential election was partly characterized by voter apathy and student demonstrations that called for a boycott. A few days before the election, bombs in the cities of Ahwaz, Tehran and Qom also exploded. Tehran’s mayor, ultra-conservative Mahmoud Ahmadinejad, won in the second election by 62 percent of the vote against Iran’s former president Rafsanjani. Ahmadinehjad was the first non-cleric to be elected president in 24 years. As prime minister, he was seen as a faithful supporter of Supreme Leader Ayatollah Ali Khamenei, backed by the dreaded Revolutionary Guard Sepa-e-Pasdaran(shortened to IRGC), Iran’s elite and most effective military force, and from Basiji, a paramilitary volunteer youth organization controlled by the Revolutionary Guard. 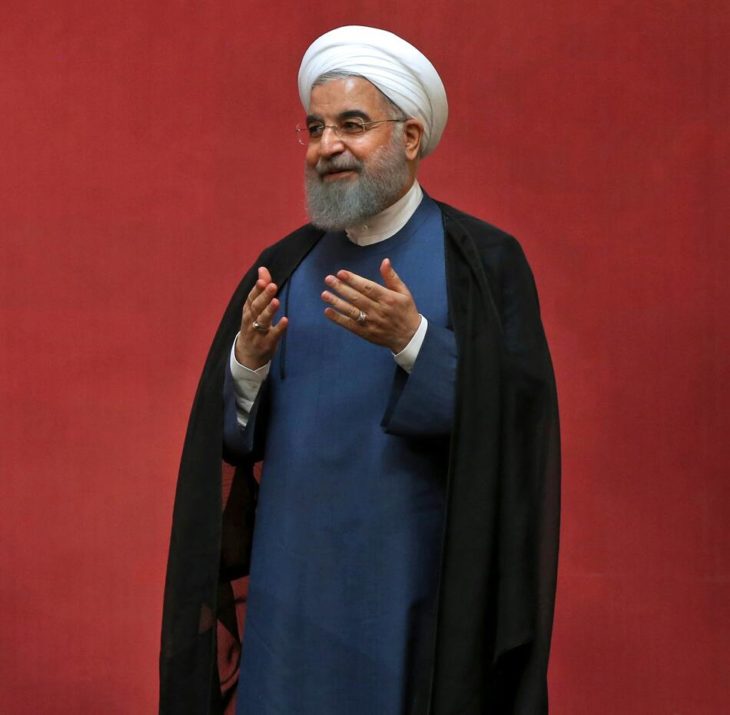 Hassan Rouhani was elected Iranian president in 2013 and re-elected in 2017 for a period until 2021. Rouhani is Islamic cleric, but compared to many other cleric politicians in Iran, he is seen as relatively moderate and reform-friendly.