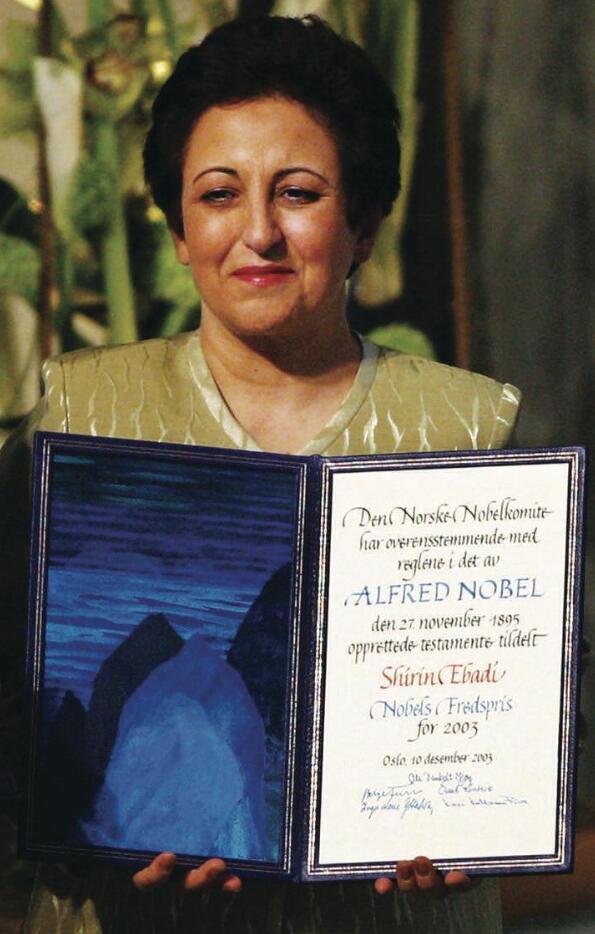 The nuclear agreement and financial sanctions

The United States imposed sanctions on Iran already in connection with the hostage drama at the US embassy during the revolution in 1979. In the decades that followed, new oil and trade sanctions were introduced, both from the United States and other Western countries. The reasons included Iran’s support for Hezbollah in Lebanon and Hamas in Palestine, human rights violations, hostile attitude to the peace process between Israel and the Palestinians, and not least the enrichment of uranium, which allowed Iran to develop nuclear weapons.

The sanctions created financial problems for Iran. For many years, the economy has been the weak point of the regime, characterized by centralist and bureaucratic mismanagement and corruption, as well as both direct and indirect effects of US sanctions policy. With a rapidly growing population, the lack of growth in the economy is a continuing problem that makes it impossible for the prospects many Iranians want in their homeland.

In 2003, it became known that Iran had two nuclear power plants that were not reported to the International Atomic Energy Agency (IAEA). After this, a nuclear crisis between Iran, the United States and European countries erupted. In 2006, the UN Security Council imposed its first sanctions on Iran. The aim was to stop the flow of money to the Iranian nuclear program and to press the country to enter into a diplomatic agreement to stop the development of nuclear weapons. The sanctions had no immediate effect. The IAEA soon suggested that there was evidence that Iran was still operating, and in 2011, the US and the EU imposed a number of new economic sanctions.

In 2013, Hassan Rouhani was elected president of Iran. He was considered moderate and willing to reform. Rouhani worked for an international nuclear agreement with the subsequent stepping down of international sanctions and better economy for Iran and for most people. For Iranians who had experienced poorer living conditions during Ahmadinejad, Rouhani’s message echoed. Many of the same voters also feared that Iran’s reputation in the world had deteriorated during Ahmadinejad.

Shortly after the inauguration as president, Rouhani began a diplomatic push to improve Iran’s relations with Western countries. His conciliatory tone led in September 2013 to a telephone conversation with US President Barack Obama, the first direct conversation between an Iranian and a US leader since the revolution in 1979. A final nuclear deal between Iran and a group of states known as P5 + 1 (US, China, Russia, France, Germany, and the UK ) came into place in July 2015.

The nuclear deal was intended to bring new economic opportunities in Iran and increased interaction with other countries. Many Iranians had high expectations of increased purchasing power, economic growth and smaller differences between poor and rich. Some sanctions were removed, but not all. Eventually it became clear that the changes were not noticeable in most people’s everyday lives. This led to major demonstrations in December 2017. The riots spread throughout Iran and developed into protests against the country’s priesthood and supreme religious leader Ayatollah Khamenei. The demonstrations became a major challenge for the Iranian regime.

In May 2018, US President Donald Trump announced that the United States would withdraw from the nuclear agreement of 2015. The previous US sanctions were reintroduced and several new ones added. Iran and the other partners stuck to the agreement, but many companies from the remaining partner countries withdrew from cooperation with Iran because they could become victims of US sanctions policy.

As a result of this decline, Rouhani’s government took a tougher line, and the country showed its dissatisfaction through military demonstrations, rocket testing and the like. In May 2019, Rouhani announced that Iran would also stop complying with the nuclear deal in several areas, and the government gradually withdrew from its commitments and resumed nuclear activity at a low level. Ultra-conservative opponents of Rouhani’s government supported this reversal.

With the reintroduction of sanctions, the economic situation in Iran was further deteriorated. The economic impact of the 2015 nuclear agreement had not yet become noticeable to ordinary people. Now the trend was reversed: GDP shrunk and inflation increased, ordinary goods became more expensive and unemployment grew. Many public employees were not paid wages, and rising gasoline prices triggered new protests in the fall of 2019. The demonstrations were hit hard, and more than 1,000 civilians were killed by the authorities.

The February 2020 parliamentary elections were marked by frustration at the Rouhani government, charges of corruption and a naïve policy towards the United States. Without an improvement in the economy or a significant improvement in women’s rights, many were disillusioned with Rouhani’s reformist project. Several things created distrust of the country’s elite. At the same time as the country’s leaders proclaimed “death over the United States,” for example, they educated themselves and their children in the United States. When the government lied about the shooting of a Ukrainian plane in January 2020, in which 176 people were killed, it fueled protests and anger in the population.

Ahead of the 2020 elections, many Iranians also expressed dissatisfaction with the electoral system. The candidates for the parliamentary elections were hand-picked by the Guardian Council, and about two-thirds of all the candidates who had registered (around 9500 out of 14,500) were disqualified; most were reformists or moderates. Many voters felt powerless in meeting this, and regime critics encouraged the boycott of choice. The result was the lowest turnout since the revolution in 1979. In Tehran, turnout was 25 percent, while national turnout was 42.6 percent, down from 62 percent in 2016. Low turnout was an expression of dissatisfaction with the government and the economic situation, but at the same time resulted in the Conservatives becoming the big winners of the election, with a majority in Majles. This further weakened the relatively moderate President Hassan Rouhani.

The human rights situation in Iran is serious and is being monitored by the international community. The use of torture and mistreatment of prisoners should be widespread. Iranian criminal law is based on Islamic law and principles that can mean the death penalty for a variety of crimes. The Huddud punishments, physical punishment methods such as whipping, amputations and the death penalty for certain crimes are practiced, in addition to the Islamic principle of qasas and diyats, retaliation or blood money. After dialogue with the EU, Iran introduced two moratoriums; one against stoning in 2002 and one against amputation in 2003, but the country rejected the EU’s demand for moratorium on public executions. Public executions are not uncommon in Iran. It has attracted great international attention that several minors of both sexes have been sentenced to death. 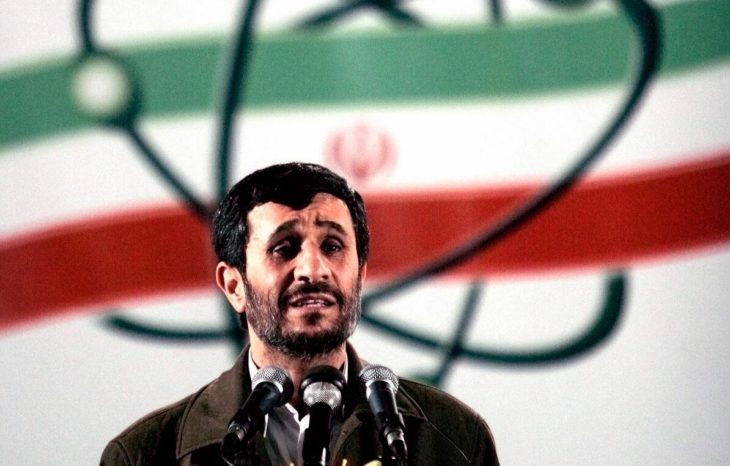 As president, Mahmoud Ahmadinejad was a strong proponent of Iran’s nuclear program, leading to even sharper confrontation with the West, and especially the United States. Here he speaks at the enrichment installation in Natanz outside Tehran in 2007.

Iran is a socially very conservative society. Female Discriminatory Attitudes are widespread, and in family and civil law women are discriminated against in relation to men. Family violence is considered widespread. The UN Special Rapporteur on violence against women has criticized Iran for not ratifying the Convention for the Elimination of All Discrimination against Women. The reform-friendly parliament ratified the convention, but the proposal was not approved by the Guardian Council. Strengthening women’s rights and opportunities in Iranian society was official policy of President Khatami and his government. President Rouhani, too, has received attention for promoting women’s rights in Iran. Among other things, he has appointed several women to important government roles. Critics, however, say that in reality there has been little change during Rouhani.

Iranian women have nevertheless made progress; they participate in working life, are active in politics and cultural life, and at the state universities over half of the students are women. The marital age has been raised somewhat and to some extent they have strengthened their rights in divorce and regarding the right of care for children.

Iranian lawyer Shirin Ebadi was awarded the Nobel Peace Prize in 2003, including for his work on women’s rights in Iran. She has called for the release of political prisoners, the abolition of special courts, the abolition of female discrimination in all forms and the international monitoring of human rights in Iran. In 2004, she represented the family of Iranian-Canadian photojournalist Zahra Kazemi (1948–2003) who, in the summer of 2003, died from the injuries she sustained in Iranian prison. The trial in 2004 developed into a farce and led Canada to withdraw its ambassador. After protracted harassment by Iranian authorities, Ebadi left exile in the United Kingdom in 2009. 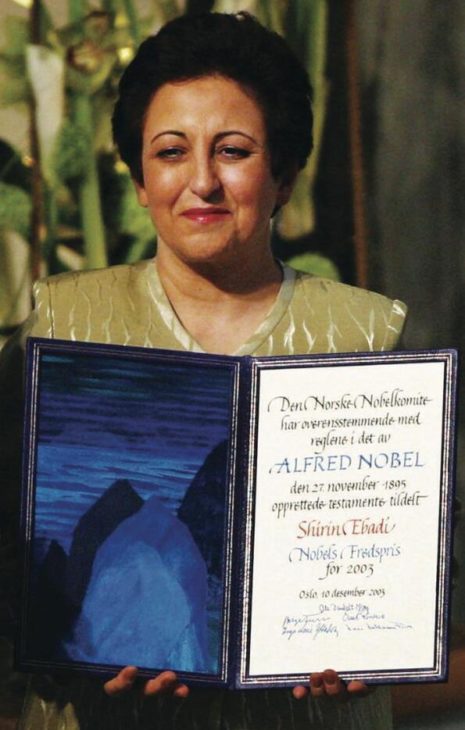 President Rouhani has also advocated expanding access to the Internet, freedom of expression and political freedom. However, media censorship is still widespread, and the use of the Internet is under strict control. Many journalists and opposition activists are still imprisoned, and the number of executions in Iran has increased.