Since the 1979 revolution, Iran has been ruled by the religious leaders Ayatollah Khomeini and Ayatollah Ali Khamenei. These have maintained a strict Shi’ite rule of the country, with human rights violations and conflicts with both neighboring Iraq and the US great power. Iran has occasionally been internationally isolated during this period, but the election of the reform-friendly Hassan Rouhani as president in 2013 and the nuclear agreement with the superpowers in 2015 brought the country back into the heat to some extent, with positive economic development as a result. Then Donald Trump came to power in the US and withdrew from the nuclear agreement, the relationship between the two countries deteriorated again, as did the economic situation in Iran. In the fall of 2019, some of the biggest demonstrations against the regime ever took place. Authorities responded with violence and more than 1,000 civilian protesters were killed.

Following major protests against the monopoly Shah Muhammad Reza Pahlavi in 1978, opposition leader Ayatollah Khomeini returned from exile in France in 1979, deposed the Shah and proclaimed an Islamic republic with religious leadership. A number of officers and officials from the Shah’s time were arrested and many were executed. During 1979, all major industry in Iran was nationalized, and the country broke all major contracts with foreign companies. Iran also refused to pay the foreign debt that the country had incurred during the Shah.

There soon became a conflict between Mehdi Bazargan’s government and Khomeini’s Islamic Revolutionary Council over who had the supreme authority in the country. In October 1979, Khomeini’s power was expanded to include, among other things, the commander-in-chief of Iran’s armed forces and the authority to ban a president-elect. In January 1980, Abolhassan Bani-Sadr was both elected president and appointed leader of the Revolutionary Council. Later that year, Muhammad Ali Rajai took over as prime minister.

Iran after the revolution

Relations with the United States became very tense after Iranian students in November 1979 occupied the US Embassy in Tehran and took about 50 hostages. Iran demanded that the United States extradite the deposed Shah, who had been sentenced to death in absentia. The US responded by blocking all Iranian claims in the US and stopping the oil imports from Iran. The Americans made several diplomatic and one military push to free the hostages, but without success. In July 1980, the former cairo died in Cairo. This did not lead to any change in the hostage situation, which was only released in January 1981 (after the case was, among other things, a significant reason for President Carter’selectoral defeat in the United States in 1980). Iran and the United States have not had diplomatic relations since 1981, but US weapons have nevertheless been exported to Iran through Israeli intermediaries. 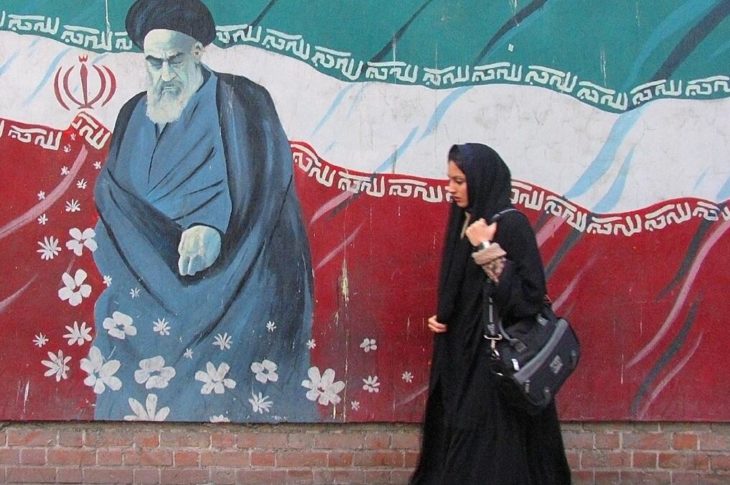 In Iran, women are required to cover their hair when they are out in public, but many challenge this ban. Here, a woman in traditional chador walks past a mural by Ayatollah Khomeini outside the US former embassy in Tehran.

Iran has had a strained relationship with neighboring Iraq for many years, but this improved towards the end of the Shah period. In 1980, however, meetings began on the border, and the same autumn the conflict developed into full war. The Gulf War had, among other things, caused internal problems in Iran with the Arab minority in the province of Khuzestan. Religious unification in Iran has also gone far beyond other minorities, including supporters of the Baha’i religion and the Kurds, which have hinted at armed insurgency that has been severely beaten by the Iranian army.

The clashes between President Bani-Sadr and more extremist groups within the Islamic Republican Party (IRP) soon erupted into open dispute. In June 1981, the president was deposed. He fled to Paris and set up an exile government with the support of the Mujahedin movement and the “Kurdish Democratic Party”. Khomeini’s leadership was greatly weakened in 1981. At a bomb blast on June 28, 74 prominent politicians were killed. In a new explosion on August 29 of that year, the new president, Muhammad Ali Rajai, and Prime Minister Mohammad Javad Bahonar perished along with some other members of the government. Finally, almost the entire military leadership was killed in a plane crash in September. In October 1981, the Secretary General of the IRP,Ali Khamenei, elected president, and former Foreign Minister Mir Hussein Moussavi as prime minister.

The revolutionary terror peaked in 1981-1982. Authorities resorted to executions to purge people’s moral unotes, often with death sentences for drug use, rape or homosexuality. In addition, international reactions created that the regime largely used children as soldiers and cannon fodder in the war against Iraq. In 1982, the regime also attacked prominent “internal enemies” when, among other things, former Foreign Minister Sadeq Qotbzadeh was executed.

The war against Iraq continued, and the conflict gradually expanded to include attacks on neutral vessels in the Gulf of Persia. This led to a fierce conflict between Iran and the United States, which peaked when a US cruiser shot down a civilian Iranian passenger plane in 1988. At the same time, a hectic diplomatic activity was set to end the war, and a ceasefire was entered into August 1988, with subsequent peace talks in Geneva. No peace treaty was signed until 1990, but the ceasefire was monitored by the UN force UNIIMOG. The war led to enormous human and material destruction, not least after Iraq used chemical weaponsagainst Iran in 1986. In addition, the war destroyed Iran’s economy by halting oil exports and foreign debt increasing dramatically.

In addition to the Gulf War, Iran pursued an aggressive foreign policy towards other Western countries, especially France. Relations with Britain became particularly bad in the context of Khomeini’s “death sentence” over author Salman Rushdie in 1989. At the same time, the Iranian regime was keen to spread the Islamic revolution to other countries, and Shiite groups were active during the civil war in Lebanon, among others.. In 1987, Ayatollah Khomeini presented his political will, depicting a shared leadership in a future Islamic republic. This led to a beginning power struggle between the younger Iranian leaders. When Khomeini died in the summer of 1989, however, the change of power went surprisingly painless. President Ayatollah Khamenei was appointed new religious leader, Faqih, while Ali Akbar Rafsanjani became new president. He pursued a more pragmatic foreign policy and tried to negotiate with the Soviet Union / Russia and the countries of the West. In the conflict between Iraq and Kuwait and the subsequent Second Gulf War from 1990 to 1991, Iran declared itself neutral, which also led to increased international contact. 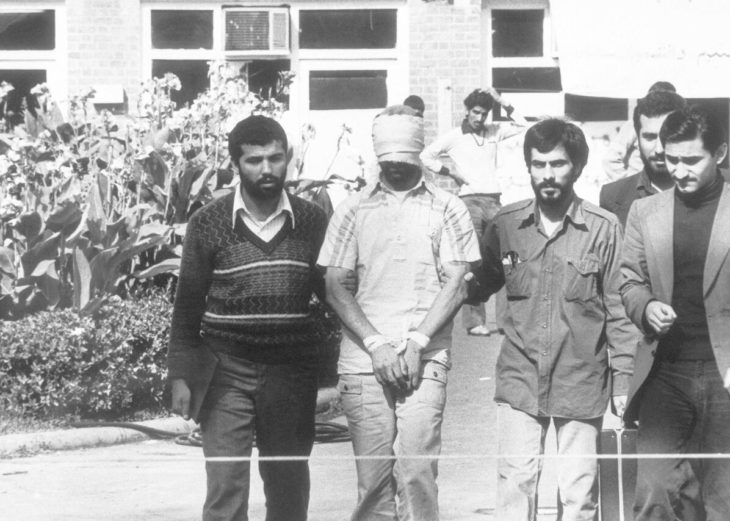 Relations with the United States became very tense after Iranian students occupied the US Embassy in Tehran in November 1979 and took about 50 hostages. They were held captive for 444 days.