Iran’s political system is based on the principle that the state is governed by Islamic scribes. The head of state, Wali Faqih (the supreme leader), is elected by a separate council, Majlis-e Khobregan (Expert Council), which consists of 86 clergy.

The Constitution gives the leader very wide powers in all areas of society: he controls key institutions such as the judiciary, the police, the army and the media. He can reject all decisions made by the president and parliament and has the decisive say when it comes to shaping domestic and foreign policy.

The supreme executive power is added to a president, elected in the general election for four years. The president can be re-elected once. After a change in the constitution in 1989, the president is also the head of government. 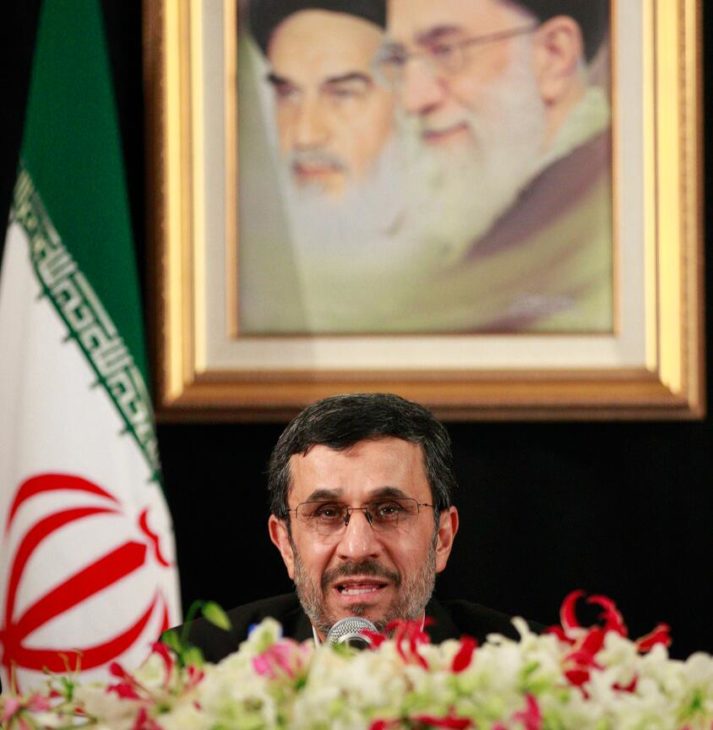 When Mahmoud Ahmadinejad was elected Iran’s President in 2005, he was the first non-cleric to become the country’s head of government in 24 years. But in Iran, it is the supreme leader who has real power, and after the 1979 revolution, ayatollah Khomeini and ayatollah Ali Khamenei (pictured below) had this role.

Legislative power has been added to the Majlis-e-Shura e Islami Parliament (the Islamic Consultative Assembly) with 290 members elected in the general elections for four years. Christian Iranians have two representatives, Jews and Zoroastrians each have one. The voting age is 16 years.

The Shura-e-Nigahban Guardian Council consists of 12 members; six clergy appointed by the supreme leader and six lawyers appointed by parliament at the suggestion of the head of the supreme court. The Guardian’s task is to ensure that all decisions in parliament are in accordance with Islam and the Constitution. No candidate can stand for election without first being approved by the Guardian Council, which also monitors the election itself. 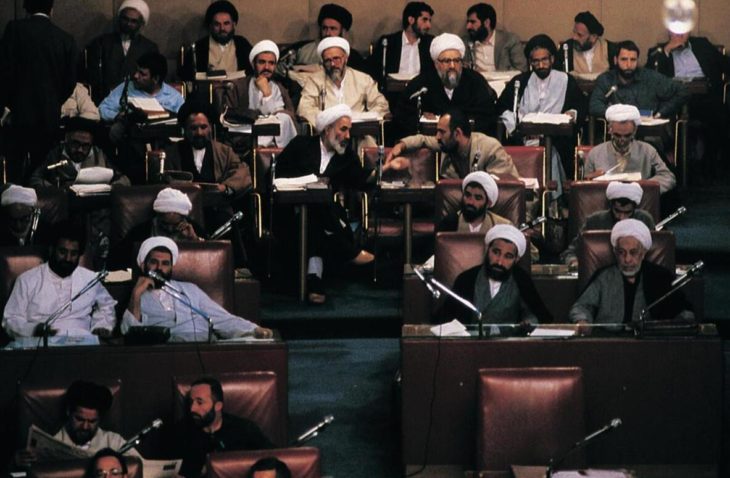 After the abolition of the monarchy at the fall of the Shah, Iran became an Islamic republic. The picture is from Parliament Majlis, the country’s legislative assembly.

There is also a separate brokerage council, Shura-e Tashkhis-e Maslahat-e Nizam, with 13 members whose task is to mediate in conflicts between parliament and the guardian council.

Iran has traditions for local self-government, but the Shah increasingly centralized the government. This policy has been followed up after the Islamic revolution, although it has been somewhat subdued after Khomeini’s death. The country is divided into 30 provinces (eastes), led by general governors, and 324 counties (sha’restans) led by governors. 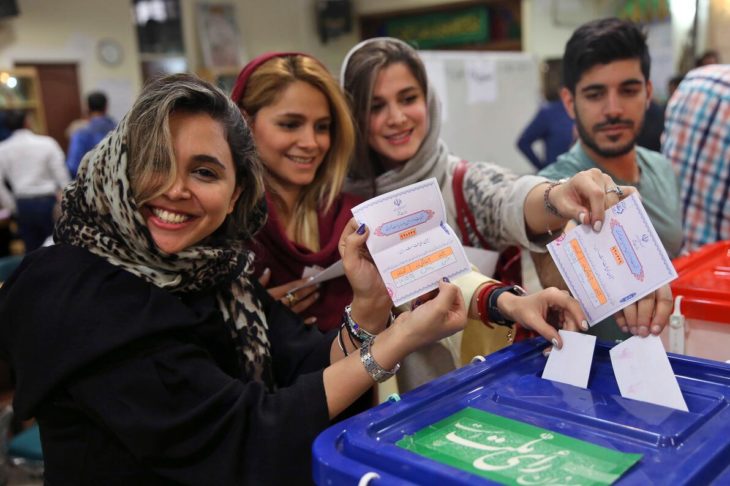 Iranian criminal law is based on Islamic law and principles that can mean the death penalty for a variety of crimes. The skin-punishment, physical punishment methods such as whipping, amputations, and the death penalty for certain crimes are practiced, in addition to the Islamic principle of qasas and diyats, retaliation or blood money. This means, for example, that a killer can buy himself free by agreement with the victim’s family, or possibly the victim’s family may demand the death penalty. The Supreme Court is the Supreme Court.

Public executions are not uncommon in Iran. The use of capital punishment also includes minors of both sexes. In 2005, Iranian authorities put forward legislative proposals that would prohibit the death penalty and physical punishment as whipping for persons under the age of 18. Pending any change, the judiciary continues to sentence minors to death.

Iran has two types of courts, ordinary public courts and revolutionary courts. The courts have different jurisdictions. Under ordinary courts there are everyday crimes, family law and civil law. Under the Revolutionary Court there are crimes against state security, espionage, terrorism, insult to the Islamic Republic and the Supreme Leader, serious financial crimes, serious drug crimes and serious cases of corruption. In addition, Iran has several special and military courts.

The Revolutionary Guard was founded in 1979 to defend the Islamic Revolution against internal and external threats. In 1953, the army had proved bribery in the coup against the elected Mussadiq.

Garden (Pasdaran in Persian) consists of army, navy and air force totaling approx. 150,000 people. It handles ballistic missile weapons and irregular operations via its own elite force (Quds) and partners in other countries, including Hezbollah in Lebanon. From 2007, the volunteer paramilitary force Basij has also been under the leadership of the Revolutionary Guard. Basij is used to crack down on protesters and cue opposition elements.

The Revolutionary Garden is also a significant economic player with interests in the defense industry, building and civil engineering, laboratories at universities and the oil and gas industry. People with a background in Garden also have positions in the political system. It was particularly widespread during Ahmadinejad’s first term as president, when over half of the government members had such a background. Economic, political and military issues are therefore interwoven in a way that makes Iran particularly vulnerable to corruption. In his accession speech in 2013, Rouhani drew attention to this problem and advocated a clearer distinction between economics and politics.

The degree of revolution reports to the Supreme Leader.

The Iranian political system has many centers of power competing for influence. Among the most important are the Supreme Leader, the President, the Parliament, the Guardian Council and the Revolutionary Guard. The top leader is at the top of both the name and the favor.

The rivalry between the rulers has swung back and forth, much as a result of the presidential elections, which are the system’s most important democratic valve. Pragmatic Rafsanjani was followed by reform-oriented Khatami, and then by populist and, in many respects, conservative Ahmadinejad. All of these presidents sat for two terms (a 4 years). Rouhani is characterized as moderately conservative, but also got the votes of the reform-oriented.

One downside of the system is that during periods of strong rivalry, there is little decision-making. This was the case in 2009 when there were large demonstrations in connection with the presidential election. That same fall, as a result of confidence-building measures in the battle for the Iranian nuclear program, the system failed to make decisions as quickly as the United States and others demanded. One upside of that is that it is “durable” under pressure. A change of system must do something not just with one power center and a leader, but with many.

There is a general impression that many in Iran are dissatisfied with the country’s government and want reform, but without wishing for a new revolution. Iranians have bad experiences with revolutionary upheavals. At the same time, there are so many competing and corrective elements in the system that it is difficult to work out your own problems.