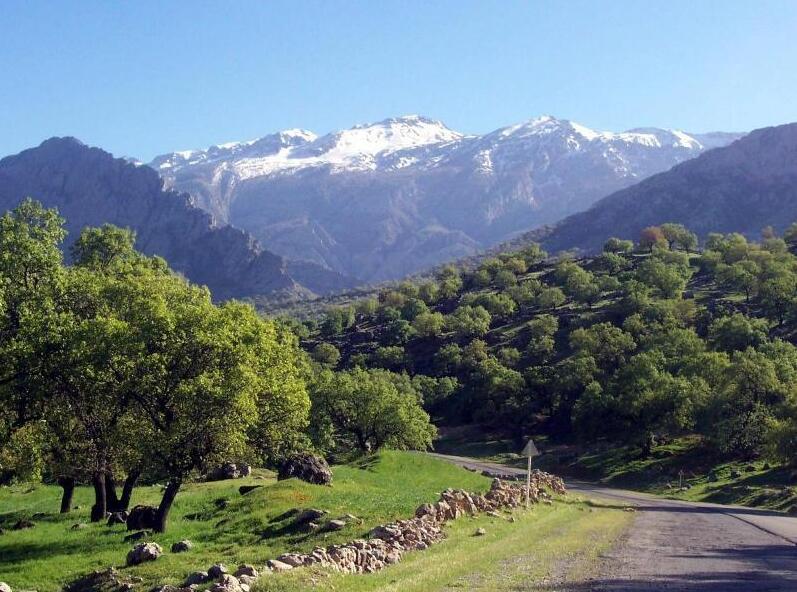 The oldest testimonies of people in Iran are about 100,000 years old, and are from the Zagros Mountains in western Iran. The mountains form a natural border with Iraq.

In the Zagros Mountains, the oldest agriculture has developed. Here the conditions were created for the cultures that later developed in the lowlands. The area that constitutes modern Iran has been inhabited by various regional cultural groups. 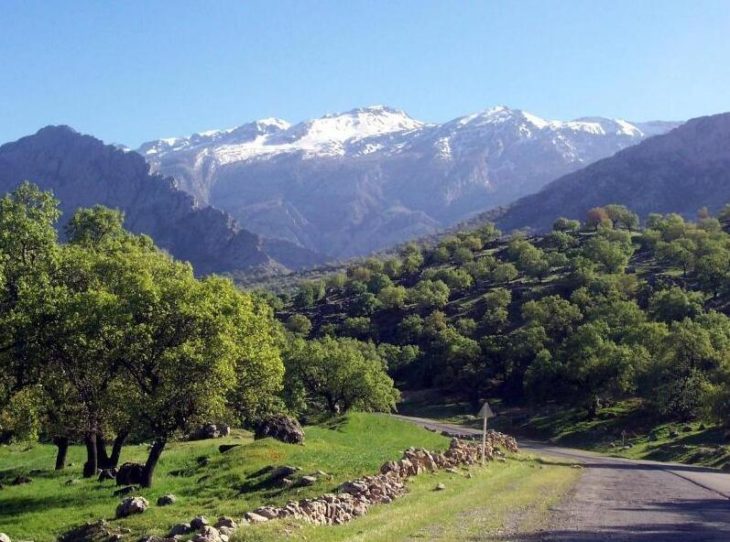 Traces of early seasonal settlements from 8000–7000 BCE have been found in the central mountain areas. The oldest pottery known from the Middle East is found here.

In northern Iran near Lake Orumiyah, burial mounds (tell) have been excavated which have been located on the main east-west trade route. Hajji Firuz Tepe and Yanik Tepe represent a culture that began in the 5000s BCE. Farming based on irrigation and domestic livestock farming has been the economic nurturing route here. The houses were rectangular and built of brick.

Farther east by the Caspian Sea, agricultural villages emerge around 5500 BCE. They have been named Jeitun culture. Here too, irrigation farming has been a basic industry, supplemented by some hunting. Later, the villages were built more elaborately with god houses which have sometimes been decorated with murals. Fortified villages have been found from the time after 4500, and metal use is becoming more common.

In Luristan, western Iran, burial mounds are also excavated. Tepe Sialk just south of Tehran has been living from around 5500-5000 BCE. There are found stone implements and weapons, painted ceramics and some metal objects. The dead have been buried under the house floor.

In southern Iran, an American expedition in 1977 excavated a village mound, Tepe Yahya, which has been located on an important trade route between Mesopotamia and the Indus Valley. Here it is found from clay tablets with early Elamite inscriptions that can be from the 3000s BCE.

From the 3000s, there has been an important metal industry in this area. In particular, the bronze industry dates from 1100–700 BCE. famous. Animal shapes and demons have been characteristic motifs in metal art.

Archaeological findings show that major social upheavals took place in eastern Iran around 2400 BCE. The previously painted ceramics are replaced by gray or gray-black ceramics, and at the same time new weapon types emerge. About. 1500-1000 Western Iran also seems to come under the influence of this culture. However, it is unclear whether this development should be related to the Iranian ( Aryans ) immigration from Central Asia. With the exception of the Elamites, we know little about the history of Iran from the 2000s and the 1000s BCE.