Iraq is located in the Middle East in southwest Asia. The country borders Saudi Arabia, Kuwait, Turkey, Syria, Jordan and Iran. The fertile land between the Euphrates and Tigris rivers was the birthplace of Mesopotamian culture, shaped by peoples such as the Sumerians, Babylonians and Assyrians. 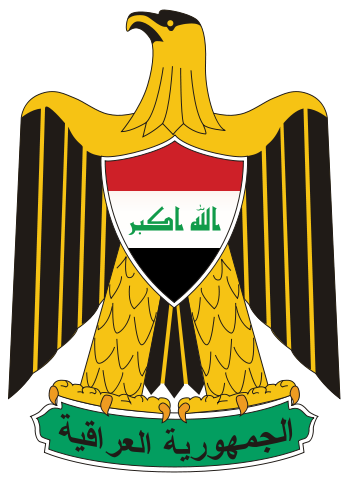 It was at the end of the so-called Uruk period (around 3200 BC) that Mesopotamia, through the development of cuneiform, entered the historical era. From this time, the historical development can be followed through written sources. During most of the 2000s BC. the Sumerians dominated the country linguistically, politically and culturally, but then the Babylonians and Assyrians came to control the development of Mesopotamia. Year 539 BC Mesopotamia became a province of Persia, then part of the short-lived Alexandrian empire. Year 312 BC the area came under the Seleucid Empire. After a period during which Rome and Parthia dominated Mesopotamia, the Arabs took in 656 AD. possession of the land, and in 762 the caliphate moved to the new city of Baghdad (near ancient Babylon). This city remained,

Until 1918, present-day Iraq was formally part of the Ottoman Empire and consisted of the three Ottoman cities (provinces) of Baghdad, Basra, and Mosul. As the Ottoman Empire participated in the First World War on the part of the central powers, it came during the war to be gradually occupied by the British. At the Paris Peace Conference in 1919, it was decided that Iraq would become a British mandate in accordance with Article 22 of the Charter of the League of Nations. This decision was then adopted at the San Remo Conference in 1920. The name Iraq came from Iraq Arabi or Iraq el-Arabi (“Arab Iraq”), which was the name of the Ottoman landscape that included the Basra rest area and the southern part of the Baghdad rest area.

The state of Iraq was established as a monarchy under British rule, and in 1932 the country became independent, albeit as a British obedient state. In 1958, the monarchy was overthrown and replaced by a republic, which also led to the assassination of King Faisal II at the same time as the country tore itself free from British ties.

The Ba’ath party gained control of the country in 1968 and launched a pro-Soviet policy, directed at Israel and the Western powers. Saddam Hussein’s takeover in 1979 was supported by the United States, and after that a dictatorship developed that abused all opposition, not least the Kurdish peshmerga militia. In 1980, Iraq attacked neighboring Iran, leading to the bloody Iran-Iraq war until 1988, when Iraq also used war gas against Iranian soldiers and civilians.

After the war, Iraq was heavily in debt and Saddam Hussein ordered the occupation of the rich neighbor Kuwait in 1990, which triggered the Kuwait War. The motives for the war were partly a conflict over an oil source and partly that Kuwait had been cut off from Iraq after the colonial era. Subsequently, Iraq was isolated and subjected to severe international sanctions until the spring of 2003, when the United States and Britain, in violation of applicable international law and UN decisions, invaded Iraq militarily. On December 13, 2003, Saddam Hussein was arrested.

After holding government power in the country since April 21, 2003 (with the Iraqi Governing Council as adviser from July 13), the US Alliance handed over formal power to an Iraqi interim government (appointed by the US Civil Administration) on June 28, 2004; the latter could not, however, make long-term decisions, as it would only sit until the election, which was scheduled to be held on 2 January 2005 but instead held on 30 January 2005. Nor did it have the command of the remaining 1,000 foreign soldiers in accordance with a UN resolution. Elections under occupation are also contrary to current international law.

The UN stated in February 2008 that four million people in Iraq need help to get food. 40 percent of Iraq’s 27 million people lack access to clean water. In December 2007, UNOCHA (UN Office for the Coordination of Humanitarian Affairs) reported that one in four Iraqi children under the age of five is chronically malnourished.

Several of UNESCO’s World Heritage Sites are located in Iraq, including the ancient city of Babylon (Babil), the city of Ur, the fortified city of Hatra, and the ancient capital of Assyria, Qal’at Sherqat (Ashur). These were included in the list of endangered memorials in 2003 in connection with the US invasion.

The following objects in Iraq are on the UNESCO World Heritage List.
The year in which the item was added to the list is indicated in parentheses.

Electricity and electrical outlets in Iraq

Arbil is a city in northern Iraq, about 80 kilometers east of Mosul. The city is the capital of the province of Arbil and is also considered the capital of Iraqi Kurdistan.

Arbil has been inhabited since around 2200 BC, and is considered one of the world’s oldest still inhabited cities. Near Arbil is Ankawa. There are no recent official data on the city’s population, but the district belonging to the city had an estimated population of 993,991 residents in early 2003. The

KRG (Kurdistan Regional Government) is investing heavily in developing the region. The large oil resources together with the world’s second largest natural gas deposit facilitate the construction of the region. However, Kurdistan may retain only a small proportion of these deposits, but the quota is planned to be increased.

According to Countryaah, Baghdad is the capital of Iraq. The city has about 6 million residents and is located in central Iraq on the river Tigris. Baghdad is one of the largest cities in the Middle East, after Cairo, Tehran and Istanbul. It is Iraq’s economic hub with a large part of the country’s business community – mainly the oil industry, but also a significant production of carpets, leather, textiles and cement, among other things.

Baghdad is also a cultural and intellectual center with three universities and several museums. Baghdad has always played an important role in Arab cultural life and many writers, musicians and visual artists come from here.

Baghdad was heavily bombed in March and April 2003, when the Iraq war began. On April 79, American troops captured the city. Extensive looting took place in the wake of the war. The transitional government established the so-called green zone, a ten-square-kilometer area in central Baghdad. The zone includes the old government quarter and several of Saddam Hussein’s palaces, as well as many of the larger hotels. It is fenced and carefully guarded. It has become very dangerous to move as a tourist or resident in Baghdad due to the frequent bombings, shootings and kidnappings. Ever since 2003, there have been bombings almost daily. The post-war unrest has severely damaged buildings and infrastructure.

Basra is a city in southeastern Iraq and is located on the Shatt al-Arab River, near the border with Iran. It is Iraq’s main port city and is the administrative capital of the province of Basra. There is no recent official data on the city’s population, but the district belonging to the city had just over 1 million residents at the beginning of 2003.

Fallujah is an Iraqi city in the province of al-Anbar. It is located on the Euphrates River, 69 kilometers west of Baghdad. The city is known as the city of mosques in Iraq, as there are over 200 mosques there. There are no recent official data on how many residents the city has. At the beginning of 2003, districts such as the city had 425,744 residents. After the unrest in recent years, the city is today estimated to have about 80,000 residents.

The city is known for its unruly population which has a strong clan tradition and an influential clergy. The city was already a hotbed of unrest under Saddam Hussein’s rule and became a symbol of the resistance movement in the country after the US invasion of Iraq.

Karbala is a city in Iraq south of the capital Baghdad on the border with the Syrian desert. It is the provincial capital of the province of Karbala. There is no recent official data on the city’s population, but the district belonging to the city had 541,758 residents at the beginning of 2003.

Shia Muslims often visit Karbala on their way to the pilgrimage to Mecca. In 680, Imam Husayn ibn Ali suffered martyrdom in the city and his tomb is today adorned with a dome and three minarets. The tomb was destroyed in 1801 by Wahhabis but was quickly rebuilt with funding and support from Persian and other Shia Muslims.

Kirkuk is a city in northern Iraq, and is the administrative capital of the province of Kirkuk. There is no recent official data on the city’s population, but the district belonging to the city had an estimated population of 622,249 at the beginning of 2003.

Kirkuk is located in the middle of an important oil field that holds about 10 billion barrels of oil. Thus, the city is the most important in the oil industry in northern Iraq. Two parallel oil pipelines, built in 1977 and 1987, connect the oil industry in the city with Turkey. During the 1990s, 50 percent of Iraq’s oil exports passed through Kirkuk and were one of the country’s most important sources of income in the UN’s oil against food program.

Kirkuk has a composite population, with Christian Assyrians, Kurds, Turkmens, Arabs (both Shiite and Sunni). During the Ba’athist regime, many of the city’s Kurdish residents were forcibly relocated to make way for Arabs. This was called the “Arabization of Kirkuk”. Today, many Kurds have returned to their homes.

Mosul is a city in northern Iraq, located on the Tigris River, about 400 kilometers northwest of Baghdad. It is the administrative capital of the province of Ninawa and is the country’s second largest city. There is no recent official data on the city’s population, but the district belonging to the city had just over 1.4 million residents at the beginning of 2003.

The ruins of the historic city of Nineveh are located within the city district of Mosul.

Najaf is a city in central Iraq, about 160 km from Baghdad. It is the administrative capital of the province of Najaf and had 309,010 residents at the 1987 census. There is no recent official data on the city’s population, but the district belonging to the city had 521,993 residents at the beginning of 2003. However, this area covers large parts uninhabited desert areas, all the way down to the border with Saudi Arabia. The city of Kufa is located just northeast of Najaf, and the cities are practically fused together.

Najaf is a holy city for Shia Muslims because the tomb of Caliph Ali ibn Abu Talib is located in the city, along with a very large number of other tombs. However, other sources claim that he is buried in Mazar-e Sharif.

The city was formerly the seat of Shiite opposition to Sunni rulers in Baghdad.