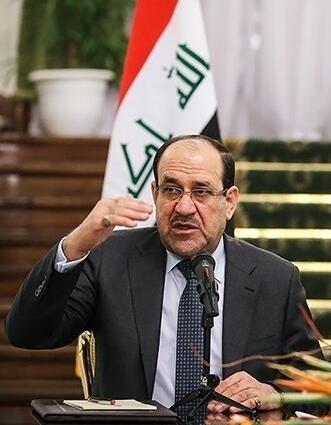 As the Iraqi government developed its own security apparatus, the United States gradually withdrew its forces. The coalition forces gathered for the campaign against the Baath regime also gradually thinned out as more countries withdrew their forces. Operation Iraqi Freedom was formally completed in February 2010, when only US forces remained. The operation was then named Operation New Dawn (OND).

The armed resistance meant that, as several critics of the war had warned in advance, the United States had long had to face major military forces in Iraq. In February 2009, President Barack Obama announced an 18-month withdrawal plan, and the last US combat forces left under this Iraq in August 2010. Obama then declared the United States combat operation in Iraq to be over. About. 50,000 soldiers were left to continue assisting the Iraqi defense, including education and training. The last US forces left Iraq on December 18, 2011. At most, during the escalation in 2007, there were approx. 170,000 US soldiers in Iraq.

Hundreds of thousands of civilians were killed in the Iraq war and a very large number of people were injured. It is difficult to determine an exact number. Many were killed by the coalition’s bomb attack or as a result of combat operations, but many also died due to infrastructure and health care breakdowns. The United States lost around 4,500 soldiers during the Iraq war.

In the re-election of 2010, the al-Iraqiya group, led by Ayad Allawi, gained a majority of 24.7 percent of the vote, but the coalition led by Prime Minister Nouri al-Maliki retained power. He was first elected prime minister by the National Assembly in 2006, and was re-elected in 2010. Political developments under Maliki’s government led to discontent in the core areas of Sunnis, central and northern Iraq, and growing support for militant (Sunni) groups, such as resort to violence against the authorities.

There has also been non-violent opposition to both the occupation and the Iraqi government. In 2011, there were demonstrations in several places in the country, aimed at social and economic conditions, as in several other Arab countries during the Arab Spring. Many believe that the authorities’ violent response to these demonstrations helped strengthen extreme groups such as IS.

In 2010, an independent investigation into the Dutch participation in the war concluded that the invasion of Iraq in 2003 was a violation of international law. In 2016, a comprehensive investigation into Britain’s participation in the war, the so-called Chilcom report, was presented. One of the conclusions there was that the decision to go to war was based in part on erroneous information: that Iraq was in possession of weapons of mass destruction. Another part of the criticism was that alternatives to war were not fully tested, and that the Security Council’s authority was undermined when a military action was implemented without diplomatic or international law.

After the election in 2010 and the US withdrawal in 2011 was the political violence in Iraq again gradually stepped up, and characterized the situation prior to the elections in 2014. The list behind al-Maliki – law-abiding Coalition ( I’tilāf Dawlat al-Qānūn) – received the most votes in the parliamentary elections in April 2014, with 24.1 percent of the vote. Thus, the Shia al-Maliki retained power in a situation where more and more of the country’s Sunnis were feeling neglected – as the Shia experienced it to be under the Sunni-dominated Baath regime.

There was growing criticism of what was perceived as a centralization of power by an inner, Shiite-dominated circle of Prime Minister Maliki. The criticism was particularly great among the Sunni population, but also in other groups. In August 2014, he was pressured to resign as prime minister by President Fuad Masum, who appointed Haider al-Abadi as successor. At the same time, Abadi was formally appointed prime minister by the National Assembly. Maliki continued in a ceremonial position as Vice President.

The strong discontent in large parts of the population, along with the withdrawal of US forces, led to increasing political violence in 2013 and 2014. Attacks and bombs targeting civilians occurred both in Baghdad and elsewhere in the country. The attacks were led by the al-Qaeda jihadist group in Iraq, which eventually broke with al-Qaeda and developed into the Islamic State of Iraq and the Levant (also known as the Islamic State of Iraq and al-Sham, ISIS; then only the Islamic State state, IS). The group advocates a strict interpretation of Islam and bulls to extreme violence in its struggle to create a new caliphate in the Middle East’s core area. This caliphate was proclaimed in Mosul in June 2014, led by Abu Bakr al-Baghdadi, but rejected by leading parts of the Muslim world.

In addition to the internal political situation in Iraq, the civil war in Syria has had a negative impact on the security situation in Iraq. IS established a foothold with base areas in Syria. From there it moved into Iraq and took control of large areas with several major cities. Within a month, the group controlled one-third of Iraq.