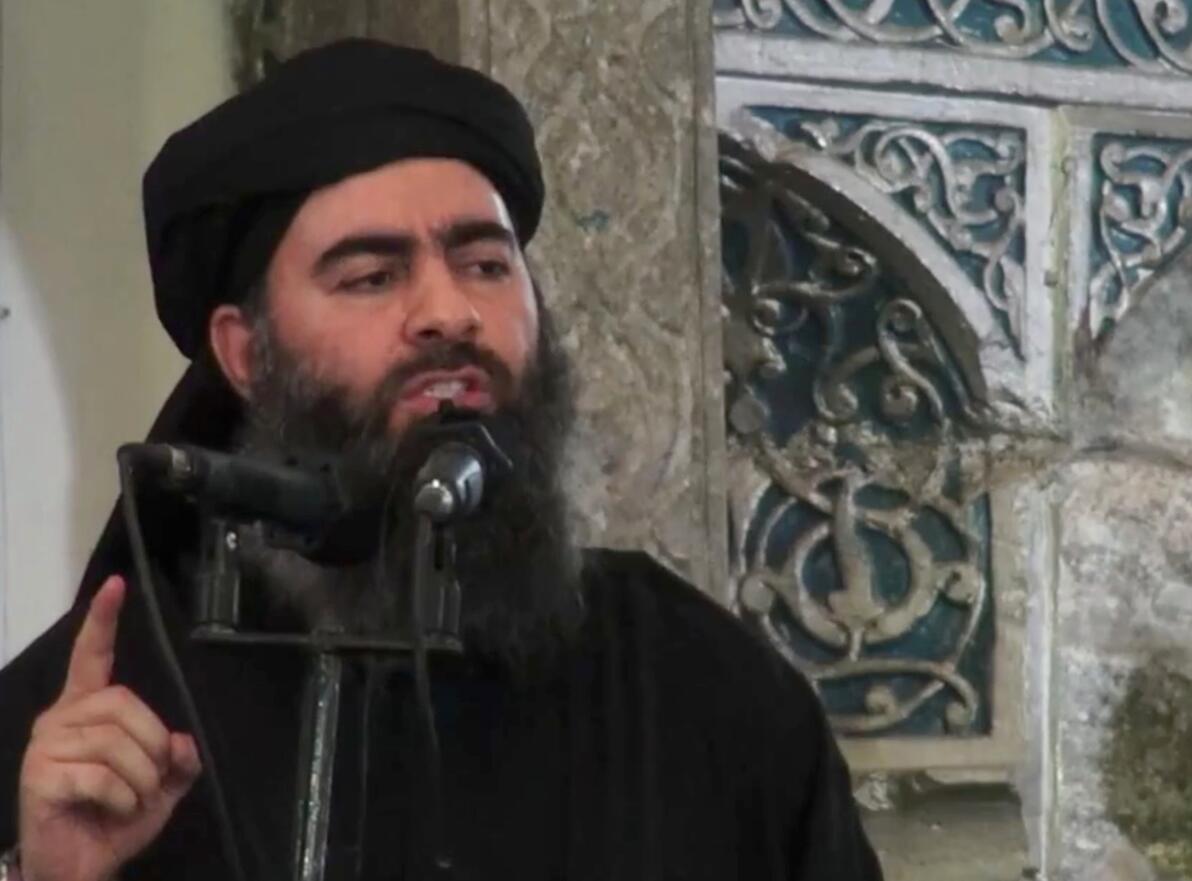 In early 2014, IS troops captured Fallujah and Ramadi west of Iraq, taking control of parts of northern Iraq with the country’s second largest city of Mosul, then Tikrit. They also attacked the country’s largest oil refinery in Baiji. At the same time, Kurdish forces took control of Kirkuk to prevent the jihadists from taking the city, which is strategically important for the Kurdish autonomous territories and oil reserves in this part of Iraq. 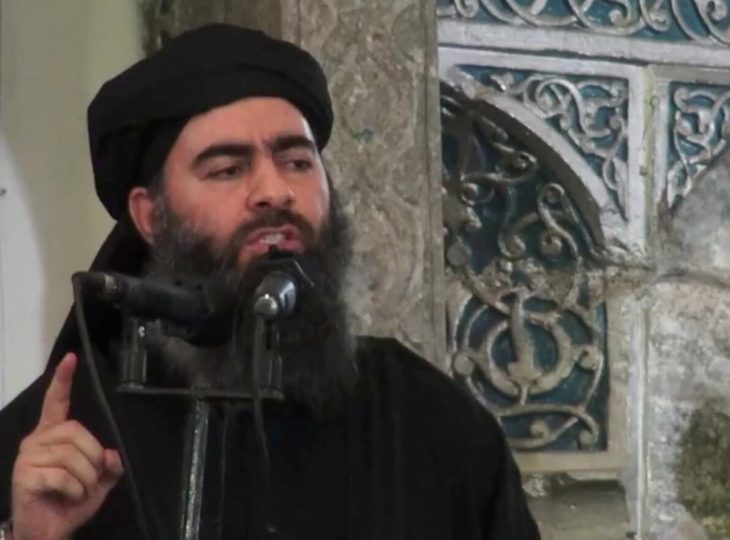 Photo from a video posted on a militant website on Saturday, July 5, 2014, to show the leader of the Islamic State of Abu Bakr al-Baghdadi holding a sermon at a mosque in Iraq.

The development of June 2014 led to the political-military conflict in Iraq being called civil war. That’s because several Iraqi militia groups supported IS, which faced little resistance from Iraqi government forces as it advanced into northern Iraq. This situation, aggravated by violence with terrorist attacks also in the capital Baghdad, was considered a threat to Iraq as a state and was further aggravated by the situation in the region. Several Sunni militia groups, as well as former members of the deposed Baath regime, joined the IS-led uprising aimed at the Shiite-dominated Iraqi government led by Prime Minister Nouri al-Maliki.

Jihadists from several countries, including from Norway – so-called foreign warriors – also joined ISIL. The development weakened the Baghdad government while strengthening the regional authorities in the autonomous Kurdish area.

The war against IS

IS initially faced little opposition from the government forces. Iraqi forces eventually succeeded in stopping the group’s advance towards Baghdad and southern Iraq, and Kurdish forces halted the advance against Erbil and Kurdish northern Iraq. In the areas IS eventually controlled in Iraq and Syria, the group deployed its own government of the population, with its own laws, courts, police forces and institutions. Over half a million civilians fled to other areas. IS carried out mass executions of Iraqi soldiers and controlled the population with an extreme and very violent interpretation of Islamic law.

This existential threat to Iraq led the Iraqi government to request military assistance from the United States, which decided to send a smaller number of military personnel to the country, initially to protect US interests. Iraq also requested US bombing of IS. Eventually, President Barack Obama decided to attack the advancing IS forces, as a humanitarian intervention in a situation at risk of genocide by Yezidis in northern Iraq. The bombing started on August 8, 2014 and was followed by a flight release with emergency assistance, but not American ground forces. Several military advisers were then sent to Iraqi Kurdistan.

France decided to assist Kurdish forces with weapons aid. Denmark and Norway were among the countries that provided air transport. On 15 August, the Norwegian government decided to offer a military transport aircraft for an international humanitarian effort, but not to contribute to a military rescue. At the NATO Summit in Wales in September, President Obama asked several countries to join an international coalition to fight IS. He then announced an increase in military support for Iraq as part of the fight against IS, which now threatened security throughout the Middle East and also the West through a series of terrorist attacks in European cities.

In 2014, Shiite religious leader Ayatollah Sistani urged existing Shiite militias to mobilize in the fight against IS. In addition, the Shiite-dominated Iraqi leadership has established a close relationship with Iran, and Iran-backed militias in Syria were also mobilized in Iraq. A number of different tribal militias also took shape. Kurdish forces in the north played a crucial role in the military fight against IS. Thus, there were many conflicting interests within the coalition against IS. However, US air strikes against IS targets were crucial to the outcome.

In mid-2016, IS had been driven out of the areas the group had occupied in 2014, and the battle to recapture the million city of Mosul started. The battle went out in time, partly because of IS’s strategy of attacking with the help of suicide bombers. In many cases, the city’s civilian population was kept as a living shield by IS. Bomb attacks were combined with a ground offensive by Iraqi forces, leading to the loss of thousands of civilian lives and very large material damage. On July 10, 2017, the city was declared liberated from IS, and the group no longer had significant territorial control in Iraq.

At the 2018 elections, none of the blocs received a majority. The biggest was the Saairun alliance, which the political and religious Shia leader Muqtada al-Sadr backed. The big popular demonstrations against corruption, sectarian rule and misconduct that broke out in 2019 have exposed how low confidence is in the political system, especially among younger generations. Iraq is one of the world’s most corrupt countries. Many Iraqis are of the opinion of politicians seeking support based on sectarian affiliation, and then enriching themselves and their clients.

Today, Iraq is probably more divisive than ever before. Large areas that were destroyed in the fight against IS have not yet been rebuilt, and hundreds of thousands of people are still displaced in their own country. The Kurds want their own state, not only in Northern Iraq, but throughout the Kurdish-inhabited area of ​​the Middle East. Since 2003, the Kurds have consolidated their isolation from the rest of Iraq, although they depend on financial transfers from the Baghdad government. Shi’ites and Sunnis are divided according to faith, but the distinction is traditionally not strong when it comes to politics; then they are both primarily Iraqis and Arabs, and an Iraqi nationalism has survived the period of invasion, occupation and civil war.. Iraq is also important in the Iran-US superpower, which became even clearer when the United States killed Iranian general Qasem al-Solimani on Iraqi soil in January 2020, and Iraq-US relations cooled.