Kazakhstan is located in Central Asia with a small part in Eastern Europe. It borders Turkmenistan, Uzbekistan, Kyrgyzstan, China and Russia. Kazakhstan is the ninth largest country in the world. 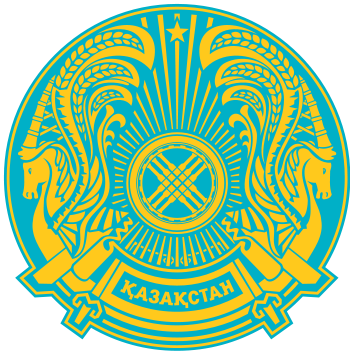 The Kazakhs are a Muslim Turk since the ninth century who in 1456 established an independent khanate, the Kazakh khanate, in present-day Kazakhstan, which lasted until 1731. It was then placed as a protectorate under Russia after the Kazakh khan asked the Russian tsar for support against hostile peoples. The Russians colonized the area in the 19th century as a step in the Great Game against Great Britain. Live property in Russia was abolished in 1861 and then many Russian and Ukrainian farmers moved ashore in Kazakhstan allocated to them by the central government. Kazakhstan was declared a part of the Russian Empire in 1868. The Kazakhs revolted against Russian domination several times, including in 1916 when up to 150,000 people were killed.

A severe famine hit the country 1931-1933 and decimated the population. Kazakhstan became a Soviet republic, Kazakh SSR, in 1936. Kazakhstan became the target of several Soviet deportations: especially after World War II, Crimean Tatars, Poles, Chechens, Volga Germans and others were forcibly deported to the country. During the Soviet era, much space research was conducted in the country, especially in the secret city of Leninsk (now Baikonur); in Semipalatinsk there were extensive laboratories and test areas for nuclear research.

Kazakhstan declared autonomy in 1990. After the collapse of the Soviet Union, it declared independence in 1991, becoming the last republic. The country joined the UN in 1992. The first years after independence were characterized by marked emigration of non-Kazakhs. However, the economic situation gradually stabilized, with strong growth due to oil and gas resources, and the migration balance is starting to turn positive again.

Kazakhstan is one of the most sparsely populated countries in the world with a population density of about 5.7 residents per square kilometer.

The following objects in Kazakhstan are inscribed on the UNESCO World Heritage List.
The year in which the item was added to the list is indicated in parentheses.

Electricity and electrical outlets in Kazakhstan

Almaty is the largest city in Kazakhstan, located in the southeastern part of the country, with 1,350,000 residents (2008). When the Soviet Union collapsed and Kazakhstan became an independent state in 1991, Almaty became its capital. It was the capital until 1998, when Astana became the capital instead. Almaty is still the largest and most important city in the country.

According to Countryaah, Astana is the capital of Kazakhstan and the country’s second largest city, after Almaty. It has about 600,200 residents (2008). The city is located in a special economic zone within the province of Aqmola. Ishim, a tributary of the Irtysh, flows through the city. Astana was largely built from the ground up and today the city largely consists of administrative buildings, parks and palaces for the president and his closest. The project is financed by oil money and by the compensation received from Russia for renting out Bajkonur. The city’s main economic sector is administrative services.