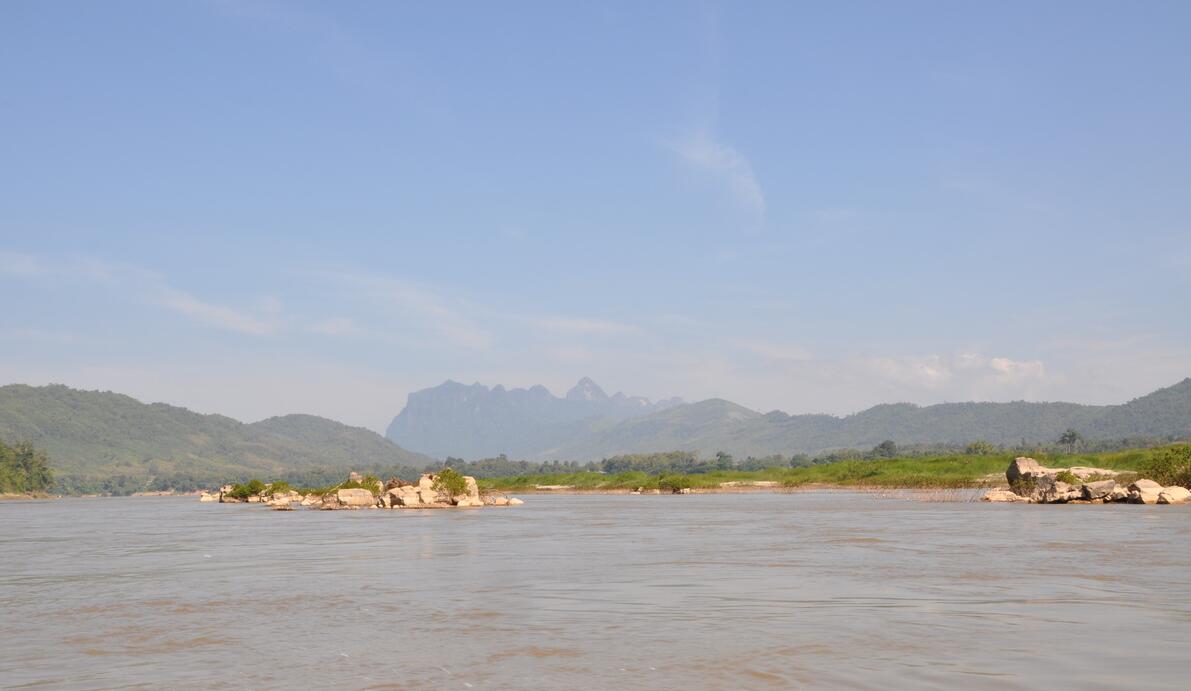 Laos lies in the tropics, between 14 ° and 22 ° north latitude, and between 100 ° and 107 ° 30ʹ east longitude. The land bounded by the Mekong River in the west and the Annam Mountains in the east is without access to the sea. More than 90 percent of the total area consists of heavily eroded plateaus, mainly between 900 and 1800 m. The northern part of the country is the tallest, with old folding chains and sandstone and limestone plateaus. The landscape is wild and rugged, with mountains rising steeply from the narrow valleys. Several peaks reach a height of over 2000 m; the highest is Phou Bia (2819 masl). The only relatively flat area is the Tran Ninh Plateau with Krukkesletta, which is named after the large quantities of jars that lie here from ancient times. 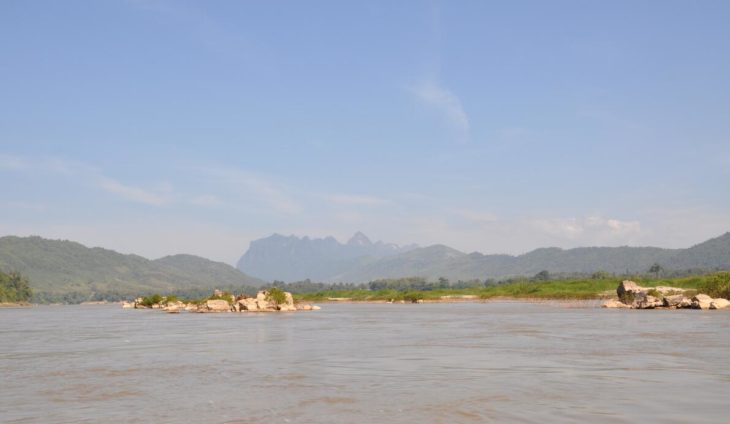 The highland of Annam, which forms the border with Vietnam, slopes steadily towards the Mekong. The mountain range, which for the most part consists of crystalline and granitic rocks, reaches a height of 2000–2500 m in the border areas, but is mostly 450–900 m high. The narrow Mekong valley, which forms the western border of Laos towards Thailand, is very fertile and has the majority of the country’s population. Southern Laos consists mainly of lowlands separated by plateau areas, including the approximately 1000 m high Boloven Plateau which is made up of sandstone covered by basalt.

Plant life and wildlife in Laos

The mammalian fauna includes wild cattle and deer (banteng, mintjack), leopard, Malay bear, small cats and many sneaky cats. Two large mammals (a bull and a deer) that live in the forest areas between Laos and Vietnam were discovered as late as the early 1990s. In the rainforest live primates such as macaques, langur and gibbon, as well as woodpecker mice, avian grains and reptiles. 700 bird species are registered. Common birds in the rainforest include trogons, icebergs, hornbills, beards, drongos, pirols, and axes.