Laos is located in Southeast Asia and borders Myanmar (Burma), Thailand, Vietnam, Cambodia and China. Laos is one of the least developed countries in the world. According to the Human Development Reports’ list of development levels in different countries in 2002, Laos ranks 143th in the world. About 80 percent of the country’s population subsists on agriculture, fishing and forestry. 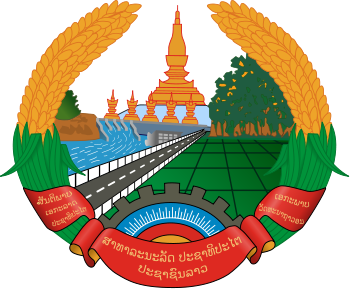 Lao’s topography is characterized by mountains and highland plateaus, which together cover about 70 percent of the country’s area. This makes large parts of the country difficult to access, as the road network is poorly developed.

The following objects in Laos are listed as a UNESCO World Heritage Site.
The year in which the item was added to the list is indicated in parentheses.

Electricity and electrical outlets in Laos

Louang Prabang is a city in Laos with about 50,000 residents (2005). From the 14th century, the city was for long periods the capital of the kingdom of Lan Xang, which geographically to some extent corresponds to today’s Laos. Legends tell of the creation of the city. Prince Fa Ngum fled to Angkor but returned and with the help of an army from Angkor he seized power in 1353 and chose Luang Prabang as his capital. The city got its name from a Buddha sculpture (Phrabang Buddha) which was taken to the city from Vientiane in 1512. Due to strife, the capital was moved in 1563 to Vientiane.

The city, located on the Mekong River 440 km north of Vientiane, is known for the high concentration of Buddhist monasteries and Buddhist monks. Today there are 33 temples and monasteries, some of which were built as early as the 17th century.

Listed as a UNESCO World Heritage Site in 1995, Louang Prabang is considered a unique example of a blend of traditional and colonial architecture.

According to Countryaah, Vientiane is the capital of Laos, and has 570,000 residents (2005). It is located on the northern bank of the Mekong River on the border with Thailand.

The city was originally a Khmer village that grew around a Hindu temple. During the 11th and 12th centuries, the Laos and Thais came to the area. They took control of the city from the Khmers. Later, King Setthathirath established Vientiane as the capital of Lan Xang in 1560. When Lan Xang collapsed in 1707, it became an independent kingdom. In 1779, the city was conquered by the Siamese general Phraya Chakri and became a vassal state of Siam. When France gained control of Laos, Vientiane became the capital again in 1889.