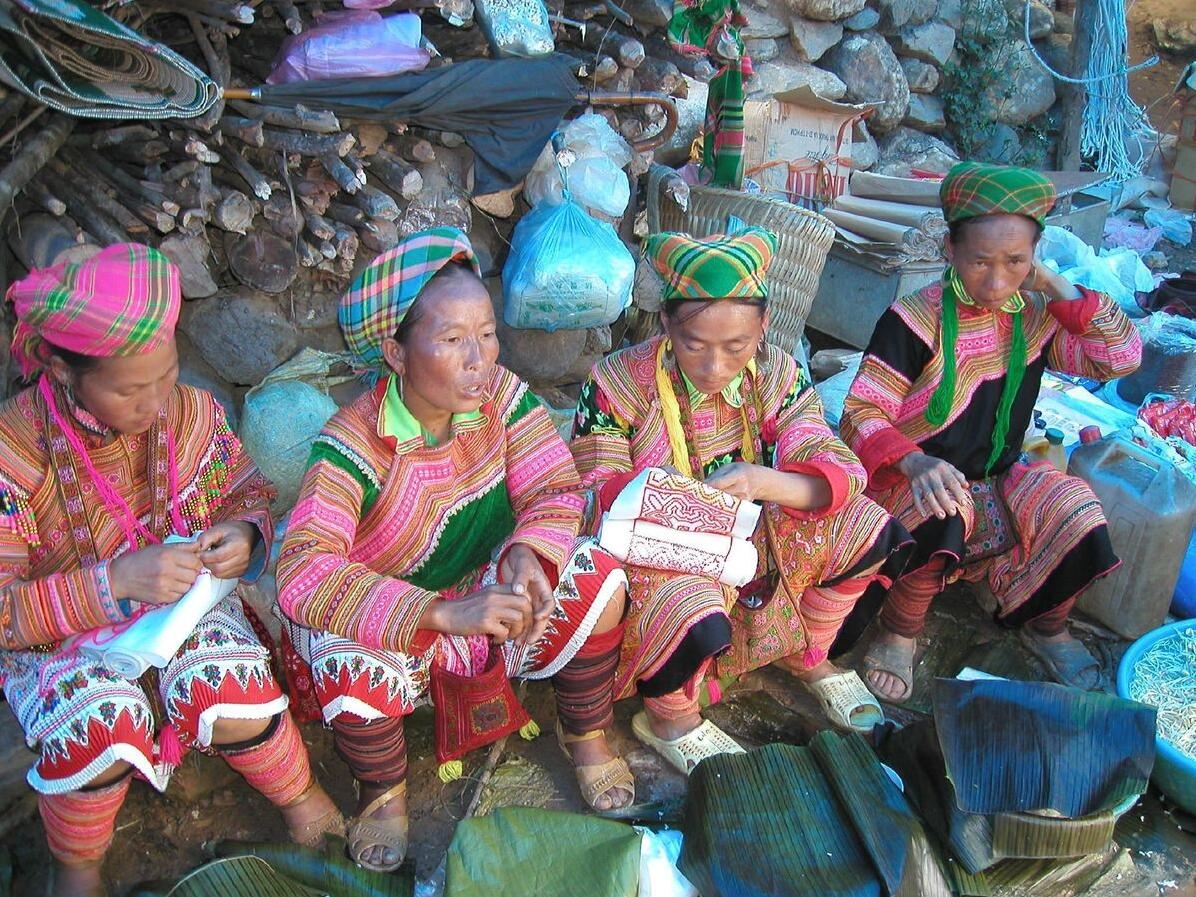 Laos is a republic in Southeast Asia. It is an inland state bordering Vietnam in the east, Cambodia in the south, Thailand in the west and Myanmar and China in the north and northwest.

Laos became independent in 1954 and is one of the world’s poorest countries.

The country, which is slightly larger than the UK, is characterized by mountains and highland plateaus apart from the Mekong Valley. The population consists of many people groups. Business and communications are little developed. The capital is Vientiane.

The name Laos is after the people group lao, which laid down the area during the 1300s.

The land is bounded by the Mekong River and the narrow Mekong Valley to the west and the Annam Mountains to the east. About 70 percent of the area consists of eroded mountain plateaus. The northern part of the country is highest, with Phou Bia, 2817 meters above sea level, as the highest mountain. The southern part of Laos is lowland, with large plains separated by plateaus.

Laos has a tropical monsoon climate with three seasons: a cool and dry from November to March, a warm and dry from March to May and a humid rainy season from June to October. The average temperature is normally not lower than 21 degrees in the lowlands, but on the plateaus and in the mountains it is slightly lower. Most areas receive 1000–2500 millimeters of rainfall per year, in the south up to 3900 millimeters.

Laos has Asia’s largest forest area compared to the population. It is tropical deciduous forest and monsoon forest with mixed forest. Relatively large areas have savanna.

The mammalian fauna is rich with, among other things, deer and wild cattle, elephant, Malay bear, leopard, avian and primates such as macaques and gibbon. There are more than 700 bird species and a large number of reptile species.

Officially, there are 49 ethnic groups, which are divided into four ethno-linguistic main groups by the authorities: Lao-Thai, Mon-Khmer, Hmong-Mien and those with Sinotibetan languages.

With an average age of 23.4 years, Laos has Asia’s youngest population.

64.7 percent of the population are Buddhists, 1.7 percent are Christians ; the rest cultivate spiritism and shamanism, especially in the minority population.

The official and dominant language is Lao; almost half of the population speak minority languages. French is used in administration and trade. English is widely used.

Laos is a socialist republic. The supreme executive is a president elected by the National Assembly for five years. The president is a military commander and appoints the government.

The National Assembly has 132 members who are elected in the general election for five years. It plays a modest political role. The only legal party is the Lao People’s Revolutionary Party (or LPRP abbreviated by Abbreviationfinder).

Laos is divided into 16 provinces as well as the metropolitan area and a special zone. The non-Laotian groups in the north have limited autonomy.

The ratio of Lao people, who make up about 60 percent of the population, and the minorities have long been strained. The regime has often been blamed for human rights violations.

The military initial service is a minimum of 18 months. The defense consists of the army, the army’s naval section (river patrols), and air force, as well as paramilitary forces.

Laos is a member of the UN, APTA, ASEAN and the World Trade Organization, among others. 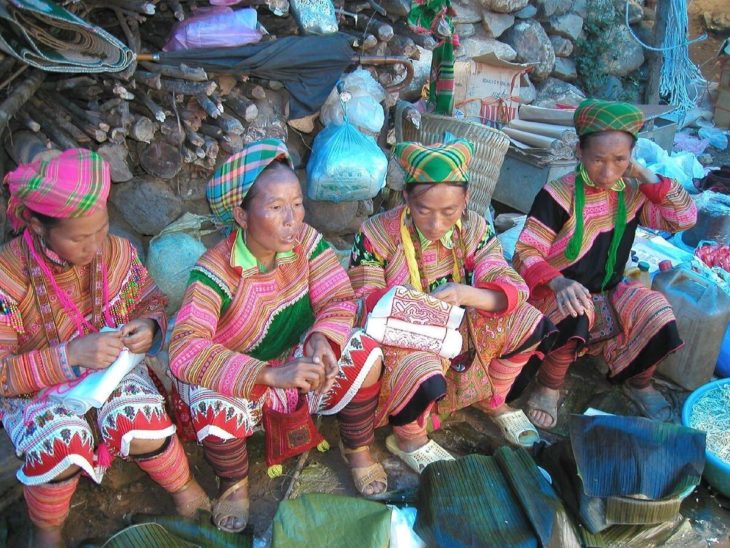 In 1353, the kingdom of Lan Xang, the ‘land of millions of elephants’, was created; it is considered the first real Laotian kingdom. Later, the area was characterized by civil wars and it has been sound during Myanmar, Thailand and Vietnam. The first Europeans came to Laos in the 17th century.

In the 19th century, Laos was a Thai sound empire before it became a French protectorate in 1893.

During World War II, Laos was occupied by the Japanese from 1941 to 1945. Laos gained limited sovereignty within the French colonial kingdom in 1949 and full independence in 1953. Laos was internationally recognized as a constitutional monarchy in 1954.

A civil war was fought between the US-backed monarchical government and the communist Pathet Lao movement 1953–1973. In the 1970s, North Vietnamese forces used Laotian territory as a supply line (Ho Chi Minh Path) during the fighting in South Vietnam, and US forces carried out numerous bomb attacks.

In 1975, when Pathet Lao was in power in most of the country, a coalition government was formed between the Communist Party and the royalists, supported by the United States and France. On December 2, 1975, the king was forced to abdicate, and the Lao People’s Republic (Lao PDR) was established.

In the 1980s and 1990s, state socialism in the country was gradually replaced by freer economic conditions. Market economy reforms were introduced in 1986, and the country got its first constitution in 1991. The country has gradually become more open, including with private property rights, but there are increasing differences between urban and rural populations; the latter is in part very poor.

Politically, Laos is most closely associated with Vietnam and China. 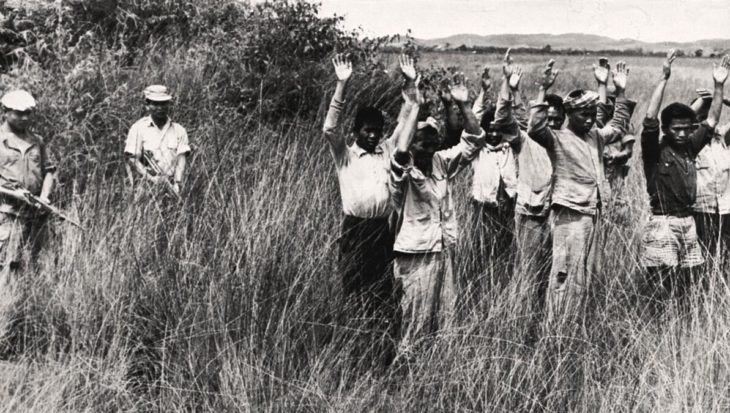 In the 1960s, the Vietnam War had its parallel in Laos. Neutralist government forces and a meo-army, both with US support, fought Pathet Lao and North Vietnamese troops. The image shows Pathet Lao partisans captured.

Laos is a small developed country, but rich in minerals, forests and hydropower. Agriculture employs 73.1 per cent of the labor force and is the most important industry. Main products are rice, corn, cassava, sweet potatoes, coffee, tea, cotton and opium poppy; cultivation of the latter is greatly reduced. The livestock team is growing.

The industry is little developed; it is a part of wood processing, mining and manufacturing of clothing and textiles. Most of the industry is located in Vientiane; there is also the production of foodstuffs.

Tourism is of increasing importance, but the infrastructure is poorly developed. 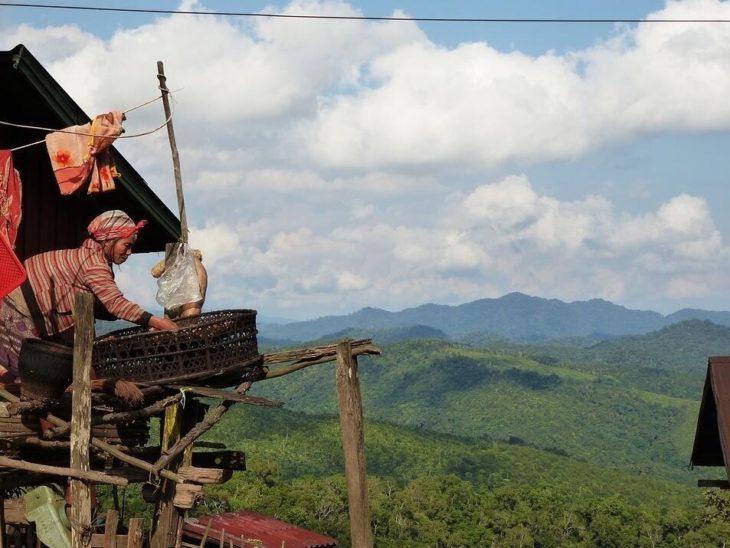