Malaysia is a popular destination in Southeast Asia, attracting tourists with beaches and exotic jungles. The country is divided into two areas, separated by the South China Sea. Western Malaysia is located on the southern Malacca Peninsula between Singapore and Thailand, and Eastern Malaysia is the northern part of the island of Borneo. 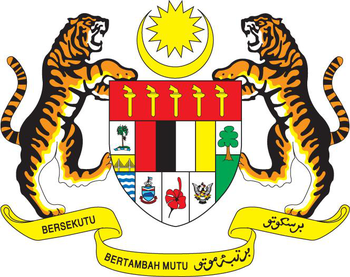 Malaysia is a land of contradictions. On the one hand, there are areas that have long been among the least explored in the whole world, with untouched rainforests, fantastic wildlife and small fishing villages where it feels like time has stood still.

At the same time, Malaysia is today one of Southeast Asia’s most prosperous economies, with large shopping malls and impressive buildings such as Petronas Twin Towers.

Malaysia is also known for its beaches. The Swedish reality soap Expedition Robinson has on several occasions been recorded on uninhabited islands in Malaysia. The island of Tengah, where the first season was filmed, is now a tourist attraction.

In Malaysia, the film Zoolander is banned due to the fictitious assassination of the Malaysian Prime Minister. The film “Entrapment” with Sean Connery and Catherine Zeta-Jones is largely shot in Malaysia, and contains several scenes from Petronas Twin Towers in Kuala Lumpur.

The following objects in Malaysia are listed on the UNESCO World Heritage List.
The year in which the item was added to the list is indicated in parentheses.

Electricity and electrical outlets in Malaysia

George Town in northwestern Malaysia was founded in 1786 and is the capital of the state of Penang. The city, located on the island of Penang, has about 300,000 residents (2006). In the metropolitan area, which also includes parts of the mainland side, the population is 1.2 million residents (2000). The traffic between the island and the mainland runs partly by ferries between George Town and Butterworth, and partly via the Penang Bridge which is south of George Town.

George Town was inscribed on the UNESCO World Heritage List in 2008.

Johor Baharu is one of Malaysia’s largest cities, with 876,033 residents (2006). The entire metropolitan area has 1.7 million residents. The city is located on the southernmost part of the Malacca Peninsula, next to Singapore.

Kota Kinabalu is the capital of the state of Sabah in Malaysia. The state includes the northern part of Borneo. The city has 473,256 residents (2005), and with suburbs about 1.2 million residents. Kota Kinabalu is called by Malaysians often called KK.

According to Countryaah, Kuala Lumpur is the capital of Malaysia, and has 1.4 million residents. The city is called by Malaysians often called KL.

Tourism is an important part of the city’s economy, as it provides income, employment and growing business opportunities. Many large, global hotel chains have established themselves in Kuala Lumpur.

A major tourist attraction is the twin skyscraper Petronas Twin Towers which measures 451.9 meters. With 88 floors, it is one of the tallest buildings in the world.

Another well-visited tourist destination is the Kuala Lumpur Tower (in popular monk KL Tower), which is by the way the country’s second tallest building. Apparently the tower is taller than Petronas Twin Towers, which is due to the fact that KL Tower is built on top of a high hill. But KL Tower measures only 421 meters, which is not higher than the twin towers. At an altitude of 335 meters, there is a lookout point that often attracts tourists.

Kuala Lumpur also has its own Chinatown. Among other things, there is the famous shopping street Jalan Petaling, which is located under a plastic roof to protect the stalls from precipitation.

Sandakan is the second largest city in the state of Sabah, with 427,200 residents (2006). It is located on the north-east coast of the island of Borneo, and was formerly the capital of the British state of North Borneo. Sandakan is known as an important hub for ecotourism, and from here you can reach places such as Sepilok Orang Utan Sanctuary, Turtle Islands Park, Kinabatangan River and Gomantong Caves.