Mongolia is located in Asia, between Russia and China. Mongolia has also been known as “Outer Mongolia” to distinguish it from “Inner Mongolia” which is an autonomous region in China. 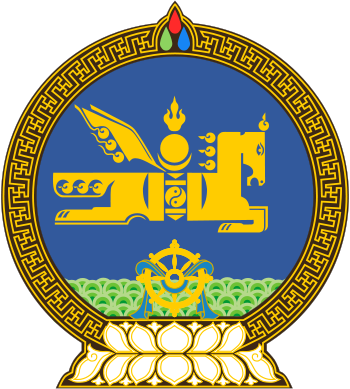 In the early 13th century, the Mongols under Genghis Khan and his successors conquered large parts of Central Asia, Persia, and China. During its heyday, the Mongol Empire was the world’s largest empire ever, and no kingdom has since beaten it in lands or population. However, it was relatively short-lived as a great power and quickly split.

In official Chinese historiography, the Mongol Empire is described as a Chinese minority seizing power in China, and then expanding the Chinese Empire. The period of Mongol rule is therefore perceived in China as a time of Chinese greatness, when China extended from Asia to Europe, rather than as a time of Chinese political submission to the Mongols.

Mongolia became Chinese in the 17th century but regained its independence in connection with the Chinese Revolution in 1911. The Chinese re-entered the country in 1919, but were expelled by tsarist Russian forces in 1921. These were in turn expelled by Mongol communists supported by the Soviet Red Army the same year. A Mongolian Communist People’s Republic was proclaimed in 1924. A treaty of friendship between Mongolia and the Soviet Union was signed in 1936 and the already close ties were formalized. For a long time, the Soviet Union had a decisive influence over the country and Mongolia followed the Soviet Union in the split between Russian and Chinese communism around 1960. When the Cold War began to come to an end, however, diplomatic relations were not established with China until 1986 and 1987 with the United States.

During the 1990s, diplomatic negotiations between the People’s Republic of China and Russia led to an agreement that Russia would withdraw all its troops from Mongolia.

In connection with greater openness in the Soviet Union in the late 1980s and after extensive demonstrations by the Mongolian opposition in late 1989, the Mongolian Communist Party in 1990 agreed to allow competing parties, and in 1992 a democratic constitution was introduced. In the same year’s elections, the Communist Party (now the Mongolian People’s Revolutionary Party, MFRP) won a landslide victory. The opposition, the Democratic Party, won the 1996 parliamentary elections, but after four years of corruption, instability and malnutrition (a severe drought in the summer of 1999 was followed by the coldest winter in 30 years), the MFRP won the 2000 parliamentary elections. .

Mongolia’s economy is centered on agriculture and mining. The majority of the population makes a living by keeping livestock (cows, sheep, goats, horses and camels). Many of the country’s industries were closed down after the fall of the Soviet Union, but not the mining industry, which produces petroleum, coal and copper. An important export product is also cashmere wool. Tourism is also a more important source of income, for example in the form of sport fishing for pike and grayling, as many watercourses are not fished because the residents often do not eat fish.

Since the fall of the Soviet Union, Mongolia has undergone a change from a planned economy to a market economy, but reforms are slow. The country has been a member of the World Trade Organization (WTO) since 1997.

The following objects in Mongolia are inscribed on the UNESCO World Heritage List.
The year in which the item was added to the list is indicated in parentheses.

Electricity and electrical outlets in Mongolia

CEE 7/5, also called type E, is a standard that i.a. used in France. It is not compatible with type F, which is used in many other European countries.

According to Countryaah, Ulan Bator is the capital of Mongolia, and has 844,800 residents (2005). The city is located on the river Tuul, in a valley at the foot of Mount Bogd Uul in northwestern central Mongolia at an altitude of about 1,350 meters above sea level.

The city is by far the largest in Mongolia and accounts for almost half of the country’s industry. It is a station on the branch of the Trans-Siberian Railway that runs between Ulan-Ude and Beijing. Ulan Bator has five major universities, several colleges and a historical library.