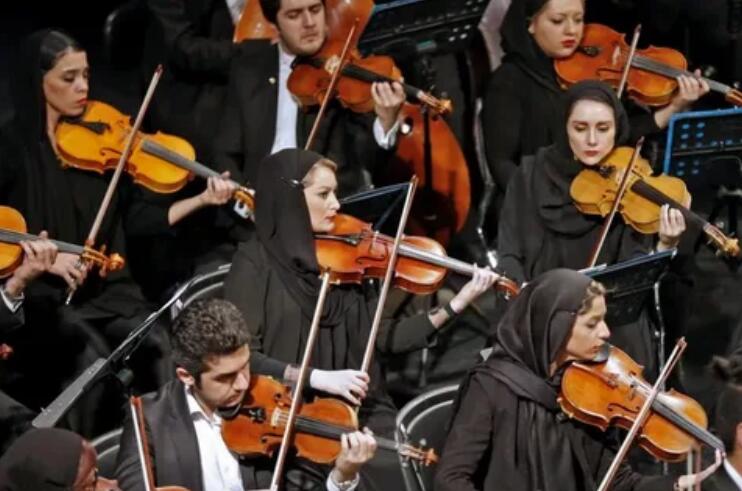 The roots of the music in Iran can be traced back to ancient Mesopotamian, Babylonian and Assyrian cultures. The long-standing contact with Greek culture was of great importance and possibly led to fundamental changes in the music scene.

During the Sasanids (226-651 AD), Iran was a leading cultural country, the musicians had a privileged status and the music life flourished. When the Arabs conquered the kingdom of the Sasanids, they came under the strong influence of Persian music, especially after the caliphate was moved to Baghdad, which was in the land of the Sasanids and was to become an intellectual center in the Middle Ages. Persian musicians and theorists took the lead in the development of Islamic culture, with Ibn-Sinâ (Avicenna, 980–1037) and Safi al-Din (dead 1294) at the forefront. Persian influence is evident in the Seljuk Turks. The Mongol and Turkish conquerors from the 1200s to the 1500s were also under strong Persian influence. At that time there was also contact and exchange with China. 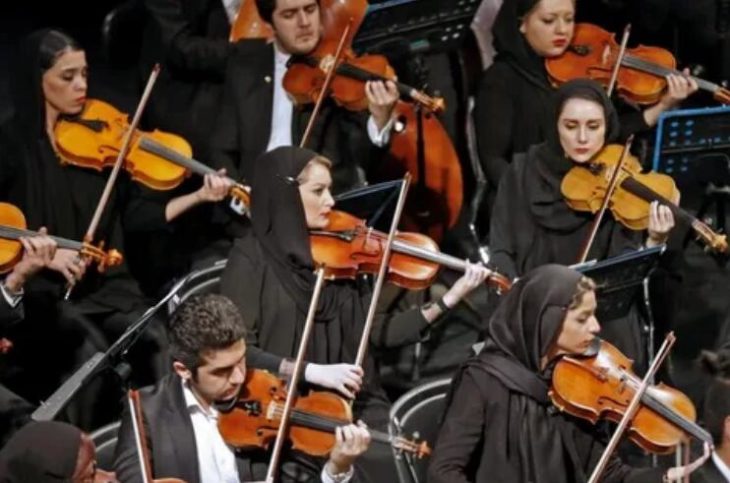 From the national renaissance of the Safavids (1501-1722), fewer written testimonies of musical activity have been preserved, but European travel descriptions and Persian miniature paintings testify to the strong position of music in a Muslim society that often denounced the music as harmful. The thumbnails show musicians with kamanja (nail-fiddle), nai (flute), surnai (scallop), dayra (tambourine), naqara (pauke), karna (a long trumpet) and drums. The Persian influence is especially noticeable in India, where Persian words like ektar, dutar, sehtar, charteretc. were recorded (cut by 1, 2, 3 or 4 strings). A dominant role also played the Persian music for the Ottoman Turks.

Classical Persian music has retained santur (cimbalom), tar, kamanja, nai, dayra and dumbak or tombak (a vase-shaped drum). The musicians improvise on certain patterns, and if they play finished compositions, they will never sound the same from time to time. The classic repertoire is called radif and is grouped into 12 different modes, 7 of which are basic (dastgah) and 5 are derived (avaz). To each dastgah belongs melodic formulas, gushé, all of which have special names. Each mode uses 7 scale tones, but the steps differ from the European ones. Characteristic are steps that are higher than a European halftone but less than a full tone. Modern Persian theorists have tried to create a system by dividing the octave into 22 or 24 microintervals (quad tones). The music is predominantly homophonic and melodic and in this field has developed a much greater refinement than the European. The singing style is very virtuosic with trills and the use of falsette voice.

European influence led to growing interest in ensemble playing in the 19th century, and new vocal and instrumental genres (pishdaramad, pure and chaharmezrab) emerged with elements of western conservative harmony and polyphony, performed by orchestras with Iranian as well as European instruments.

Europeanization was further promoted when the Shah hired French musicians to lead its military orchestra. One of these was A. Lemaire (from 1868), who founded the Imperial College of Music in Tehran and composed Iran’s national anthem. Later, a symphony orchestra, an opera and a ballet company were formed. In Shiraz there is an annual international festival.

The result is a new music that combines Persian and Western. In this, the traditional Persian dastgah is modified so that they can be incorporated into the temperate tone system. Often Persian tunes are the subject of Western harmonization, Persian songs are arranged for chorus, and Persian tunes are played, for example, clarinet and piano. In the pop music is influenced by jazz and rock, and also from Russian, Caucasian and Armenian music.