Myanmar is the name of the country introduced by the incumbent military regime, the opposition still uses the name Burma. The country borders China, Bangladesh, India, Laos and Thailand. Until 2005, Yangon (also transcribed Rangoon) was the country’s capital. The current capital is Naypyidaw. 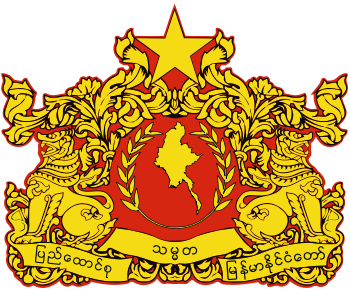 Burma became independent from Britain in 1948 and became a federal republic. Since a military coup in 1962, the country’s government has consisted of a series of military junta that have pursued a conscious isolation strategy, and Burma is today one of the world’s least developed countries. A major problem is the country’s large production of heroin and the spread of HIV / AIDS. The country’s culture is mainly based on the Theravada direction of Buddhism.

The country’s name sometimes causes concern. The official name Myanmar was adopted in 1989 by the incumbent military regime, with the opposition opposing the name change, as they did not consider the dictatorship to have a mandate to change the country’s name, and wanted the outside world to reject the change. Different names are therefore used in different contexts. The UN uses the official name, in the EU context “Burma / Myanmar” is used and official authorities in, for example, Sweden, the USA, Great Britain and Ireland continue to call the country “Burma”. Commonly used compromises are “Myanmar, formerly known as Burma” or “Burma, also called Myanmar”.

In Burma, opium poppy is grown. The country’s mountain people have long used opium as a medicine, but also as a drug. Opium is also their most economically important crop. Today, poppies are grown primarily for the illegal production of heroin. Several of the politically radical groups in Burma make big money from dealing in opium and heroin, money that has given them great power in society. For a country that already has problems with dictatorship and unstable domestic policy, drug trafficking is another problem. This activity has proved difficult to stop, as the military junta often cooperates with the drug barons.

George Orwell (who worked in Burma between 1922-1927) once predicted that of all the countries colonized by Britain, Burma was probably the one that would do best independently. In the early 2000s, the American newspaper The Economist ranked Burma and Ethiopia as the world’s poorest countries. They came in a split first place.

The following objects in Burma are listed as a UNESCO World Heritage Site.
The year in which the item was added to the list is indicated in parentheses.

Mandalay is Myanmar’s second largest city, with 961,000 residents (2007). Mandalay is also the country’s religious and cultural center, with many monasteries and over 700 pagodas.

According to Countryaah, Naypyidaw is the newly built capital of Myanmar. Until 2005, Rangoon was the capital, which is also the country’s largest city. Naypyidaw has been built for a short time in an inaccessible inland jungle terrain near the city of Pyinmana. In 2005, the ruling military junta began the relocation of government functions, and all parts of the country’s administration, including personnel. Two years later, the move was complete.

The name of the city roughly means “the royal city” or “the residence of the kings”, but there is no connection to the country’s historic kingdom.

Rangoon was the capital of Myanmar until 2005, when the administration moved to Naypyidaw. The city has 4 million residents (2007), and is the country’s largest city. The urban area is by far the country’s by far the most important industrial region and more than 80 percent of Myanmar’s foreign trade passes through the port.