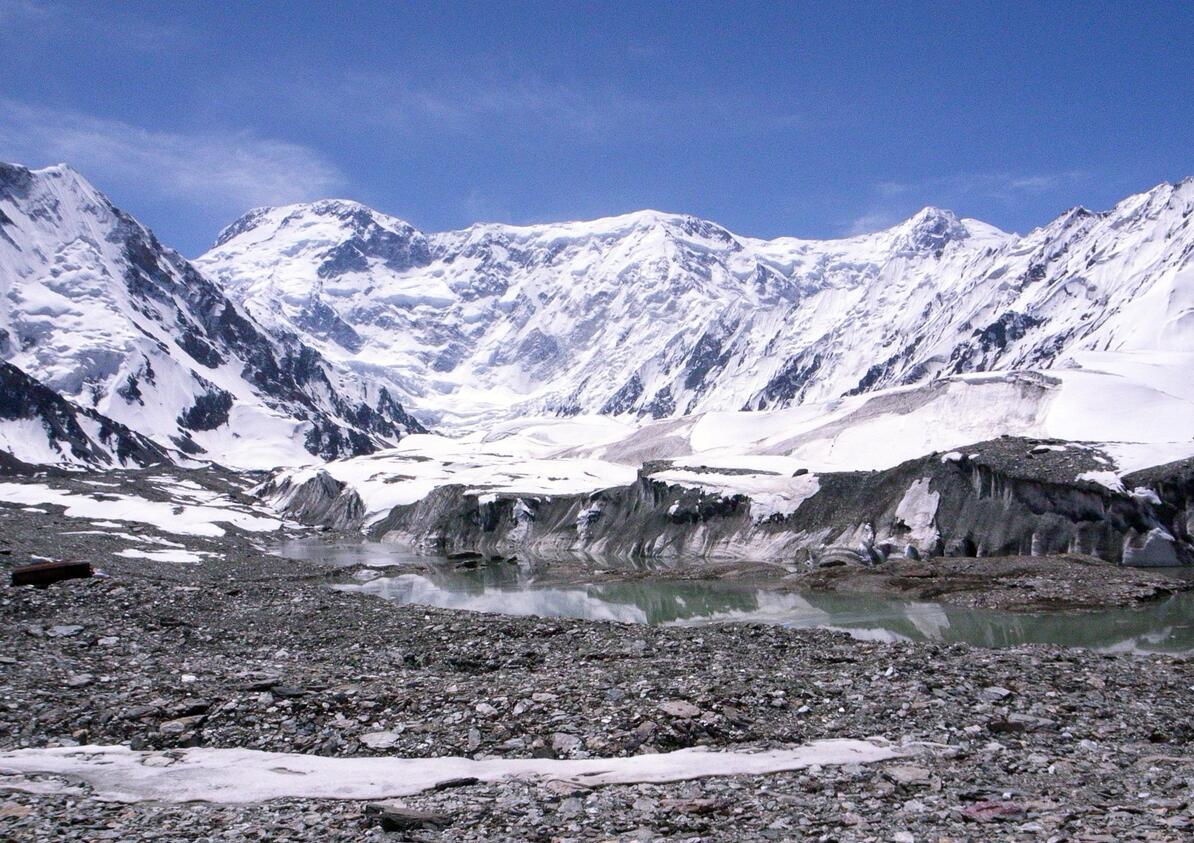 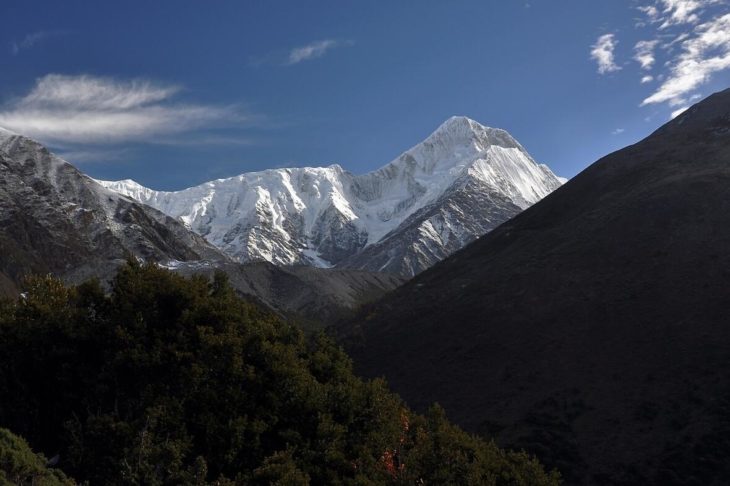 Gongga Shan is the highest peak in Sichuan’s elongated mountain ranges with its 7556 m.

Southwest China is a cool, high-lying and mountainous area, with an arc of plateaus and pools. The rivers flow almost in the north-south direction, unlike in eastern China, where the drainage is from west to east.

The Yunnan Plateau, Chinese Yun Gui Gaoyun, located southwest of the Red Basin, is a continuation of the Tibetan Highlands. The elevation in the east averages around 1800 m above sea level, and the terrain slopes to the south and southeast. The landscape is wild and rugged, with numerous mountain ranges and rivers, which have cut deep into the surface. In the western part of the area, the great rivers Salween, Chinese Nu Jiang, Mekong, Chinese Lancang Jiang, and Jinsha Jiang – Chang Jiang’s upper rivers, run in deep, parallel canyons, just a few kilometers apart.

In the western part of Yunnan, the mountain ridges that separate the river valleys from each other reach more than 5,000 meters above sea level, in the southern part approx. 2500 masl The highest peak is Yulongxue Shan (5596 masl). The eastern part of the Yunnan Plateau has been subject to significant faults, and there are many tectonically conditioned basins, several of which are filled with lakes.

The Tibetan highland, Chinese Qing Zang Gaoyuan, includes both the real Tibet and Qinghai Province, and parts of Sichuan. The region covers an area of over 2,000,000 km2, that is, about 1/4 of the whole of China’s land area. The Tibetan highlands are bounded to the north by the Kunlun Shan Mountains (highest peak: Muztag, 7723 meters) and Qilian Shan (5547 meters), to the south of the Himalayas and to the east, and Sichuan’s elongated mountain ranges (highest peak: Gongga Shan, 7556 meters above sea level). ).

Most of this vast region is over 3000 meters above sea level, except for the Qaidam depression southwest of Qilian Shan, which forms a mighty swamp area at an altitude of 2,700 meters, surrounded by mountains on all sides. The mountain ranges are for the most part 6000–7000 m high. Himalayan peaks in the Mount Everest, Chinese Qomolangma Feng, 8850 m., On the border between Tibet and Nepal. In the eastern and southern parts of the Tibetan Highlands, a number of large rivers spring out, including Huang He, Chang Jiang, Brahmaputra, Thanlwin and Mekong, while Indus originates in the southwestern part. 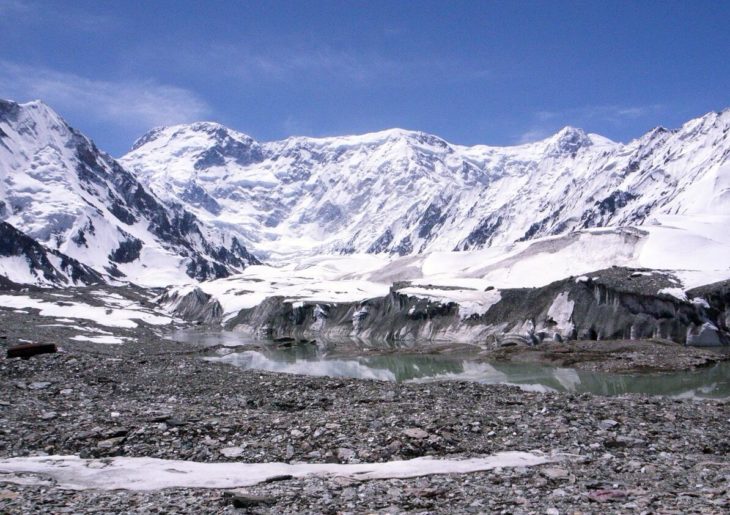 Northwest China is the driest part of the country, forming its own drainage system with no drain to the sea. The region covers the whole of Xinjiang (Sinkiang), and can be divided into three sub-regions:

The Tarim Pool, Chinese Tarim Pendi, which accounts for nearly 60% of Xinjiang, is bounded to the north by Tian Shan and to the south by Kunlun Shan (highest peak: Kongur Shan, 7719 meters), and extends from Pamir in the west to Gansu in the east. A strip of oases is located along the foot of the mountains, while the central part of the pool consists of the large Takla Makan desert. Through the northern part of the desert, Tarim He, Xinjiang’s main river, flows into the large salt lake Lop Nur, also called “The Wandering Sea”. The border with Kashmir is formed by the Karakoram mountain range, where K2 or Mount Godwin Austen, kin.Qogir Feng with its 8611 meters. is the world’s second highest mountain.

The Dungaria Pool, Chinese Junggar Pendi, is located between Tian Shan and the Altaj Mountains, on China’s northwest border. The eastern and central part of Dsungaria is a flat steppe, often desert-like, with salty soils and salt lakes. Further west several mountain ranges pass through the region. Tarbagatai, Dungsarisk Alatau and others, with peaks of 3000–4000 meters above sea level. The Dsungaria basin forms a broad natural gateway from the highlands of Inner Asia to the lower steppes in the west, and this gate has been used by the steppe people on their migrations westward.

Tian Shan consists of a series of parallel mountain ranges, extending east from the border with Russia for a length of over 1500 km. The highest point is Hantengri Feng (6996 masl) near the border with Russia. The various chains in the system encompass a variety of pools and valleys; Thus, between the main chain and Bogda Shan (5445 meters) lies the Turfan lowering, Chinese Turpan Pendi, which is 154 meters below sea level and thus is China’s lowest point.