Nepal is a republic on the southern slope of the Himalayas between China in the north and India in the south. Until 1990, Nepal was an absolute monarchy, and the country was ruled directly by the king, while foreign policy was long determined by Britain and India. 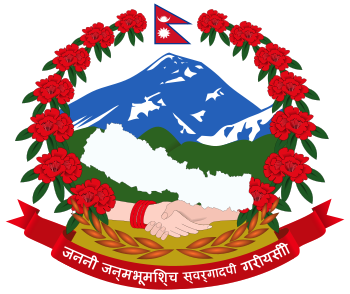 In 1990, the king agreed to a major political reform, due to pressure from the people. A parliamentary monarchy was established, and the king became head of state, at the same time as a prime minister was appointed head of government. In 2008, the country changed state and went from monarchy to republic.

The country is one of the poorest countries in the world, and about half of the population can be considered poor by definition. Nepal lacks a coast. Of the country’s total area, 20 percent is arable. Mount Everest, the world’s highest mountain, is located in Nepal.

The following objects in Nepal are listed as a UNESCO World Heritage Site.
The year in which the item was added to the list is indicated in parentheses.

Electricity and electrical outlets in Nepal

According to Countryaah, Kathmandu is the capital of Nepal. It is located in the Kathmandu Valley between the Himalayas in the north and the Mahabharat Mountains in the south at 1325 meters above sea level, near the Vishnumati River. The city has 790,612 residents (2005).

Kathmandu was founded in 723 and was an independent kingdom until 1769 when the Shah dynasty conquered the city and merged it with the other two city-states in the Kathmandu Valley, Patan just south of the Bagmati River, and Bhaktapur 12 kilometers southeast of Kathmandu. The city was isolated from the outside world for several centuries and was not opened to foreign aid and immigration until the 1950s.

The city is located in a place severely exposed to earthquakes and has several times been almost leveled to the ground. It is expected that there will be a new earthquake in a short time which will have catastrophic consequences. The buildings are low but are not built to withstand earthquakes. The residents live close together and the water quality is poor.

In the city there are several buildings that have been inscribed on the UNESCO World Heritage List.