North Korea is located in East Asia, encompassing the northern half of the Korean Peninsula. In the south, North Korea borders on South Korea, in the north on China and through a narrow section to Russia. 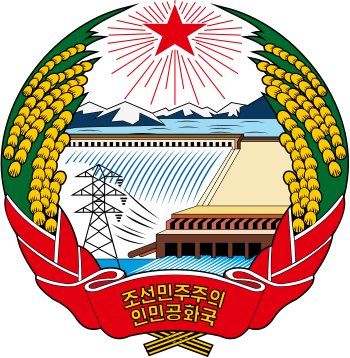 North and South Korea were formed after Korea was divided between the Soviet Union, north of the 38th parallel, and the United States, south of the 38th latitude, after the Japanese occupation ended after World War II. The People’s Republic of North Korea was proclaimed in 1948, a few weeks after the founding of South Korea, and both states claim their right to the entire peninsula.

In 1950, the Korean War began after North Korean troops crossed the 38th parallel (according to North Korean history, South Korean troops crossed the 38th latitude first). After the war, which ended with a ceasefire in 1953, but without any formal peace agreement, the border between North and South Korea runs along the 38th parallel and is probably the world’s most militarized area. It is commonly referred to as the DMZ, or “the demilitarized zone”.

Initially, the North Korean centrally planned industry was very productive and for a long time the northern part of the country was the most industrialized. After the fall of the Soviet Union, however, North Korea’s economy has also weakened sharply and in addition, the country has also suffered from recurring natural disasters. Fearing an attack from the United States, the country’s resources have largely been invested in military rearmament and also in the development of nuclear weapons.

According to the constitution, North Korea is a democratic multi-party democracy that guarantees representation for its citizens, but this view has met with strong criticism, mainly from abroad. Freedom House ranks North Korea as the least democratic country in the world.

There has been a constant severe energy crisis since the fall of the Soviet Union and North Korea lost the opportunity to import coal and oil from there at subsidized prices. China still supplies North Korea with subsidized oil, but in much smaller quantities than the Soviet Union did. Most of North Korea’s energy comes from hydropower, but recurring floods have damaged many hydropower plants. The North Korean coal mining industry has had a declining production since the late 1980s. Lack of electricity and outdated equipment led to a negative development of productivity during the 1990s. In recent years, a modernization of the coal mining industry has been carried out where new machines have been purchased from China, however, it is unclear how much this could have increased productivity in view of the continued energy crisis.

In 2007, for the first time since the Korean War, regular commercial shipping with South Korea was resumed. According to the plans, three cargo ships a month will transport goods between Raijin in North Korea and Busan in South Korea.

Later that year, regular train services between North and South Korea were resumed for the first time since 1951. Initially, the trains will run from Dorasan to Panmun and carry building materials from South Korea to North Korea and finished products back to South Korea.

North Korea’s population is one of the most ethnically and linguistically homogeneous in the world: the vast majority are Koreans, with Korean as their mother tongue, with only very small Chinese and Japanese minorities.

Some observers believe that the leaders Kim Il Sung and Kim Jong Il are considered the saviors of the people and that the cult of personality around them is so strong that they have been elevated to an almost divine status.

The following objects in North Korea are on the UNESCO World Heritage List.
The year in which the item was added to the list is indicated in parentheses.

Ryugyong Hotel was designed in the 1980s, and was intended to be the world’s largest hotel. Already several years before, the North Korean regime boasted about this building and it could be seen on stamps, for example. The hotel would be 300 meters high and accommodate 3,000 hotel rooms. In addition, there would be several restaurants at the top and a casino was also planned. Construction began in 1987 and lasted until 1992. By then, the job had been done of casting the entire construction in concrete. After that, the work stopped and the building has only been allowed to be an empty concrete shell that has no interior at all. There are no windows or doors anywhere. A crane has remained at the top of the building since 1992.

Although the Ryugyong Hotel has never been completed, the building is seen as a major monument throughout Pyongyang. It can be seen everywhere in the city. Foreign visitors are not allowed to come near the building, and preferably not take pictures of it.