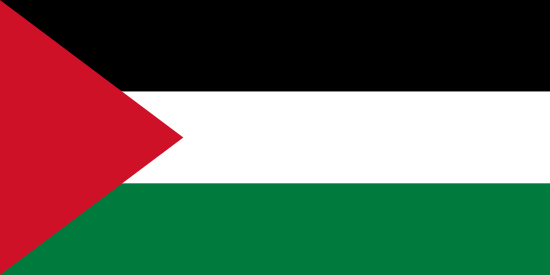 Palestinian Territories is the name of the Palestinian Authority’s semi-autonomous ruling authority in Palestine (West Bank and Gaza Strip). The country declared independence in 1988. Self-government was established in 1994. 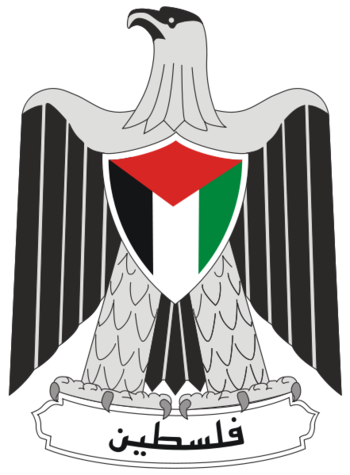 Who would have the right to obtain citizenship in a future Palestinian state was determined by the UN to be the Palestinians who lived in the country during the British mandate 1922-1948 and their descendants. That means about 9 million Palestinians, half of whom live outside Israel, Gaza or the West Bank. Assuming they are registered as refugees by UNRWA (United Nations Relief and Work Agency for Palestine Refugees in the Near East), a UN agency for Palestinian refugees, the number would decrease to about 5 million. Of these 5 million, 1.5 million live in refugee camps. Many Palestinians have begun new lives in neighboring countries such as Syria, Lebanon and Jordan, and over 2 million Palestinians live here.

Israel has been occupying the Palestinian territories outside the 1967 border (the West Bank, Gaza and East Jerusalem) since 1967. In 2006, there were about 250,000 settlers in the Palestinian territories, which in Israel are often referred to as “disputed territories” or just “Territories”. Palestinians find it difficult to move in the areas as the Israeli army has several hundred roadblocks inside the area, and because the West Bank is crossed by roads that the locals are not allowed to stay on.

After the so-called Second Intifada, Israel began to build a wall around the occupied territories. However, the wall has been criticized for being 80 percent inside Palestinian territory and thus does not differentiate between Israelis and Palestinians, thereby creating a difficult situation for the Palestinians living between the wall and the Israeli border.

The barrier has caused great protests among the Palestinians, as in many cases it has been drawn so that water resources and fertile agricultural land have ended up on the Israeli side. There are also problems where access to hospitals, schools, old people’s homes and other community services is hindered by the barrier, or where families are separated. On a few occasions, the Israeli Supreme Court has ruled in favor of the Palestinians and forced new barriers to the barrier.

The International Court of Justice in The Hague ruled in 2004 that Israel’s wall on occupied land is illegal and contrary to international law. In the same judgment, however, it was said that there are no legal obstacles for Israel to build a wall, or take protective measures on the border line or inside the country’s own territory. So it is not the whole barrier but the 80 percent that are in occupied territory, which is illegal.

In the autumn of 2005, Israel evacuated the settlements in Gaza and approximately 7,000 settlers were evacuated. In order for an occupation to cease under international law (the Geneva Convention), the military control of an area must also cease. As Israel, for security reasons, retains control of its borders, border crossings, airspace and maritime traffic, Gaza is in an unclear security policy situation.

The occupation and settlements are a difficult domestic policy issue in Israel, where there are three main lines. The right-wing parties and the national religions (where the settler movement has a strong influence) believe that Israel has the historical and religious right to all the Palestinian territories. Among the supporters of the newly formed Kadima party, there is a common perception that Israel should try to keep East Jerusalem and the largest settlements and make the barrier a new border, but withdraw other settlements. There is also a strong movement that believes that Israel should withdraw within the 1967 borders.

Many Israeli soldiers and officers today refuse to serve in the Occupied Palestinian Territory because they consider the occupation unjust and that it prolongs the conflict with the Palestinians.

During the evacuation of Gaza, it turned out that the majority of Israelis are critical of the settlement policy. On the one hand, it is believed that the settlers endanger the security of ordinary Israelis by being an obstacle to peace, and not least for Israeli soldiers who must protect the settlers and the settlers.

The following objects in Palestine are listed as a UNESCO World Heritage Site.
The year in which the item was added to the list is indicated in parentheses.

According to Countryaah, Bethlehem is a city on the present West Bank, about a mile south of Jerusalem and 765 meters above sea level. According to the Gospels of Matthew and Luke and the Christian tradition, this is where Jesus was born. Bethlehem is home to one of the largest groups of Palestinian Christians in the Middle East. Bethlehem’s metropolitan area also includes the small towns of Beit Jala and Beit Sahour. The city has 29,930 residents (2006).

Gaza is the largest city in the Palestinian Gaza Strip, on the southeastern corner of the Mediterranean. The city has 409,680 residents (2006). The city was conquered by the Arabs in 635 and incorporated into the Ottoman Empire during the 16th century. In World War I, it was captured by British troops in 1917. Gaza was occupied by Egypt in 1948 and captured along with the Gaza Strip by Israel in the Six Day War in 1967. In Jan Guillo’s books about knight Arn Magnusson, some takes place in Gaza, where Arn was mayor.

Hebron is a Palestinian city located in the West Bank, 35 km from Jerusalem. The city has 167,000 residents (2006). Hebron is known as the city of Abraham and sacred to both Jews and Muslims, which has led to conflicts.

Jericho is a city on the current West Bank. The city has very old origins, and is mentioned in several places in the Old Testament. About 9,000 years ago, the world’s first city wall was erected there, which according to the Bible fell from the sound of the conquerors’ trumpets. Jericho is one of the oldest cities in the world. It is also the lowest, 260 meters below sea level. Jericho has 20,400 residents (2006).