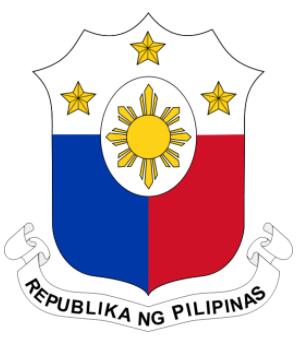 The Philippines during World War II

But the following decade (1935-45) was overshadowed by the Second World War, in which Japan, as part of the Axis Powers (Germany, Italy, Japan), covered East and Southeast Asia and the Pacific with war and devastation and in the countries of these regions brutally its interests in rule asserted. Tokyo’s claim to rule was ideologically embellished with the construct of the Greater East Asian Common Prosperity Sphere, which Japan’s Foreign Minister Matsuoka Yosuke had announced in early August 1940.

The Japanese leaders used the “sphere of prosperity” in their propaganda towards their own people as well as towards the people of other Asian countries in order to recommend themselves as a spearhead in the fight against “white colonialism and imperialism”. They set up puppet governments, sanctioned and controlled by Tokyo, with local politicians who proclaimed “independence” and pursued a policy of “Japanization” towards their own people that paid little or no consideration to local customs, ideas and religions.

As allies, the Japanese militarists were linked to the Nazi-ruled Germany through a similar concept of superiority and hegemony (“Aryan master race” and “blood and soil”). In the Philippines, this concept was spread by relying on far-right elements that had links with “old motherland” Spain. Reichsmarschall Hermann Göring had already emphasized in 1936 that “Spain is the key to two continents”. The Falange Exterior, a Spanish-speaking department of the NSDAP foreign organization, was used by Wehrmacht officers as a Fascist fifth column. Spanish (Franco) fascists were trained by the Gestapo to work for the Axis powers.

According to commit4fitness, in the run-up to the Japanese attacks on Pearl Harbor and the Philippines in late 1941, the Nazis had already agreed that the Spanish Falange should pave the way for the Japanese takeover of the Philippines. The Nazi general Wilhelm von Faupel, head of the renowned Ibero-American Institute in Berlin, had appointed Jose del Castano as regional director of Falange Exterior for the Philippines, while Spain had in the meantime appointed Castano as his consul general in Manila. There he met two influential and wealthy businessmen – Enrique Zobel and Andres Soriano – whose hearts beat for (Franco) Spain as well as for the new rulers. The Falange-Nazi-Japan-Connection was able to book a particular success on its account that it had succeeded in a clandestine way, with Manila’s Civilian Emergency Administration (CEA) – at least essential parts of it – to infiltrate and paralyze at the decisive moment. This explained why Japanese troops were able to march into Manila in the afternoon of January 2, 1942, almost effortlessly, without encountering any significant resistance.

There were indeed a number of Filipinos and Filipino organizations willing to collaborate, who immediately offered themselves to the new Japanese rulers and tacitly submitted to them. Influential families – such as the Laurels, Aquinos (e.g. the grandfather of the president who was in office until the end of June 2016) and Roxases – were among them and in return received high posts in a Japan-dependent regime that was launched in 1943 and also with the end of Japanese rule over the archipelago just as quickly disappeared from the political stage. But numerous Filipinos heroically resisted the new occupying power and lost around 1.2 million people of the 16 million population at the time in the fight against Japanese militarism. Besides Warsaw, Manila was the most destroyed capital in World War II. There, in February 1945 alone, over 100,000 Filipinos were killed in bitter house and street fighting.

Although Japan had granted the Philippines “independence” from its grace in 1943, it was unable to consolidate its rule over most of the islands. It was the anti-Japanese people’s army Hukbalahap, or Huk for short, founded in central Luzon at the end of March 1942, which, as the largest and most important guerrilla organization in the country, put up bitter resistance, inflicting heavy losses on the Tenno troops behind the front lines and large areas around the capital Manila politically and economically controlled. In addition to the Huks, guerrilla groups also operated in other parts of the archipelago, although they did not operate as effectively and successfully as the Huks in the north of the country.