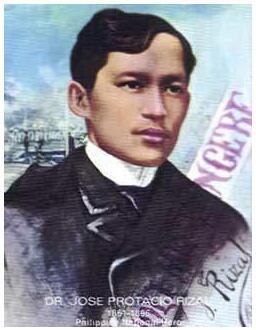 The Seven Years’ War (1756-63) marked a dramatic turning point in relation to the colonies of the Western European powers. As a result of this war, Spain and France failed to place limits on Britain’s growing economic supremacy. Britain had gained large parts of its expanding empire through trade and relied heavily on its powerful navy. In October 1762 armed forces of the British East India Company conquered Manila after fierce fighting. The declared reason for the occupation of Manila by Britain was to anticipate the French threat to British trade with China. The city was plundered, galleons (the largest merchant ships at the time that sailed between Acapulco, Mexico and China’s southern coasts via Manila and back) were seized,

When Manila was returned to the Spanish in May 1764 under the Treaty of Paris, the British naval forces had left a considerably poorer Spanish colony. Even more: Spain’s reputation on the Philippine Islands had suffered irreparable damage and rebellions against the colonial power increased. The progressive decline of the Spanish economic power in the 18th century and the achievement of independence through Spain’s colonies in Latin America, especially Mexico (for many years the seat of the Spanish viceroy, who was also responsible for the Philippines) in 1821, forced a fundamental political reorientation.

Cut off from the Mexican subsidies and the protected Latin American markets, the Philippines now had to look after themselves and acquire funds for administrative matters, which became increasingly difficult as a result of the economic isolation. A growing number of foreign merchants in Manila helped to promote the integration of the Philippines into a global trading system and to connect industrialized Europe and North America with the raw material sources and markets in Central and South America and Asia.

As early as 1856 there were thirteen foreign trading companies in Manila, including seven British. Between 1855 and 1873 Spain opened more ports for foreign trade. The advance of steam over sailing and the opening of the Suez Canal (1869) contributed to spectacular increases in trade. The main commercial products and extremely popular at the time were sugar, coffee, tobacco and abaka (also known as Manila hemp), which was particularly in great demand as the ideal material for ropes and cordage.

Faded shine or the end of Castilian grandeur

According to businesscarriers, the integration of the Philippines into the world economy and the world market also had consequences that went far beyond purely financial aspects. The opening of the Suez Canal not only drastically shortened the travel time between the “motherland” and its colony. Also a growing number of ilustrados Filipinos, educated and in various ways willing to reform, were able to travel to Spain and other European countries in greater numbers and more frequently than ever before. This variant of globalization in the 19th century had the explosive side effect that a rebellious mood in the Philippines could literally use the “ammunition” of the European Enlightenment, liberalism and the ideas of the French Revolution. “Liberty, equality, fraternity!” – that was an abomination to the ruling elites worldwide.

From 1896 the Filipinos intensified their (armed) struggle against the hated colonial rulers. Two years later, after almost 350 years of rule, Spain had to leave the archipelago – worn out on the one hand by Filipino “insurgents” and on the other by the armed forces of a new world power in the form of the United States of America, which is emerging in both the Caribbean and the Pacific. After years of heated debates, the forces there who, as “interventionists”, had resolutely pleaded for the incorporation of colonies as well. In the summer of 1898 before a gathering of Protestant clergy, US President William McKinley outlined the calculations as follows:

“And one night,” said McKinley, “I don’t know exactly how, but it took me and I decided:

* that we (the Philippines – i.a.) could not return them to Spain, that would be cowardly and dishonorable;

* that we could not leave them to France or Germany, our trade rivals in the Orient, that would be bad business and would discredit us;

* that we could not leave them to their own devices either, for they were not yet ripe for self-government, and they would soon fall into anarchy there and have worse mismanagement than the Spanish;

* That we had no choice but to take over all of them, to educate the Filipinos, to uplift them, to civilize and Christianize them and, with God’s grace, to do what is best for them as well as for our fellow human beings, for whom Christ died as well.

Then I went to bed, fell asleep, and had a sound sleep. And the next morning I summoned the War Department chief engineer, our map maker, and told him to put the Philippines on the map of the United States, and there they are, and that is where they will stay as long as I am President! ”

There were also sharp protests against this policy in the USA itself. One of the most famous critics of the US annexation of the Philippines was Mark Twain, vice president of the Anti-Imperialist League of the United States of America. The author of “Tom Sawyer’s Adventure” castigated this move by his government with the following words: “We Americans contradict our very own values, for which we stand, if we allow the American eagle to set its claws on foreign territory that does not belong to us. ”

Fine words that were stifled in the American-Filipino War that began in 1898 and in some parts of the archipelago (especially on the southern island of Jolo) only came to an end after over a decade and a half of gruesome massacres of civilians.

See the chronicle, American colonial rule and Japanese occupation as well as contemporary history after 1945.