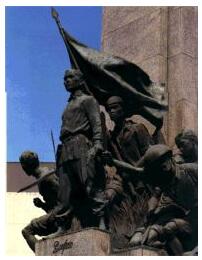 The Philippines finally gained independence on July 4, 1946. But shortly after the stars and stripes were overtaken, the USA was able to assert its dominant influence in the second Philippine republic. A bundle of bilateral treaties and agreements between Washington and Manila guaranteed the USA continued economic, political and military supremacy in the archipelago – the latter not least because of the largest military bases in the Philippines, Clark Air Field and Subic, which are maintained outside the North American continent Naval Base.

According to computerannals, the first decade of the Republic of the Philippines was marked by political unrest and guerrilla activity. The Huk movement had meanwhile been renamed the People’s Liberation Army and was striving for a people’s democratic order in order to break the dominance of the USA and the well-disposed Filipino elite. It was not until the mid-1950’s that the Huks succeeded in breaking the backbone of the Huks and defeating them militarily, as part of ongoing coordinated Philippine-American counterinsurgency measures under the leadership of the CIA liaison officer, later Major General Edward G. Landsdale.

Resistance, protest and armed conflict broke out again in the late 1960’s – at the height of the Vietnam War. In order to eliminate the armed organizations of the Communist Party of the Philippines (CPP) and its guerrilla force in the form of the New People’s Army (NPA) as well as the Moro National Liberation Front (MNLF) and the numerous private armies of influential politicians and businessmen, which had arisen in the south, imposed since 1966 incumbent President Ferdinand E. Marcos on September 21, 1972 nationwide martial law.

In the politically turbulent days of February 1986, the so-called People Power sealed the sudden end of the Marcos dictatorship. Marcos’ family and a group of their long-time loyal followers were flown into exile in Hawaii by the US Air Force on the night of February 25th to 26th. The widow of the former Marcos rival Benigno “Ninoy” Aquino, who was shot in 1983, Corazon C. Aquino, inherited the dictator. “Cory”, as Ms. Aquino was affectionately known, was celebrated effusively as the bearer of hope for democratic change. However, during her term of office, which ended in the summer of 1992, most of the reform projects she had announced remained unfinished. To this day, what the former Senate President Jovito Salonga once called “elite democracy” prevails in the country, a policy that is largely determined by long-established clans and political clans. Nothing changed during the reign of the Aquino son “Noynoy”, which ends on June 30, 2016.

From Aquino to Aquino

Numerous supporters urged “Noynoy” to become politically active and to initiate proceedings against his predecessor for corruption, election fraud and massive violation of human and civil rights. In mid-November 2011, Ms. Arroyo was prevented from leaving the country for medical treatment abroad by an injunction. Instead, charges of corruption and electoral fraud were brought against the former president, although she has since been under special hospital arrest at the Veterans Memorial Medical Center in Quezon City.

On January 16, 2012, under the chairmanship of Senate President Juan Ponce Enrile, impeachment proceedings began against the Chairman of the Supreme Court of the Philippines, Renato Corona. Most of the original eight charges have been dropped, so that the judge was primarily investigated for abuse of office and corruption. The former highest judge in the country came primarily into the line of fire of public criticism because his income and financial situation, which he reported himself and which he actually determined, diverged widely. The verdict finally came on May 29, 2012 – the senator’s jury decided with 20 to 3 votes To remove Corona from office. The accused saw himself as a victim of a politically motivated drift against him and his family, although he had no choice but to submit to his fate.

Both procedures grew out of an intra-elitist power struggle, whereby the politically and economically dominant powerhouse of the Cojuangco dynasty (the Aquinos are part of this family clan!) Is concerned with preserving and securing their large estates and wide-ranging corporate interests.

In the midterm elections in May 2013, the president’s political camp recorded substantial gains. But since then, Aquino’s star has faded noticeably. The steadily growing number of his critics described him as a “b-lame duck” – not only as a “lame duck”, but also as someone who always blamed others for their own failures and mistakes. That was the case during the great “Pork Barrel” fraud scandal, during disaster management during the severe typhoon “Haiyan” at the end of 2013 and during the disastrous deployment of an elite unit of the Philippine National Police (PNP) to arrest an internationally wanted terrorist in the south of the country in early 2015. In addition, the relationship between the president and his deputy, Jejomar Binay, was hopelessly shattered afterwards – unique in the history of the country – so that both fought bitterly to the end. Aquino’s designated successor, the former interior minister and Manuel “Mar” Roxas II, who was defeated in the elections on May 9, 2016, was also included in this dispute. Since the Philippine constitution does not provide for re-election, Rodrigo R. Duterte, who won the election by a huge margin of nearly seven million votes over Roxas, moved into the Malacanang Palace in Manila as the country’s 16th President on June 30, 2016.