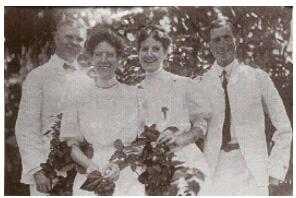 Only after the end of the Spanish era and the advent of the rising colonial power of the USA, which from 1898 onwards claimed ownership in the Caribbean (Cuba, Puerto Rico) and in the Pacific (to Hawaii) also to the Philippines, did the Moros succeed in bloody pacification campaigns that lasted until 1916 in some regions of Jolo.

In fact, US troops entered an independent country; On June 12, 1898, Emilio Aguinaldo proclaimed the first republic in Asia after the Philippine revolutionaries had successfully prevailed against Spain by force of arms. The USA legitimized the taking over of the Philippines as Benevolent Assimilation(“benevolent assimilation”). Anyone who resisted it was considered “insurgent” and was relentlessly fought. But those who, on the other hand, were willing to collaborate enjoyed among other things the blessings of the “pensionado” program, according to which Filipinos were given the opportunity to study at elite universities in Manila or in the USA. The population of the Philippines, numbering around 6.5 million people at the turn of the last century, was literally decimated because the Filipinos did not want to accept the exchange of one colonial power for another without defenselessness.

One who stood out as a particularly cruel US warlord was John Joseph Pershing(1860-1948). He was nicknamed “Black Jack” because at the beginning of his steep career in the military he commanded an all-African American unit. Pershing acted on numerous fronts around the world. Between 1899 and 1913 he held various posts in the south of the Philippines alone – first in the customs office, then as commander of a cavalry unit, later as military governor of Moro province and as supreme commander in Mindanao. In the southern Philippines, especially on the island of Jolo, “Black Jack” and Major General Leonard Wood were the main people responsible for the execution of the so-called “pacification campaign” against rebel Muslims – thousands were massacred during this campaign. No wonder that Pershing and other high-ranking US officers from the point of view of the Moros to this day as ”

“Black Jack” died in the summer of 1948 and was finally buried in the Arlington Cemetery of Honor. But his actions outlived him. In the 1970’s, at the height of the US wars against the peoples of Vietnam, Cambodia, and Laos, Professor Frank E. Vandiver, a military historian and lecturer at West Point Military Academy, described Pershing as “the greatest man since Jesus Christ” . Even NATO strategists must have been so impressed by the general’s myth, penetration and heroism that in the early 1980’s they stationed cruise missiles as well as Pershing missiles in Western Europe to make this part of the globe against then possible to arm the attacks on the part of the still intact Soviet Union.

Around 50 years of US rule – initially in the form of a military government – left far more lasting traces in the Philippines than the nearly 350-year-old colonial era of the Spanish. American English became the medium of instruction in schools, colleges and universities in the country. And much more than among the Spaniards, the Filipinos, as “little brown brothers”, had to experience how the USA penetrated all the pores of their social, political and economic life and brought in a docile local elite that served their interests.

In contrast to all the other colonial powers in Southeast Asia – the British in Singapore, Malaya, Burma and Hong Kong; the French in Indochina, today’s states of Vietnam, Laos and Cambodia; the Portuguese in East Timor and Macau and the Netherlands in Indonesia – the USA first announced their intention in the mid-1930’s to give the Philippines independence after a transitional period of ten years and to grant them Commonwealth status in the meantime.

A special feature was that at that time the islands were able to operate their own immigration policy – free of restrictions, for example when setting immigration quotas. After the first wave of refugees had already arrived on the archipelago in September 1938, the Jewish community alone continued to grow in numbers. With around 2,500 members, it peaked at the end of 1942. Background: The anti-Semitic politics of the Nazis caused numerous people – including tens of artists and cultural workers – to flee Germany and seek safe havens elsewhere. Many intellectuals, writers, scientists and artists emigrated to the USA, Manila or Shanghai – places where at that time a lenient and relatively liberal immigration policy was being pursued.

In addition to Alaska, Madagascar, Mexico, the Dominican Republic, and Palestine, the Philippines were also among the resettlement areas considered as new homes for Jewish communities around the world. Commonwealth President Manuel Quezon and his cabinet were prepared in 1939 to allow around 2,000 Jewish families to enter the Philippines in the course of the forced colonization of Mindanao, and around 5,000 families a year up to an upper limit of 30,000. Mindanao – especially the Bukidnon Plain to the north – was at the top of the list of promising and potentially safe places of refuge for political refugees from near and far.

According to cheeroutdoor, legal delays as well as the Japanese invasion and conquest of the Philippines (1941-45) thwarted the settlement plans. One of the world’s largest Japanese colonies existed on Mindanao even before the war. Because of its wealth of resources, the island served as a magnet for large Japanese companies.