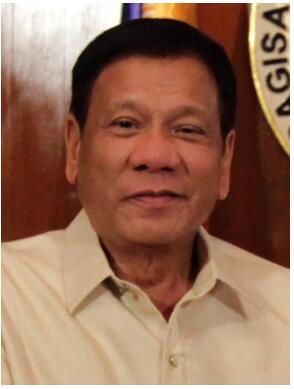 The Republic of the Philippines is largely a US-American model presidential system with two chambers, the House of Representatives with around 290 members (including a certain number of reserved seats as part of the party list system) and a 24-member Senate. Congressmen are elected every three years, while senators are elected every six years, with half being elected after three years.

Until Marcos took office, two parties essentially determined political life – the Liberal Party and the Partido Nacionalista. Since Corazon C. Aquino took office, the party landscape has become very differentiated and, with numerous wings of one and the same party, remains difficult to see through, even for the most knowledgeable Filipino analysts. But almost all parties are characterized by the fact that they are hardly programmatic, but rather function in the sense of political clusters and clientelistic networks.

The President, who has great powers at the head of the executive branch, is simultaneously head of state, head of government and commander in chief of the armed forces, the Armed Forces of the Philippines (AFP). He / She appoints the members of the Cabinet and has a right of veto on legislative decisions of Congress. His / her term of office ends after six years; re-election is not possible.

The legislature consists of the House of Representatives and the Senate. The judiciary is based on US civil law. The current constitution from 1987 contains a Bill of Rights, according to which the principle of constitutional jurisdiction applies. This means that the rights of every citizen are enforceable in the Supreme Court. In principle, this also applies to state laws that are not considered to be constitutional.

The Supreme Court consists of 15 judges, who are appointed by the President on the proposal of a Judicial and Bar Council, and who remain in office until the age of 70. The Sandiganbayan is a special court that deals with corruption cases that government officials are involved in.

According to computergees, the constitution of the First Philippine Republic came into force in 1899, when Spanish colonial rule ended. Other constitutions followed in 1946 when the Republic of the Philippines was granted independence by the United States, and in 1973 under the Marcos dictatorship. The current constitution dates from the era of Corazon C. Aquino and was passed on February 2, 1987.

The rule of law in the country has always been very controversial and has often been viewed critically. There is no shortage of excellent laws. The key problem here is how to actually implement them. Since until now the actual power in the state has only been in the hands of a few politically potent and very wealthy families and large companies that own land, it is hardly possible for the “ordinary citizen” to oppose these powerful interests.

There is a gaping contradiction between being right and getting it enforceable. A big problem was and is adequate witness protection. Whenever and whenever people want to testify against influential local and / or regional politicians in court and take the stand, they must acutely fear for their lives. Too often it happened that a little later such people were literally “liquidated” by hired henchmen of the accused.

In particular, the era of President Gloria Macapagal-Arroyo (January 2001 to the end of June 2010) was characterized by a culture of impunity, as almost 1,200 people were victims of “extrajudicial killings” and over 200 people disappeared without a trace. The victims – leading figures from trade unions, workers ‘and peasants’ associations, and even doctors, media and church people, who were mostly seen as critics of the government – were murdered with no penalty. Most of the perpetrators – suspected primarily in the vicinity of state “security” forces – are almost all free. International human rights organizations such as Amnesty International and the UN Special Envoy Professor Philip Alston have therefore repeatedly criticized the government in Manila.

Expectations were high when, at the end of June 2010, Simeon Aquino III with Benigno “Noynoy”. the son of ex-Senator Benigno “Ninoy” Aquino and ex-President Corazon “Cory” Aquino and also a scion of the powerful Cojuangco clan, began his six-year term as the 15th President of the Philippines. Although the number of “extrajudicial executions” was far lower than under Arroyo, the persistent “culture of impunity” and the world’s slowest judicial system have repeatedly been sharply criticized.

The President Rodrigo R. Duterte (72), who has been in office since June 30, 2016, had already declared the conversion of the existing presidential into a federal system to be one of his main political concerns during his election campaign. Until spring 2017, however, no recognizable signals had been sent in this direction, so it remains to be seen whether this topic, which the population is largely dispassionate about anyway, will even determine the top agenda of the new government.