Qatar is an emirate consisting of a peninsula that juts out into the Persian Gulf from the northern coast of the Arabian Peninsula and some smaller islands around it. However, the Hawara Islands just west of the peninsula belong to Bahrain. The country borders only Saudi Arabia. Much of the country consists of low plains covered with sand. To the southeast is the “Inland Sea”, an area covered by dunes that surround the inlet of the bay. 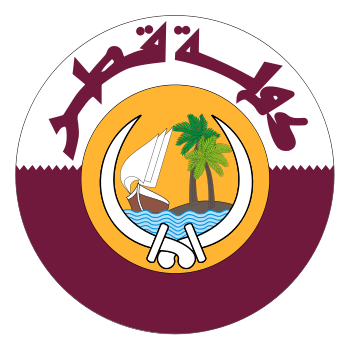 What is today Qatar was Persian for several thousand years before it became part of the Ottoman Empire in 1872 to become a British protectorate in connection with the First World War. The country became independent on September 3, 1971 and chose not to join the United Arab Emirates like the other emirates in the area (with the exception of Bahrain) which gained their independence at the same time.

Before the oil in the country was discovered, the economic activities in the country focused on fishing and pearl hunting. However, after the launch of the Japanese pearl in the 1920s and 1930s, Qatar’s pearl industry declined. During the 1940s, oil was discovered, which completely changed the country’s economy. Today, the country has a high standard of living, with all the amenities found in a modern state. Qatar is today the world’s richest state per capita ($ 60,000 in 2006).

The majority of Qatar’s residents are workers from other countries, thanks to the oil industry. Many of the workers come from South Asia and from poorer neighboring Arab countries. As these are mainly men, Qatar has the world’s most skewed gender distribution, 1.88 men per woman.

Compared to other Arab countries such as Saudi Arabia or Kuwait, Qatar has relatively liberal laws. For example, women are allowed to drive in Qatar, which they are not allowed to do in Saudi Arabia. Qatar’s laws also allow alcoholic beverages to some extent, but bars and pubs only exist in expensive hotels, unlike Dubai and Bahrain, where nightclubs and similar phenomena are legal. The TV channel al-Jazira is based in Qatar. Qatar Airways is Qatar’s international airline.

The following objects in Qatar are listed as a UNESCO World Heritage Site.
The year in which the item was added to the list is indicated in parentheses.

Electricity and electrical outlets in Qatar

According to Countryaah, Doha is the capital of Qatar, and has 400,051 residents (2005). The city became the capital of the British Protectorate of Qatar in 1916, and remained the capital when Qatar became independent in 1971. Major industries in the city are oil and fishing. Near Doha is Education City, an area dedicated to research and education.